Airbus delivers more units than Boeing for the second month in a row; Xiamen Airlines receives its 100th Boeing aircraft, a 737-800 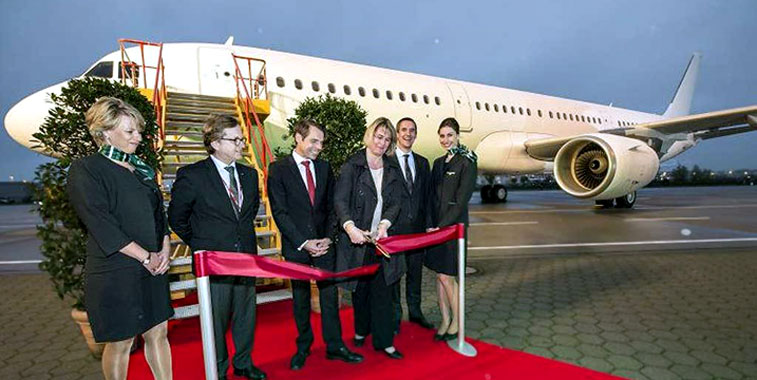 On 12 November, Germania took delivery of its first A321 equipped with sharklets. The new aircraft will operate exclusively for Alltours, the German tour operator based in Duisburg, from Düsseldorf to popular holiday destinations in Europe and North Africa. The move is part of Alltours’ plan to sharpen its brand image ahead of the 2014 summer season in which it will reportedly operate three of Germania’s A321s.

While Airbus maintained its leading position over Boeing in terms of monthly aircraft delivered in November, the American manufacturer continues to lead the 2013 delivery race by 19 units (down from 26 in October). Having delivered more than 100 aircraft each month since March, the two manufacturers have once again recorded an impressive score, making it the best November since anna.aero started tracking aircraft deliveries in 2008. The combined deliveries of both producers for November was 109 units, of which 58 came from the European manufacturer. Airbus improved its performance compared with the same month last year, delivering four more units, while, Boeing maintained the same number of airframes delivered. 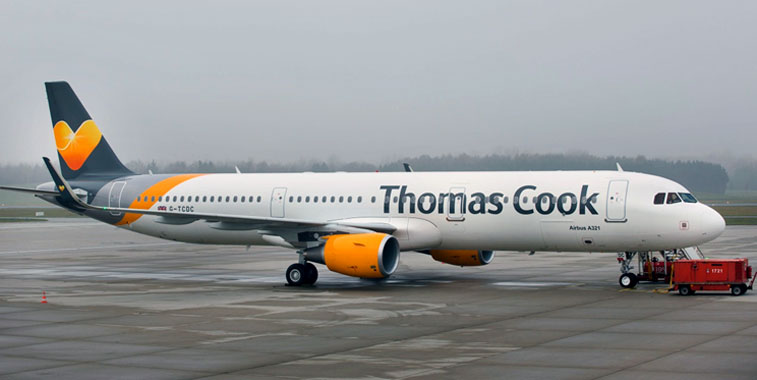 On 22 November, Thomas Cook Airlines received the second of 23 new A321s to be delivered by 2016, which is the carrier’s first UK aircraft in its new livery. Christoph Debus, CEO of Thomas Cook Airlines UK said: “This marks the beginning of an exciting phase for our UK airline as we look ahead to our first new aircraft this December. It’s very symbolic that we will see the first of our new Airbus A321 aircraft in the UK take on our new livery, an icon for the new Thomas Cook. “ 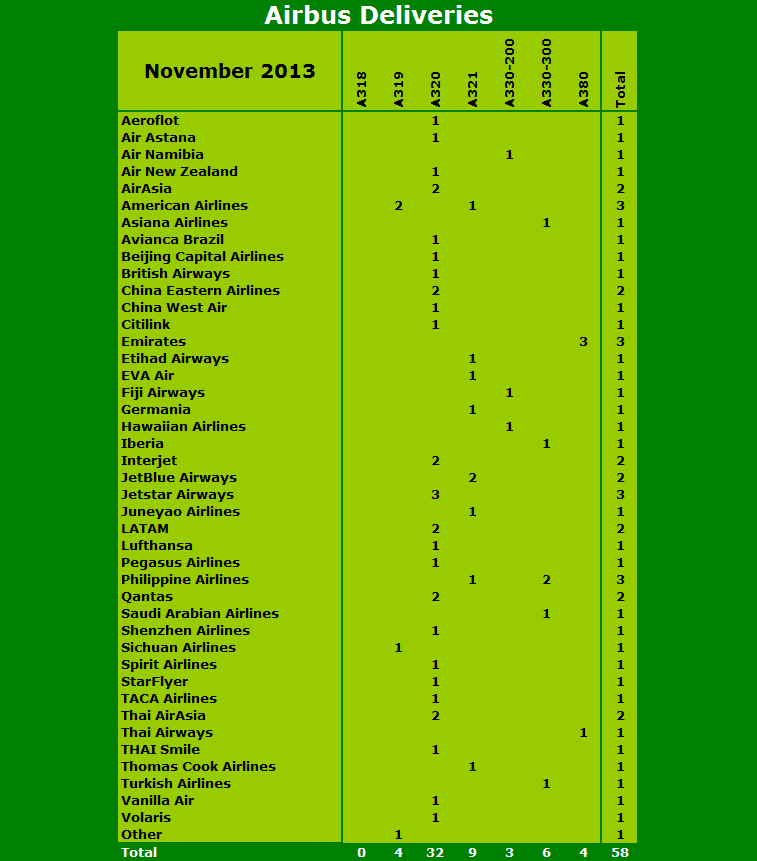 Airbus ended the month with a total of 58 units delivered, which constitutes one unit less than the amount delivered in October 2013, and four more than in November last year. Over the 11 completed months of 2013, Airbus delivered a total of 562 units, an increase of 8.9% (+46 units) on the same period of 2012.

Single-aisle deliveries in November were led by the A320 (32 units) with an overall of 45 single-aisle jets provided to carriers worldwide. American Airlines was one of two carriers to receive more than two narrow-body units from Airbus, as it took two A319s and its first A321. In addition, Jetstar Airways received three A320s, while a further of seven carriers saw two Airbus narrow-bodies join their respective fleets in November.

13 wide-bodies were delivered in November, one more than in the preceding month and the same amount as in the corresponding month of 2012. Two airlines in particular received more than one wide-body unit from Airbus: Emirates took delivery of three A380s, while Philippine Airlines received two A330-300s. Emirates is the largest operator of A380s in the world with a fleet of 41 aircraft as of 28 November 2013. A total of four Super Jumbos (one more for Thai Airways) were delivered in November, same as in the previous month. 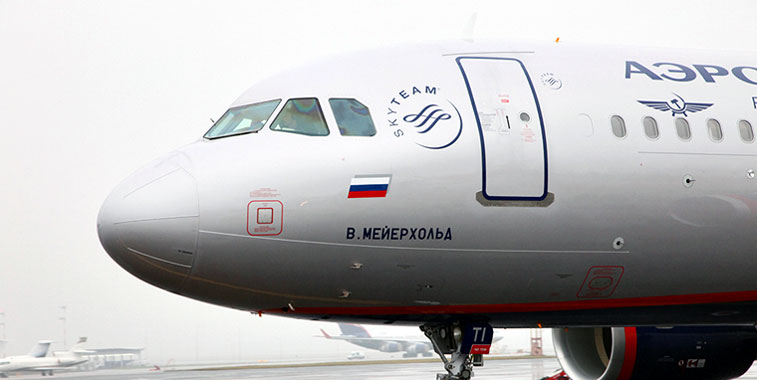 Aeroflot took delivery of a brand new A320 on 26 November. The aircraft is named in honor of Vsevolod Meyerhold, the Russian theatrical producer, director and actor. 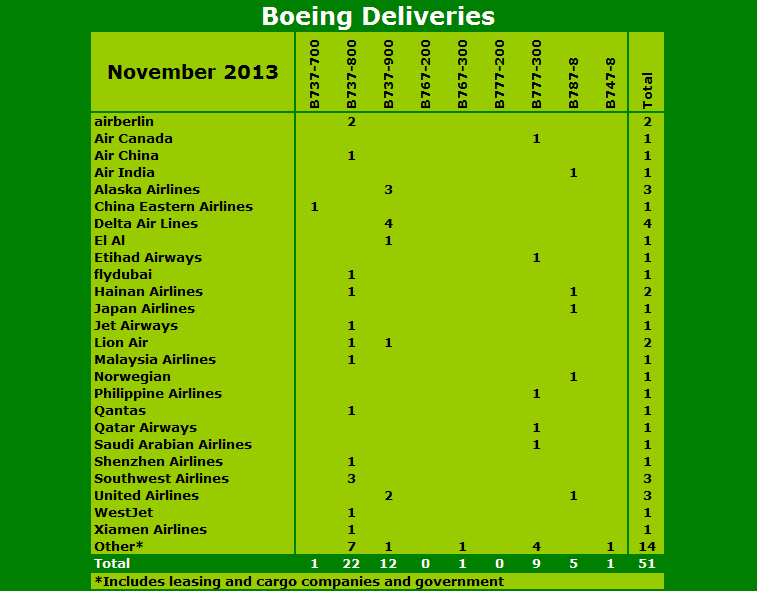 Boeing closed November with a total of 51 units delivered, three less than in October and the same amount as in the corresponding month of 2012. Boeing’s total for the first 11 months of 2013 is 581 aircraft, an impressive 44 units more than in the corresponding period from 2012 (+8.2%).

Carriers received a total of 35 narrow-bodies from the American producer, one more than in the preceding month. In November, Delta Air Lines was the largest recipient of the 737 family aircraft for the second consecutive month, as it took four 737-900s. Other carriers to receive more than one single-aisle unit from the American manufacturer were Alaska Airlines (three 737-900s), Southwest Airlines (three 737-800s), airberlin (two 737-800s), Lion Air (one 737-800 and 737-900), as well as United Airlines (two 737-900s). China Eastern Airlines was the only carrier to take delivery of a 737-700 in November, while Xiamen Airlines celebrated its 100th Boeing aircraft, with the delivery of a brand new 737-800 on 12 November.

Four less wide-body airframes were delivered by Boeing in November 2013 than in the preceding month. Moreover, the American producer worsened its year-on-year performance, delivering one less wide-body unit than the 17 it managed in the corresponding month last year. Following six and nine 787s delivered to carriers in September and October respectively, Boeing continued to clear the backlog with a total of five units of the type reaching five customers in November. In fact, the US manufacturer passed the 100 delivered unit milestone on 4 November, with Japan Airlines’ taking a 787-800 delivery. Cutting the ribbon in celebration of Xiamen Airlines’ 100th Boeing aircraft on 12 November were (left to right): Ihssane Mounir, SVP for Sales for Northeast Asia of Boeing; Che Shanglun, President and Chairman of Xiamen Airlines; and Raymond Conner, EVP Boeing. Commenting on the newly delivered 737-800, Shanglun said: "Having an all-Boeing fleet is a key component in our growth strategy and our ability to achieve 26 consecutive years of profitability. With excellent reliability, operational efficiency and range, the Boeing airplanes enable us to expand our network internationally." (Photos: Many thanks to CARNOC)