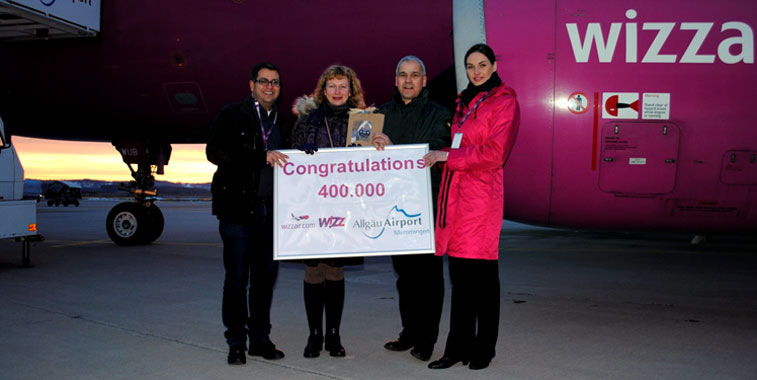 On 18 December, Wizz Air celebrated carrying 400,000 passengers at Memmingen Airport, since it started serving the German airport in 2009. The lucky passenger was Veronika Bubley from Donetsk, who was accompanied by her husband. The milestone was marked by (left to right): Daniel de Carvalho, Wizz Air’s Corporate Communications Manager; Veronika Bubley; Ralf Schmid, CEO of Memmingen Airport; and Katerina Mykhalyuk, Wizz Air’s flight attendant. 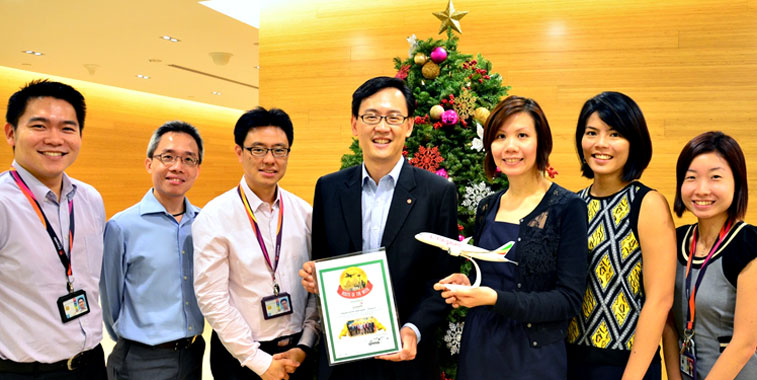 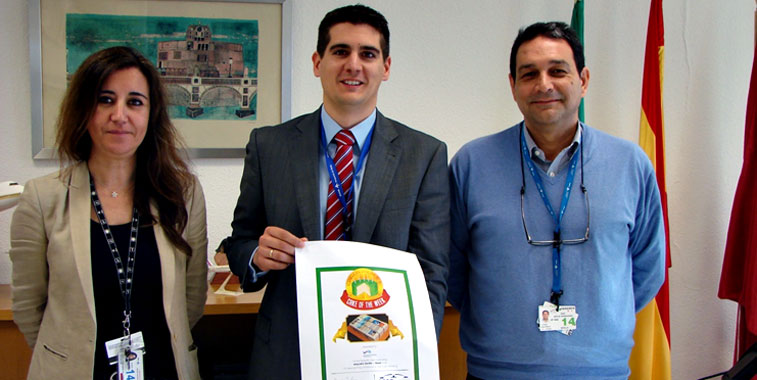 Helsinki Airport celebrated the 15 million passenger milestone, which was achieved for the first time in history. The lucky passenger was Jiayang Zhuo, who was travelling from Amsterdam to Shanghai Pudong. He was welcomed by Ville Haapasaari, Helsinki Airport Director, Santa Claus, and Axl Smith, Voice of Finland host. Berlin Tegel Airport celebrated its 26 millionth passenger on 27 December, the first time the airport has achieved this milestone in its history. The lucky passenger was Paola Mora, who was travelling with airberlin to New York JFK Airport. She was awarded two return tickets to any of airberlin's US destinations and given the opportunity to travel in business class. The milestone was marked by (left to right): Uwe Berlinghoff, airberlin's SVP Communications; Paola Mora; and Lars Wagner, Spokesperson for Flughafen Berlin Brandenburg. On 19 December, Manchester and Shannon Airports welcomed for the very first time the arrival's of Cathay Pacific Airways' 747-8 Freighter, which departed from Sydney in Australia. The world's largest commercial air freighter will serve both airports from Sydney via Hong Kong on a regular basis, with its unmatched capacity and capability of over 130 tonnes of cargo. 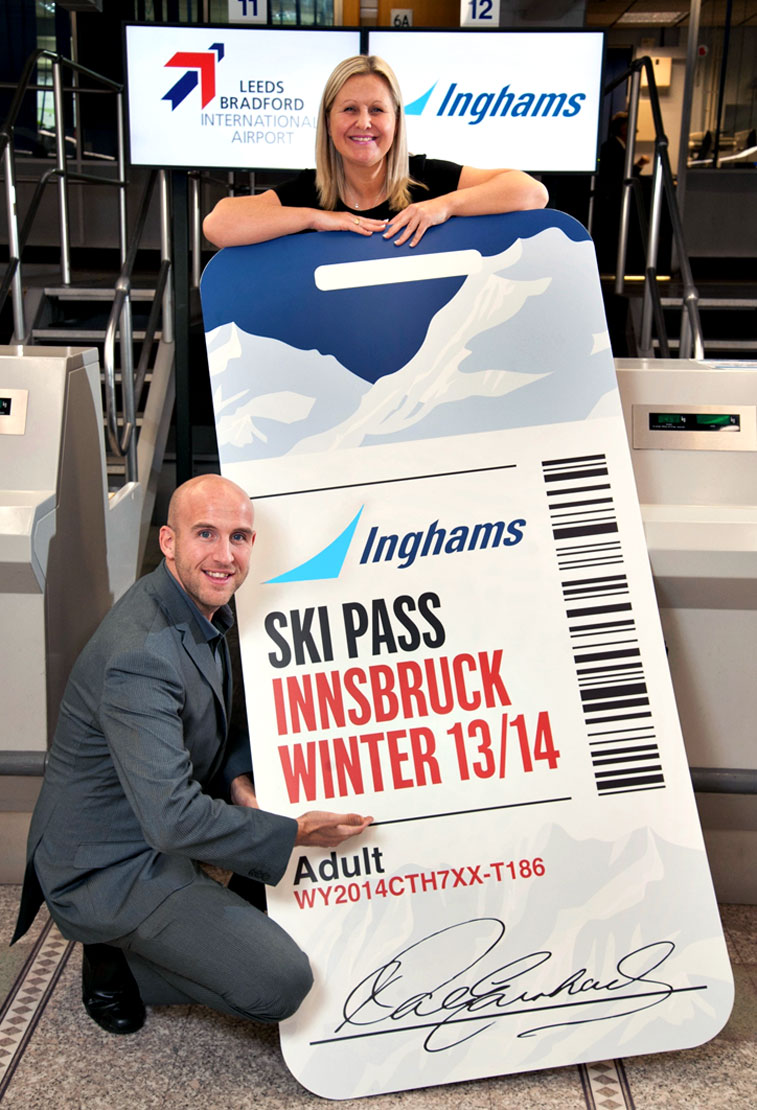 Leeds Bradford Airport celebrated on 21 December the launch of Inghams’ schedule to Innsbruck Airport in Austria, which will operate until 5 April. The tour operator is offering Yorkshire travellers easy access to a total of 28 world class skiing resorts in Austria and Italy. The event was marked by (left to right) James Broughton, Sales & Marketing Manager and Emma Holliday, Leisure Sales Executive at Leeds Bradford. Belgrade Airport celebrated on 16 December the launch of B&H Airlines' four weekly services from Sarajevo in Bosnia and Herzegovina with the traditional water arch salute and a press conference. airBaltic and Tez Tour celebrated on 28 December at Riga Airport the inaugural of charter flights to Salzburg in Austria that will operate on Saturdays throughout the entire winter season. Cutting the celebratory cake's first slice were (left to right) Aldis Mūrnieks, Chairman of the Board at Riga Airport; Konstantīns Paļgovs, General Director of Tez Tour; and Jānis Vanags, airBaltic’s VP Corporate Communications.