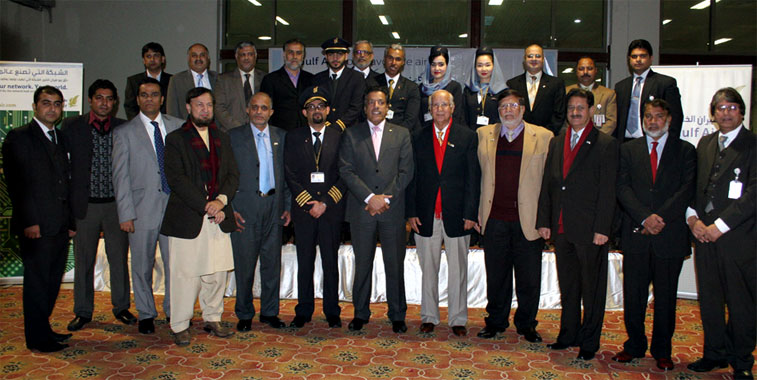 On 17 January, Gulf Air launched twice-weekly A320 services to Sialkot, its fifth destination in Pakistan, as it emerges from its lengthy network restructuring. Marginal growth at the carrier is already being noted this month versus the same month last year — welcome news for home market Bahrain.

Bahrain has had more than its fair share to deal with over the last few years — the riots in 2011 which damaged traveller confidence, the voluntary bankruptcy of its second biggest airline Bahrain Air in February 2013 and the on-going network restructuring of the country’s home-based carrier Gulf Air. The impacts of these recent events are illustrated in the country’s passenger traffic over the last 10 years, all of which flows through Bahrain International Airport. 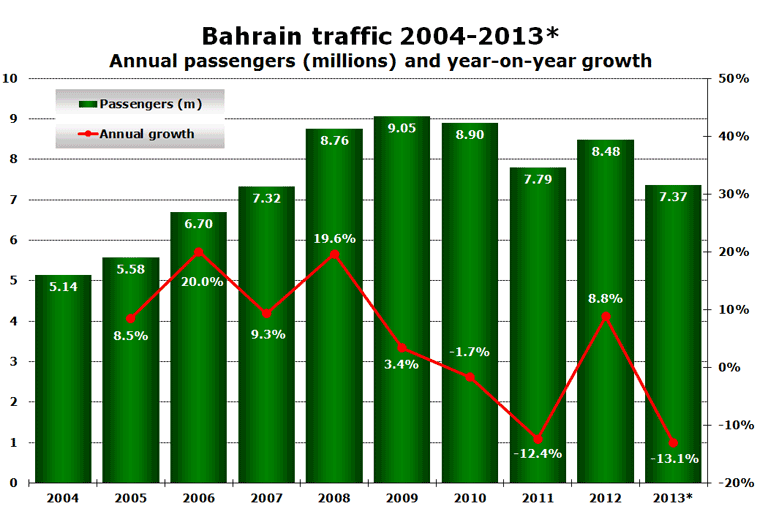 A clear growth trajectory was evident between 2004 and 2009, with average annual increases of 12% recorded in that period, driven in part by the start-up of Bahrain Air in February 2008. However, when the airline switched business models in early 2010 from LCC to full service, perhaps the long-term future of the carrier was already in question. Looking at the 2010 passenger figures, the lower loads typically carried by a full service airline, when compared to those achieved by an LCC, may well have contributed to the marginal traffic decline in that year.

As Bahrain Air was still operational 12 months ago, this year’s total weekly seat figures are still coming to terms with that capacity loss, indicating an 8.4% decline when compared to last January. The top 12 country markets from Bahrain represent over 90% of total traffic into and out of the country, a sharp rise from 85% a year ago, despite the fact that the top eight market positions have remained unchanged in that time. The Middle East region dominates, with 75% of the top 12 country markets. 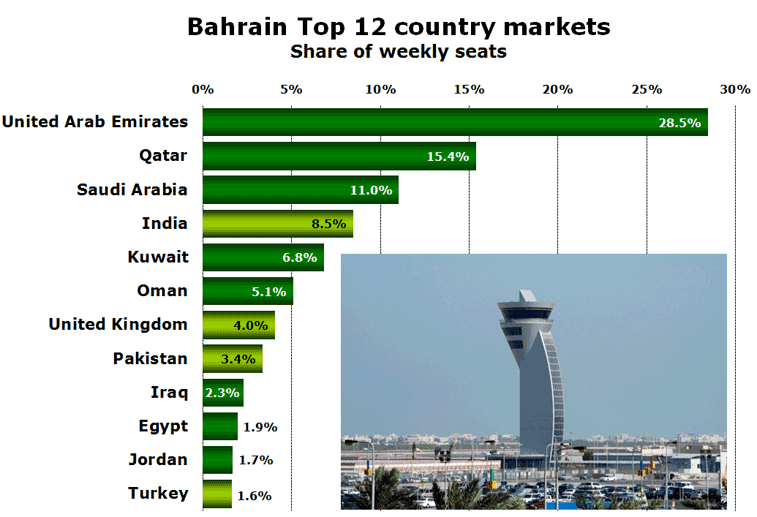 The country market indicating the biggest growth over the past 12 months is Iraq, with a more than 50% increase in weekly seats. Last January, Gulf Air flew 12 weekly services, split between Baghdad (five) and Al Najaf (daily). However since then, Iraqi Airways has added four weekly flights to Baghdad and a thrice-weekly service to Al Najaf – although Gulf Air has trimmed back its services to the former to thrice-weekly. India has seen the most significant reductions in the past year, losing over 3,500 or 27% of its weekly seats — due predominantly to the loss of 21 weekly services previously operated by Bahrain Air.

The top 12 airlines operating in Bahrain represent 92% of total traffic into and out of the country, a modest decline from 93% last year. Again, the Middle East commands the Bahrain market, with seven out of the top 12 airline spots. An indication that the worst is over in terms of Gulf Air’s network rationalisation is shown in the last 12 months of weekly seat data by airline, which identifies that the Bahrain-based airline has actually grown its seats by just over 1%. This comes despite the fact that its net destinations served from Bahrain is -1, having culled services to Colombo, Copenhagen, Dhaka, Rome Fiumicino and Kathmandu but added Dubai Al Maktoum, Mashad, Sialkot and Thiruvananthapuram since last January. The title for most significant annual growth goes to KLM however, which has grown by 40% year-on-year, increasing its operations into Bahrain from 10 weekly A330 flights to double-daily. 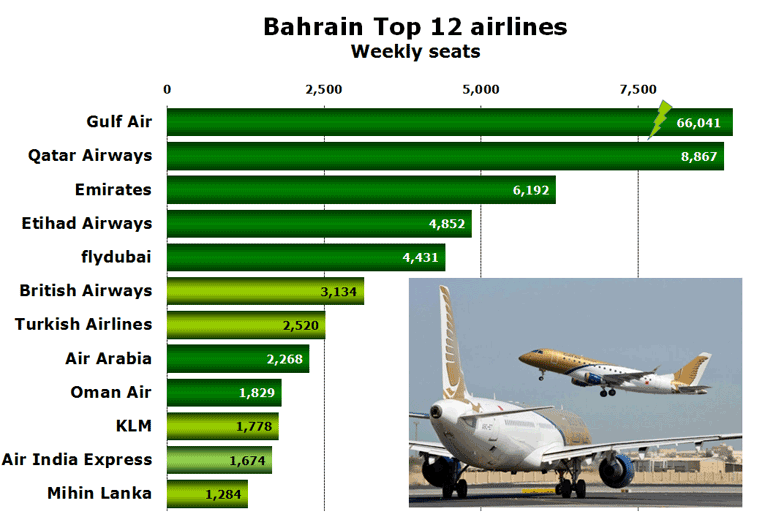 Bahrain Air, which operated nearly 14,000 weekly seats last January, is the obvious worst offender when it comes to annual capacity reductions. When the airline ceased operations it was flying to 15 destinations in India (Kochi, Kozhikode, Mumbai and Thiruvananthapuram), Saudi Arabia (Dammam, Jeddah and Riyadh), Jordan (Amman), Lebanon (Beirut), Bangladesh (Dhaka), Qatar (Doha), UAE (Dubai) Sudan (Khartoum) Nepal (Kathmandu) and Kuwait (Kuwait City). Possibly in reaction to Bahrain Air’s demise, all of the MEB3 have been piling extra seats into Bahrain over the last 12 months — with Qatar Airways leading the capacity charge (+17%), followed by Etihad Airways (+13%) and then Emirates (+10%). Etihad’s growth and flydubai’s marginal decrease in capacity (-2.3%) has seen the Abu Dhabi-based carrier leapfrog the Dubai-based LCC into #4 spot. Aside from flydubai’s capacity reduction, British Airways is the only other airline in the top 12 reducing its weekly seats, down nearly 20% year-on-year, but despite this climbs one place up the top 12 to sixth, again courtesy of the loss of Bahrain Air.