First ever ‘Arch of Triumph’ disqualification for Colombian FTWA 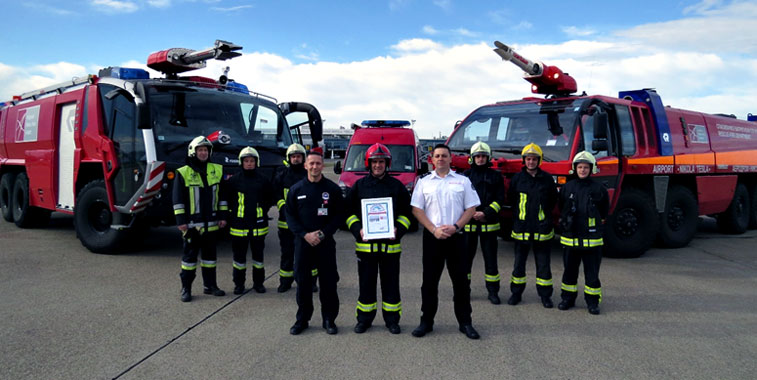 So coveted is the FTWA winner’s certificate that ordinarily anna.aero imposes strict rules on which water arches are included in the weekly competition, for fear of wide-scale rioting at the next jolly (I mean hectic business gathering) convened for aviation marketing professionals. However, this FTWA was so spectacular that we felt it is was worthy of bringing to the attention of the world’s network planning community, despite being a few days late for this week’s competition. Ouch! Apparently the firefighter lost control of the monitor while performing the FTWA. Looking at the video, we think it was closer to a little bit of target practice. Here’s the video so you can make up your own minds: http://www.vanguardia.com/actualidad/colombia/video-241755-incidente-en-el-vuelo-inaugural-de-easyfly-en-pereira

Marc: 9.9 We are less than six months into aviation’s latest new route marketing craze, yet this water arch will go down in FTWA history forever. The arch itself was average, but what happens afterwards is truly of legendary status.

Paul: 9.2 This FTWA apparently went wrong due to a misunderstanding about what a “Jetstream” can be. The young Pereira fire crew only know it as a killer stream of water whereas, in this instance, it was the name of a fine British aircraft which has been out of production since 1993. Yet again an accident which was a bizarre combination of circumstances.

Ralph: 9.2 It looks like someone has been watching too much Total Wipeout, a TV show that is actually filmed in South America (Argentina), and thought that the idea was to try and knock the aircraft off its undercarriage.

Vlad: 9.9 It’s been almost two months since I have been judging this contest and this FTWA is the best of it by far. Whoever was operating the left monitor is a great ‘hero’, as damaging the door of an aircraft during a welcoming ceremony is a first in aviation history.

Unfortunately, despite getting the highest score ever, and following a steward’s inquiry where head judge Paul cited Article IIIa, sub-section 2.21 of the FTWA rule book ‘…fire-truck water arches will be disqualified from competition if it is deemed that harm has come to aircraft crew or dumb animals’, this FTWA was withdrawn from the 2014 competition. 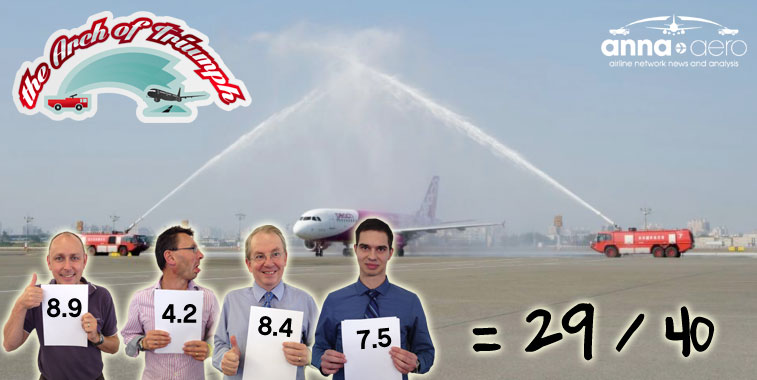 Despite a bit of Swiss chocolate action and because of a disqualification, this FTWA wins!

Marc: 8.9 This is top monitoring from our friends in Taiwan. However, the crews at Kaohsiung have played it safe, rather than getting nice and tight to the aircraft, resulting in a bit of ‘Tobleroning’ which saw them lose marks from me.

Paul: 4.2 It’s one of the finest “Toblerones” ever produced. If we awarded points for producing shapes to match the ridiculous Swiss chocolate favoured by duty free stores Kaohsiung would carry off this year’s prize before January had even expired. But we don’t, and Kaohsiung won’t. An arch should be arch-shaped.

Ralph: 8.4 Nice effort this. Good alignment of trucks, decent camera angle, nice blue sky (a bonus), and symmetrical jets. But it is just a bit too ‘pointy’ to be a great arch.

Vlad: 7.5 Despite the fact that this is a triangular FTWA, also referred as “Tobleroning”, I like it as it features a symmetrical dual setup by the two monitors. However, a FTWA without a curvature is not really an arch, therefore, it can’t score more than 7.5 (the only exception being a SWISS flight). 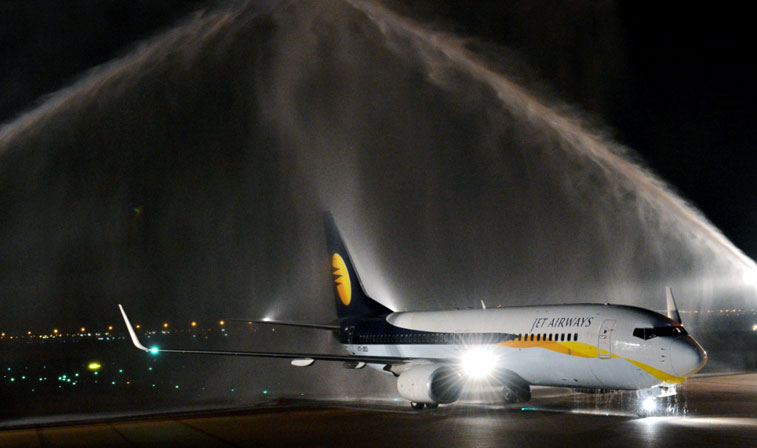 Where are the tenders? For all we know this could just be two very leaky water bowsers.

Marc: 3.2 There are several critical elements when taking a picture of a FTWA…and top of the list is being able to see the whole arch…or triangle in this case. Another vital element is seeing the tenders…to allow a bit of airport branding into the picture. This fails on both counts. Points awarded for night shot only.

Paul: 4.2 Verrrrrrrry refreshing arrival in AUH after a hot and sticky Chennai (+30C). But the lack of fire trucks, or any Abu Dhabi placement whatsoever, means that this welcoming/marketing exercise suffers from “This Could Be Rotterdam or anywhere, Liverpool or Rome Syndrome” —an FTWA condition which influenced a track of the same name on The Beautiful South’s million-selling 1996 album “Blue is the Colour”. In contrast, the reproduction of this arch here is likely to be as famous as it gets.

Ralph: 5.5 Not often you see the water actually dripping off the underside of the aircraft, but thanks to this night-time shot you can. Neither fire truck is visible which is a shame, and the arch (what we can see of it) looks a bit pointy.

Vlad: 6.4 Even though this night-capture looks amazing, I can’t say the same about the FTWA, as neither the two trucks nor the top of this “Tobleroning” arch are visible.