WOW air growing rapidly from Reykjavik/Keflavik Airport; ASKs up 61% in 2014 but Stockholm Arlanda is only new destination 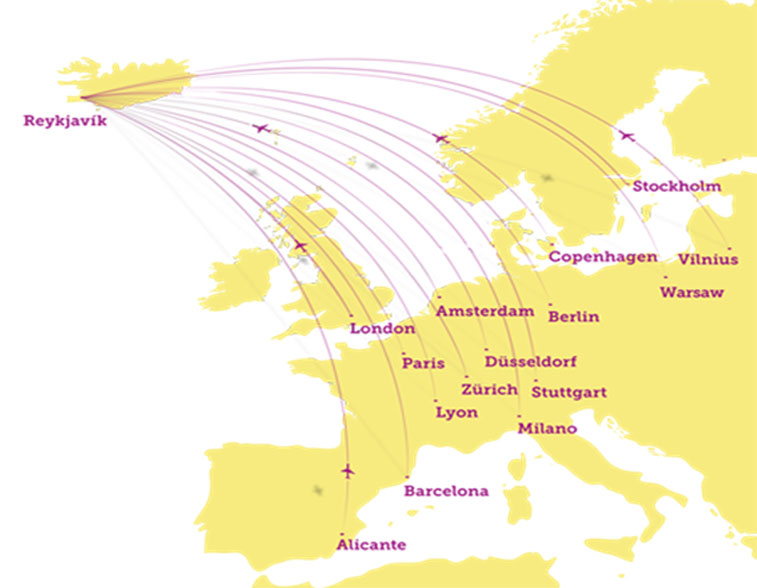 WOW air continues to grow in 2014 as the carrier’s summer schedule includes 15 routes from Reykjavik/Keflavik Airport to cities in the western and central part of Europe, with the German routes accounting for 18% of the airline’s weekly flights.

WOW air is an Icelandic low-cost carrier that was founded in November 2011 and describes itself as “the airline with the biggest smile and lowest prices”. The carrier is growing rapidly, as analysis of Innovata schedule and capacity data indicates that the airline will be featuring around 1.6 billion ASKs in 2014, 61% more than in the previous year. In fact, December 2014 capacity results in over 450% growth when compared to 2012, the year WOW air began commercial operations with thrice-weekly services between its main base at Reykjavik/Keflavik and Paris CDG.

With a current fleet of four leased A320s, and two more expected to be delivered by the end of spring, the airline’s summer schedule comprises 15 routes from Keflavik. Between summer 2012 and summer 2013 the carrier increased its network from its hub from 10 destinations to 14. WOW air serves in total 11 different country markets, with German routes accounting for 18% of the carrier’s weekly flights, followed by the services to London Gatwick, with a market share of 17%.

So far this year WOW air has put on sale just one new destination for S14 — namely Stockholm Arlanda from 2 June. Flights to Sweden’s main gateway, a sector length of just over 2,100 kilometres, is already served by Icelandair’s twice-daily flights from Keflavik. Overall, five out of WOW air’s top 13 routes will experience capacity decline in August. Services to Gatwick and Copenhagen will record the greatest capacity decreases, -32% and -29% respectively, while, flights to Zurich will see a massive growth of over 160%, when compared to August 2013. 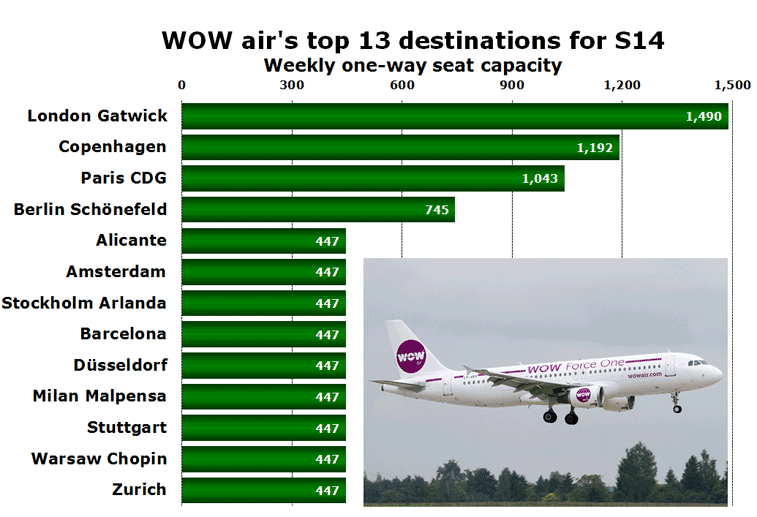 Iceland’s first low-cost carrier, Iceland Express, operated to several destinations in Europe and North America utilising leased equipment. At the end of October 2012, WOW air acquired Iceland Express’ operations and network, leading to an increase in frequency to Gatwick and Copenhagen, as well as new services to Berlin Schönefeld, Salzburg, Warsaw Chopin and Kaunas. The airline’s integration of Iceland Express’ network appears to have gone well as according to Innovata, WOW air’s ASKs increased by over 280% in 2013 when compared to the previous year.

WOW air is the second biggest airline at Keflavik with around 13% of weekly seats, behind the flag carrier Icelandair, which dominates with a market share of 70%. Close analysis of available schedule data for next summer reveals that WOW air will face direct competition on 11 of its 15 routes from Keflavik, while having a monopoly on the remaining four routes. Icelandair competes directly on eight routes, with the services to Gatwick being the most keenly contested by the flag carrier’s 18 weekly flights. 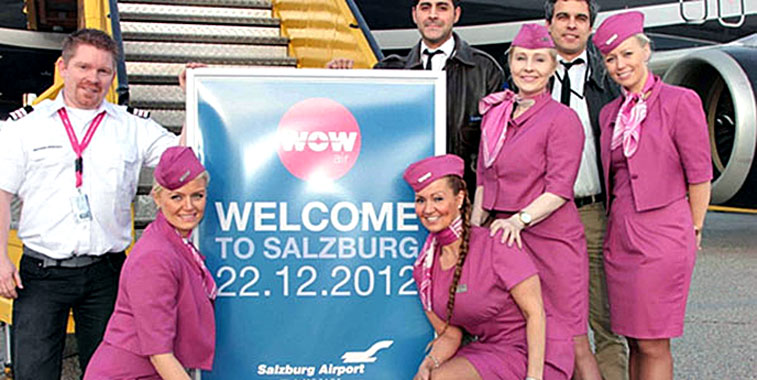 Following the acquisition of Iceland Express’ network and operations in October 2012, WOW air started operating to Salzburg over the winter ski season.