IndiGo launched its first flight on 4 August 2006 with a service between Delhi and Guwahati. Less than six years later, it had become India’s leading domestic airline, when DGCA figures confirmed that in July 2012 it had overtaken the Jet Airways group of airlines, by carrying 1.23 million passengers, compared with 1.20 million for Jet Airways plus JetLite. By the end of 2013 the LCC, which currently operates a fleet of 74 180-seat A320s, had carried over 70 million passengers since its launch, and was carrying around three in every 10 passengers in the Indian domestic market. According to Airbus data, the airline has placed orders for 280 A320/A321 aircraft of which 89 have so far been delivered. Only AirAsia (338) and Lion Air (234) have more aircraft waiting to be delivered from Airbus than IndiGo (191). 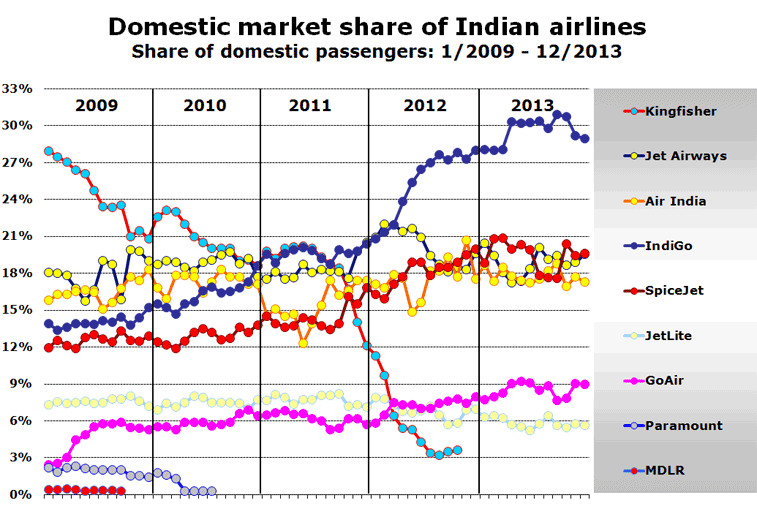 After growing its domestic passenger numbers by 40% in 2010 and 2011, growth has slowed somewhat, to 25% in 2012 and 20% in 2013. According to DGCA figures, the airline flew 17.8 million passengers on domestic services last year and a further 1.5 million on international flights. As per India’s rule, the airline was not allowed to start international flights until it had been operating domestic routes for five years (August 2011). IndiGo flew over one million passengers in a month for the first time in May 2011, and in April 2013 broke through the 1.5 million domestic passengers mark. 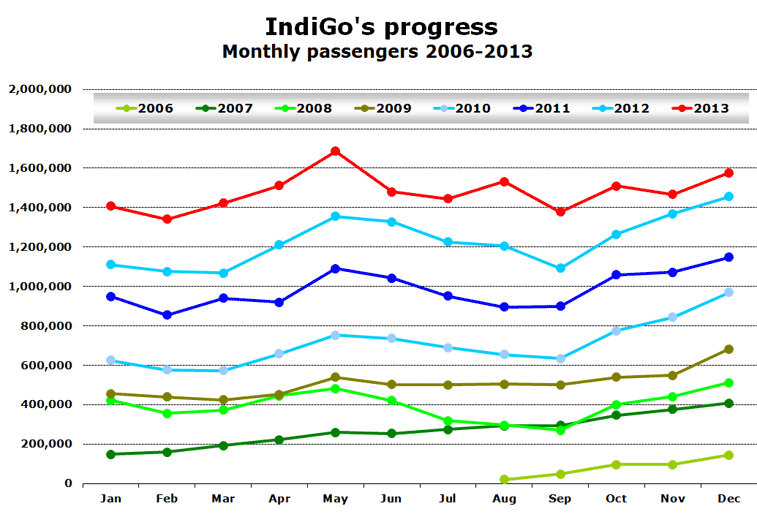 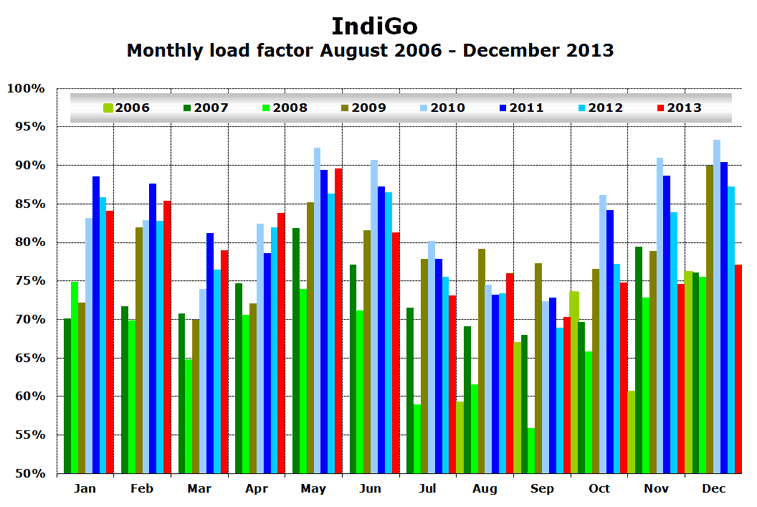 Analysis of the airline’s current schedule reveals that its busiest airports follow fairly closely the ranking of India’s leading domestic airports. Delhi and Mumbai both witness over 500 weekly departures of IndiGo flights, with the airline offering over 20 non-stop destinations from both airports. 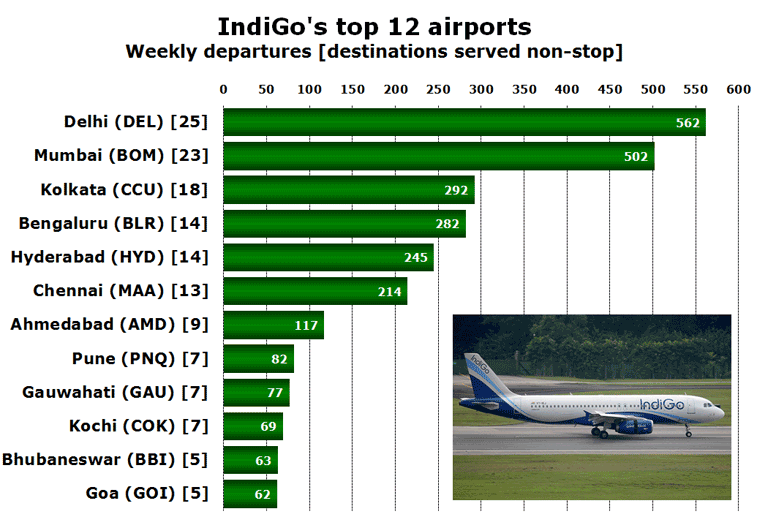 In total IndiGo serves 35 destinations; 30 in India, plus Bangkok, Dubai, Kathmandu, Muscat and Singapore. Bagdogra became the airline’s most recent Indian airport to receive flights last December, with the introduction of non-stop flights from Guwahati and Kolkata. This week has seen the airline launch its latest non-stop service, between Delhi and Bagdogra. Dubai is by far the airline’s leading international market with eight daily flights spread across six Indian airports, making it joint 13th in terms of weekly departures. However, if we take into account sector length, Dubai ranks seventh among the airline’s airports for ASKs. Bangkok is served from Delhi and Kolkata, Kathmandu from Delhi, Muscat from Mumbai and Singapore from Chennai.