On 2 February, KLM’s new service from Amsterdam to Santiago was greeted with a ribbon cutting ceremony on its arrival in Chile by (left to right): Patrick Alexandre, EVP Commerical, Air France KLM; Kappeyne van de Copello, Ambassador of the Kingdom of Netherlands in Chile; and Pieter Elbers, COO & Deputy CEO, KLM. The thrice-weekly services were resumed after last served in March 2000 and will be operated via Buenos Aires Ezeiza. Floral tributes were laid on for the first Etihad Airways flight arriving from Abu Dhabi into the Muslim holy city of Medinah in Saudi Arabia on 1 February. VIPs from airport operator TAV, as well as TIBAH, GACA and the airline were also on hand to celebrate the route. 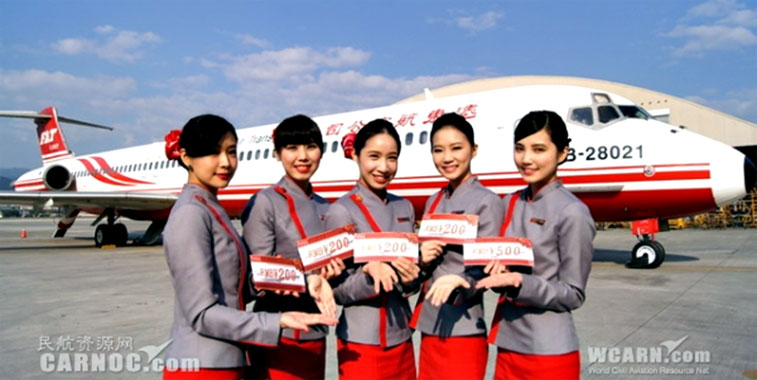 Far Eastern Air Transport celebrated the launch of its new Taipei Songshan to Tianjin service on 28 January. The airline operates a fleet of eight MD-80 series aircraft on low-frequency routes between Taiwan and mainland China. fastjet’s first flight to Lusaka in Zambia from Dar es Salaam in Tanzania was celebrated by the carrier’s crew along with the first passengers on 1 February at the Zambian airport. 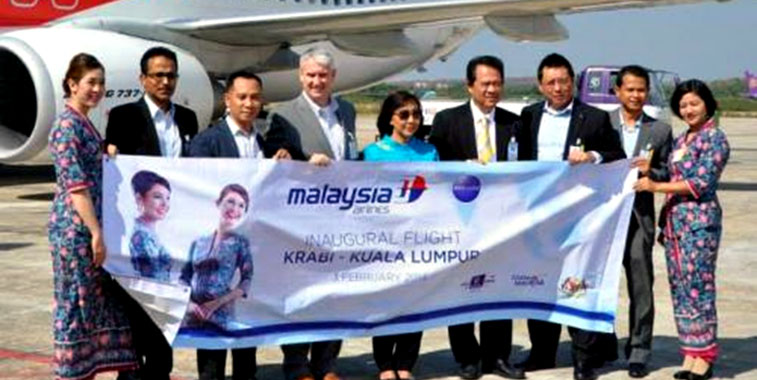 Malaysia Airlines’ first flight to Krabi was welcomed at the Thai airport on 3 February with a banner, and by the Director of Tourism Authority of Thailand Krabi Office, Wiyada Srirangkul (centre). The service will operate four times weekly and compete with AirAsia’s twice-daily service. (Photo: Phuket Gazette) 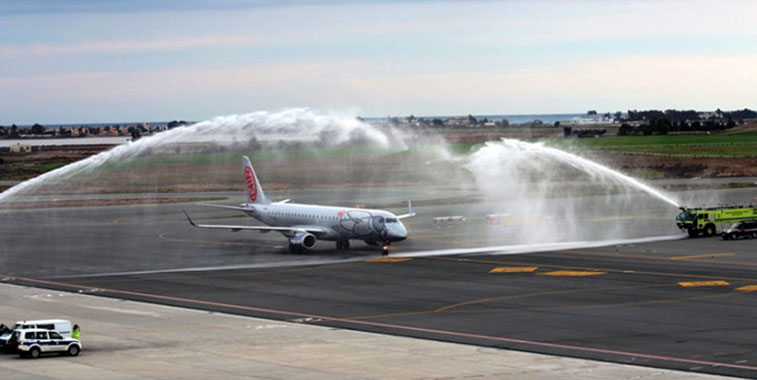 Operating in competition with Austrian Airlines’ daily flights, NIKI commenced serving the Vienna – Larnaca airport pair on 31 January. See how this FTWA measures up against new routes being celebrated this week. On 2 February, TAM Airlines launched twice-weekly services from Belem in Brazil to Miami, FL, a route that no other carrier operates. Passengers arriving on Vanilla Air’s first flight from Tokyo Narita to Sapporo Chitose Airport in Hokkaido were greeted with free souvenir goody bags on arrival in Hokkaido. Four other carriers already serve the route, including Vanilla Air’s parent company, All Nippon Airways. The snow at the airport should come as no surprise as Sapporo held the winter Olympics in 1972. This year’s winter Olympics start this week in Sochi, Russia.