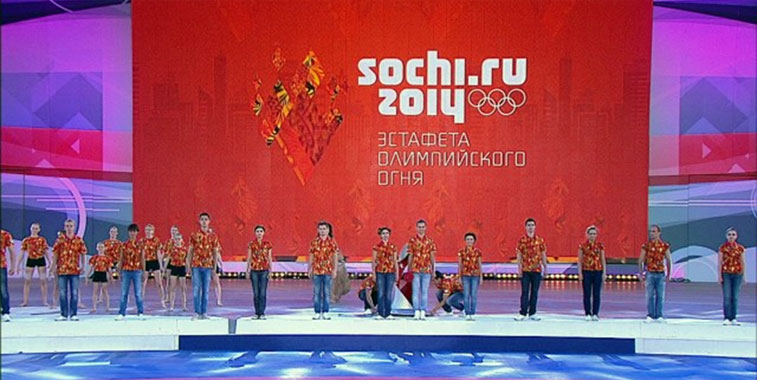 Ural Airlines recently launched twice-weekly seasonal flights on 3 February from Adler/Sochi to Milan Malpensa that will be operated for the period of the 2014 Winter Olympics.

Ural Airlines, based at Moscow Domodedovo and Ekaterinburg airports, is one of Russia’s leading and fastest growing carriers (according to its website). The airline is one of the oldest in Russia, with roots dating back to 1943 when Sverdlovsk United Flights was established. Currently, Ural Airlines operates a fleet of 28 Airbus aircraft, namely 18 A320s and 10 A321s. However, its strategic plan is to incorporate two more airliners into its fleet in the first part of 2014 to accommodate future growth.

Russia’s sixth largest carrier, according to Innovata schedule data for week commencing 4 February 2014, handled over 4.4 million passengers last year, representing a significant increase of 25% over 2012 figures. The carrier had an excellent 2013, as ASKs went up 32%, flights were increased by 36% and the load factor grew by 1.4% to over 73%. In fact, Ural Airlines’ traffic has visibly exploded in the beginning of this decade due to the airline’s rapid expansion, achieving a massive increase of 140% in 2013, when compared to 2010. Furthermore, with a new seasonal addition to its network — the thrice-weekly services from Adler/Sochi to Milan Malpensa launched on 3 February — the carrier is now operating a total of 97 routes, 12% more than in the previous year. 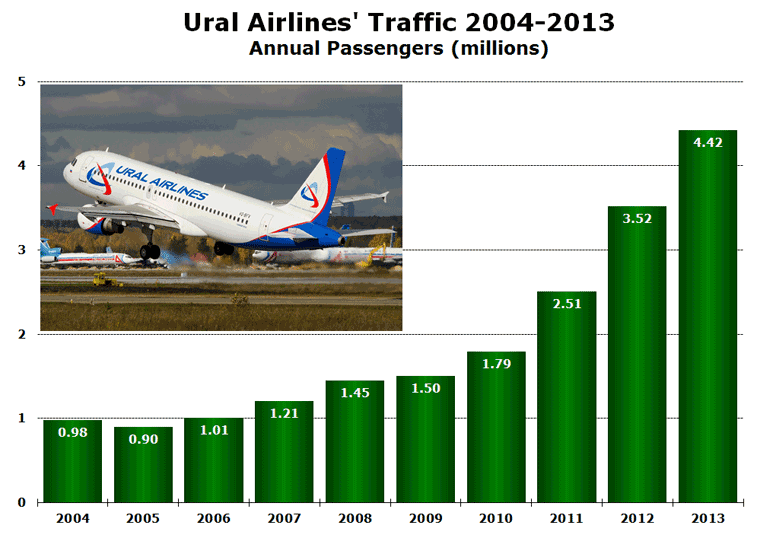 Overall, looking at passenger data between 2004 and 2013, Ural Airlines’ traffic noted a modest decrease of 8% in 2005, as a result of the 2004 terrorist attacks on the two domestic Russian passenger flights departing from Domodedovo. However, since then, the airline has experienced a trend of growth, achieving a triple-digit increase of over 390% in 2013, when compared to 2005.

In terms of the airline’s most significant services, the top 12 routes account for almost 25% of all weekly seats. Even though weekly capacity (from 4-10 February) on the Domodedovo — Ekaterinburg airport pair experienced a slight decline of 9% (when compared to data from the same week last year), the 1,429-kilometre sector still accounts for the majority of weekly seats (6.1%) in 2013. Part of the airline’s growth strategy is to add new domestic, international and CIS (Commonwealth of Independent States — former Soviet republics) destinations each year. Therefore, out of the top 12 routes, two are services operated to former Soviet republics, namely to Kulob in Tajikistan and Bishkek in Kyrgyzstan (highlighted in the chart below), with the latter becoming a new entrant into this year’s ranking. 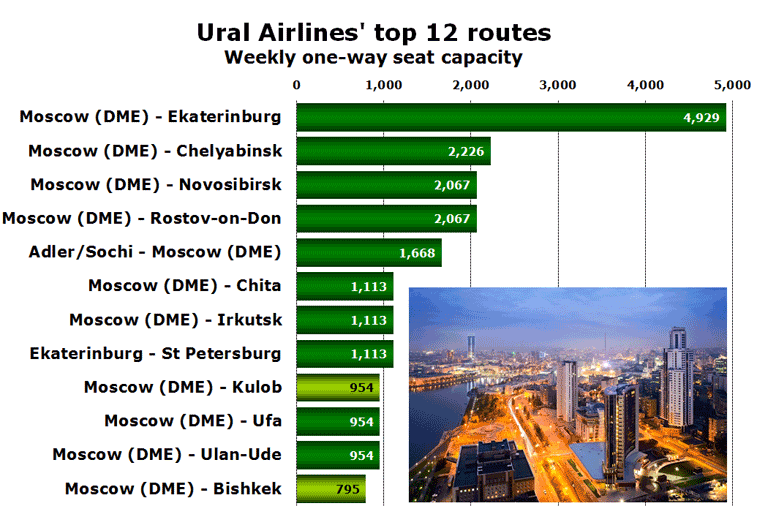 Ural Airlines’ weekly seat capacity has increased by 22% with just two out of the top 12 routes recording growth this February. However, the stand out performance is that emanating from Domodedovo — Ufa airport pair, which noted an impressive 500% growth, owing to the carrier increasing its flights from weekly to six times weekly.

The carrier has expanded hugely during the course of last year with a total of 15 new routes being launched. In terms of Ural Airlines’ two main hubs, Domodedovo saw a total of five route additions, while three new services were inaugurated from Ekaterinburg. Unsurprisingly, considering the strategic expansion plan of the airline, 12 routes have been launched to international destinations, with the capital of Montenegro, Podgorica, being the most served new addition to the airline’s network, with services being added from Domodedovo, Nizhniy Novgorod and Ufa.