Morocco’s airports grow passenger numbers by 9% in 2013; easyJet and Ryanair lead way with most new routes 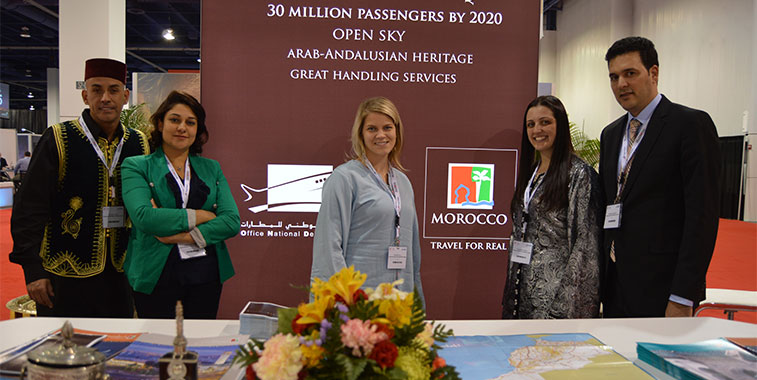 Morocco’s ‘Open-Sky’ agreement with Europe continues to attract new carriers and routes with passenger numbers up 9.2% in 2013 to 16.5 million. To reach 30 million by 2020 would require an average annual growth rate of 8.9% for the next seven years.

Morocco’s airports handled a record 16.5 million passengers in 2013, thanks to traffic growth of 9.2%. This followed a disappointing 2012 when demand fell by 3.6%, the first such drop in a decade, a by-product, most likely, of the social unrest seen in much of North Africa that year. The country saw airport passenger numbers double between 2003 and 2009, in part thanks to an ‘open-skies’ agreement with the EU, which encouraged many of Europe’s LCCs to enter the market. In April 2013 Ryanair even went so far as to open not one, but two bases in Morocco, at Fez (one aircraft) and Marrakech (two aircraft). 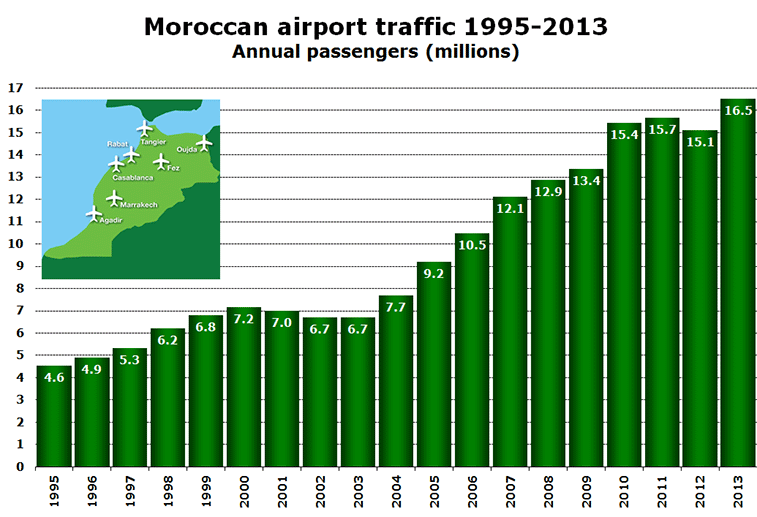 In 2013, monthly passenger numbers were up year-on-year in every month except February and July, with traffic growing by more than 15% in August, October and December. Such high growth rates have not been seen since the end of 2010. Flights to Europe (+16%) accounted for 72% of all passengers at Moroccan airports in December, while domestic traffic (+26%) represented a further 10%. 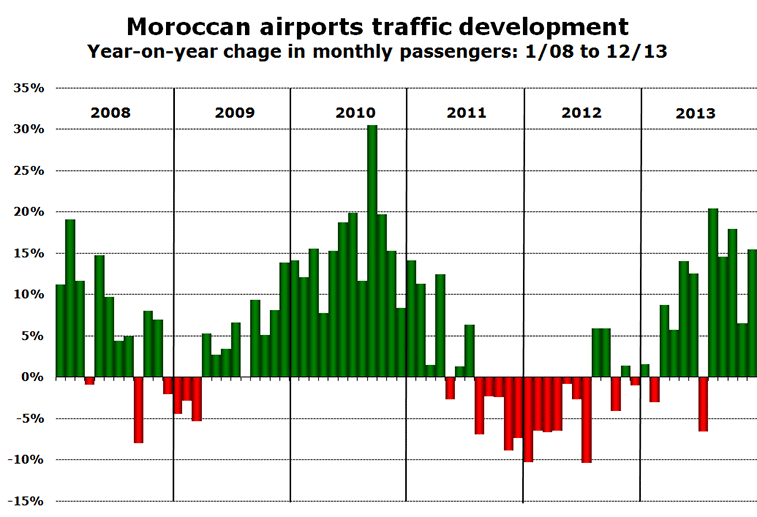 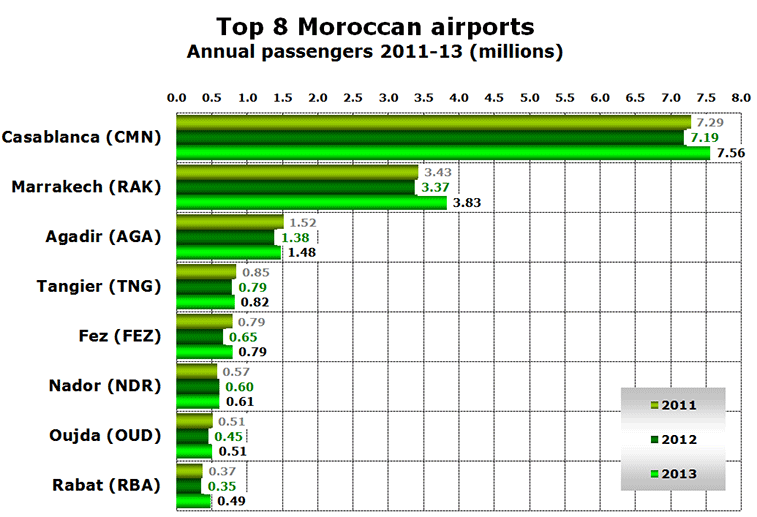 Comparing schedule data for July 2014 with July 2013, reveals that several foreign airlines have either already started, or plan to start, new services, mostly from European airports. The notable exception is Saudi Arabian Airlines which resumes flights between Riyadh and Casablanca at the beginning of April. The following table summarises the new routes (since July 2013) that will be operated with at least two weekly flights this summer.

Ryanair’s latest Moroccan service, between London Stansted and Rabat, launched last week bringing to six the number of destinations it serves from the airport, the others being Brussels Charleroi, Girona, Madrid, Marseille, Paris Beauvais.

In addition, SWISS launched its only Moroccan service last October, operating twice-weekly between Geneva and Marrakech until the end of May. According to schedule data the route is then suspended for the summer months before resuming in mid-September. 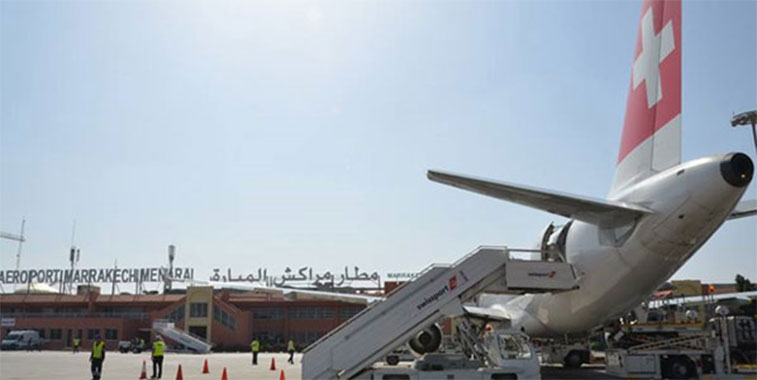 Proving that it’s not just LCCs that are taking advantage of growing demand for flights to/from Morocco, SWISS launched twice-weekly flights from Geneva to Marrakech at the start of the winter 2013/14 season.