Record January for Airbus, Boeing; 76% of deliveries are single-aisles On 20 January, Aeroflot received its 91st A320 aircraft, which bears the name of the Soviet and Russian linguist, critic, writer and academic, Dmitry Likhachev. The flag carrier’s Airbus fleet has an average age of five years and provides services on European and domestic routes.

Following a busy December, both Airbus and Boeing delivered significantly fewer aircraft in January. The combined deliveries of both producers for the first month of the year, was 84 units, of which 45 came from the American manufacturer, and 39 from the European one. However, both companies have had the strongest January performance since anna.aero began monitoring aircraft deliveries in 2008. Compared with January 2013, Airbus delivered four more aircraft, while Boeing handed over six more airframes. For the third consecutive year, Boeing delivered more aircraft in the first month of the year than its European competitor, this time by three narrow-body and three wide-body aircraft. Overall, 76% of all January deliveries involved narrow-body airframes. 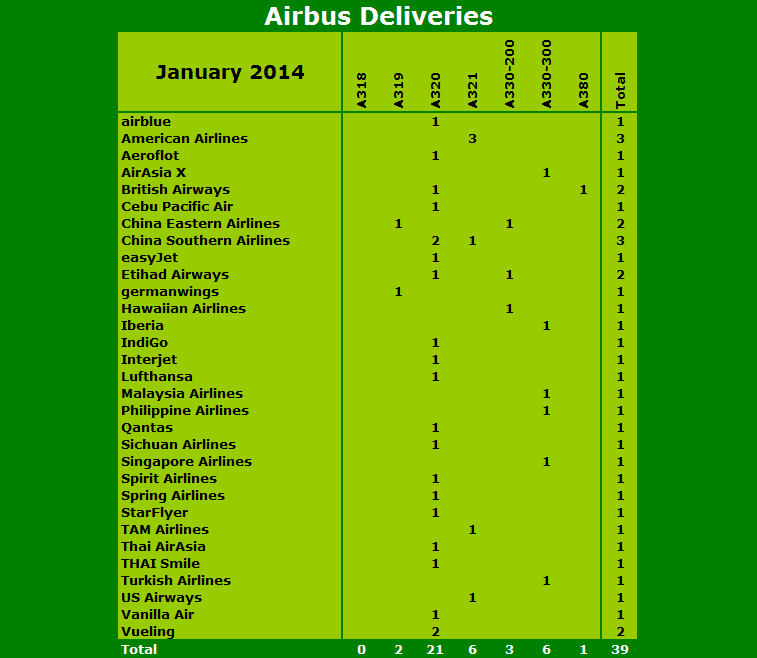 Airbus closed January with a total of 39 units delivered, which constitutes 25 units less than the impressive amount delivered in December 2013 and four more than in January last year.

Once again, narrow-body deliveries in January were led by the A320 (21 units) with an overall 29 single-aisle jets provided to carriers worldwide. American Airlines was one of two carriers to receive more than two narrow-body units from Airbus, as it took three A321s. In addition, China Southern Airlines received two A320s and one A321, while just one carrier saw two Airbus narrow-bodies join its respective fleet in January, namely Vueling with two A320s.

A total of 10 wide-bodies were delivered in January, six less than in the preceding month, but five more than in the corresponding month of 2013. Following December’s delivery of three A380s, Airbus delivered a single Superjumbo this month, received by British Airways on 16 January. Furthermore, a total of six A330-300s were delivered, one each to AirAsia X, Iberia, Malaysia Airlines, Philippine Airlines, Singapore Airlines and Turkish Airlines. 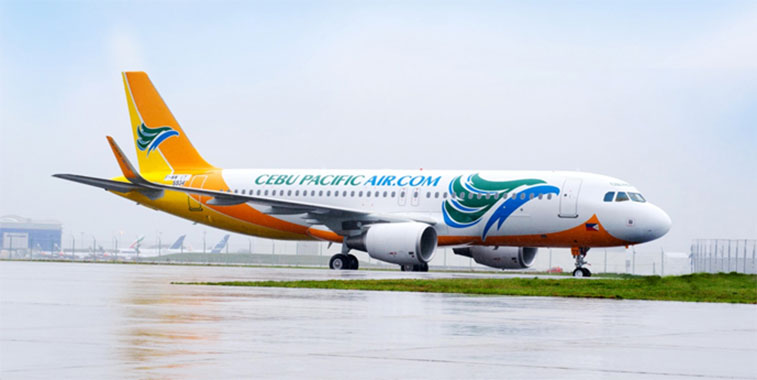 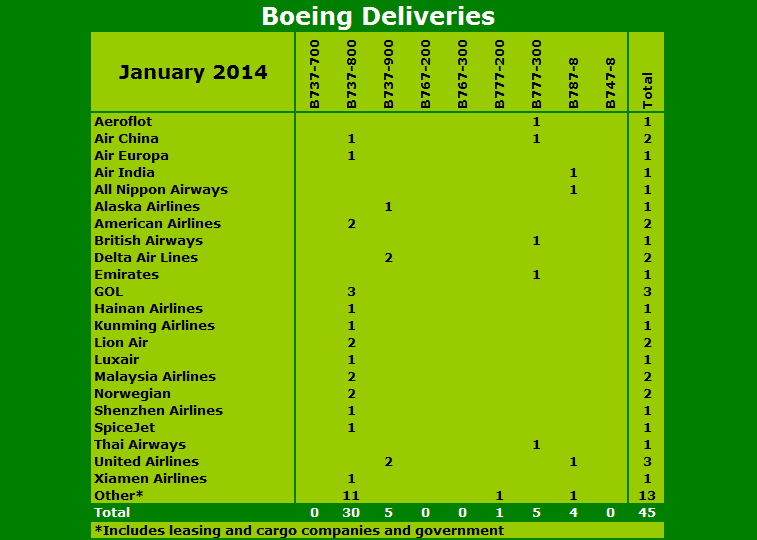 Boeing closed January with a total of 45 units delivered, 23 less than in December but six more than in the corresponding month of 2013.

Less than half wide-body airframes were delivered by Boeing in January 2014 when compared to the preceding month last year. In addition, the American producer bettered its year-on-year performance, delivering three more wide-body units than the seven it managed in the corresponding month last year. Following the record monthly delivery of 11 787-8s in December last year, Boeing continued to clear the backlog with a total of four units of the type reaching customers in January. Air India, All Nippon Airways, United and International Lease Finance Corporation took delivery of one 787-8 each. Surprisingly, the US manufacturer failed to deliver any 747-8 in the first month of 2014. Aeroflot incorporated a new 777-300 into its fleet on 31 January. The aircraft is named in honour of Alexander Kuprin, the Russian writer, pilot and explorer who is mainly known for his story “The Duel” (1905).