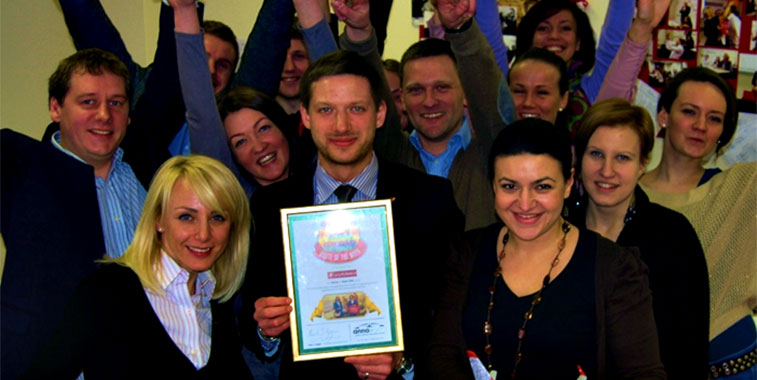 Emirates’ A380 touched down at Barcelona Airport for the very first time on 6 February as part of the airline’s route from Dubai, being welcomed with the traditional water arch salute and a special cake ceremony. Cutting the celebratory cake’s first slice were (left to right): Eugenio Salarich, Ambassador of Spain to the UAE; Ricard Font, Government’s Secretary of Infrastructure and Mobility; Sonia Corrochano, Director, Barcelona Airport; Thierry Aucoc, SVP Europe and Russia, Emirates; and Fernando Suárez de Góngora, Spain Director, Emirates. 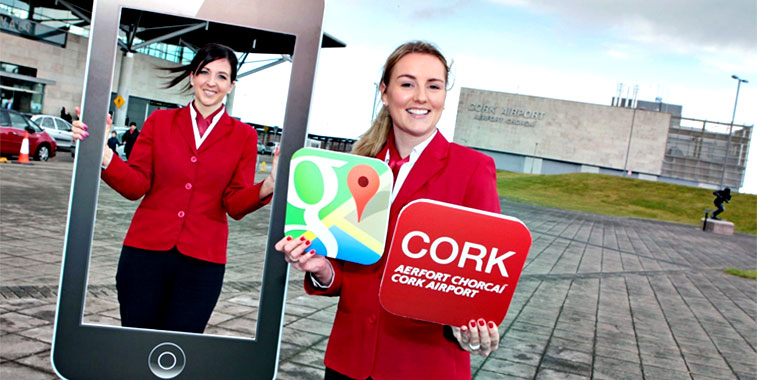 On 23 February, Cork Airport celebrated the launch of its iPhone and Android application that works as a reliable information guide for airport’s users. In addition, Cork became the first Irish gateway to make Google indoor maps available for all public areas within the airport. 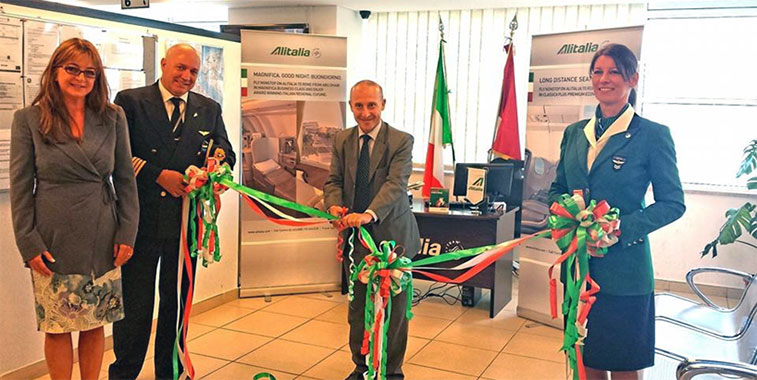 On 21 February, Alitalia ─ the flag carrier of Italy ─ celebrated the opening of a new ticketing office in Abu Dhabi with a ribbon cutting ceremony. The event was marked by (left to right): Joanne Mitchell, Country Manager for the UAE, Alitalia; and Giorgio Starace, Ambassador of Italy to UAE. The opening comes as Etihad Airways announced it will take a 40% equity stake in Alitalia this month, according to James Hogan, CEO, Etihad.