An MD-80 wins its first ever (and probably last) ‘Arch of Triumph’; plus Spanish success 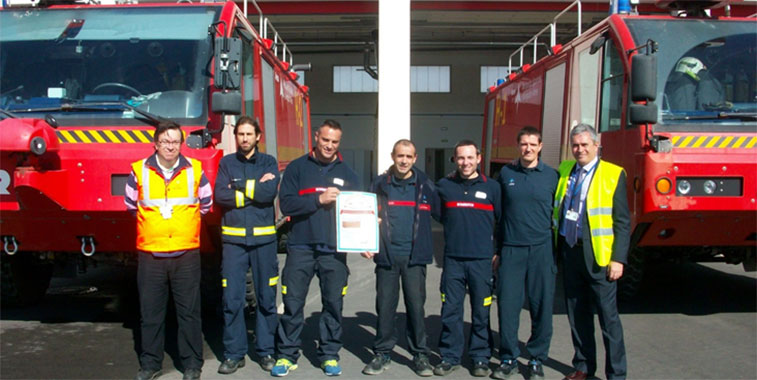 Although only in week 7 of the 2014 ‘Arch of Triumph’ competition, we can prove that FTWA standards are being improved around the world, as a result of the weekly battle for honours instigated by anna.aero. Last year, the average score achieved in the competition resulted in the average score of 5.7 from the 300 airports entering to win the coveted ‘Arch of Triumph’ accolade. So far in 2014, the 80 entrants have managed to increase the average tally to 6.1, a 7% improvement. 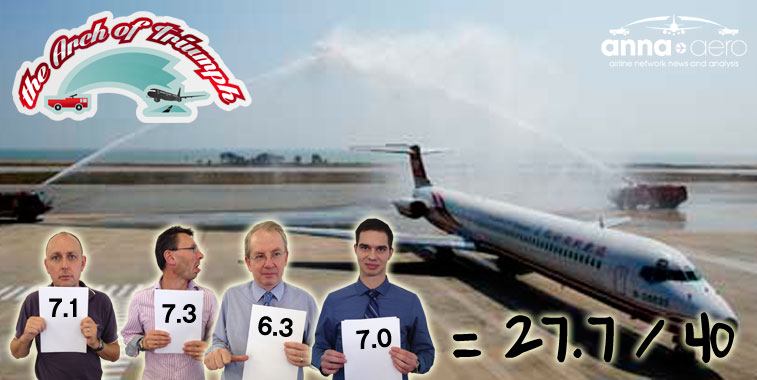 Good arch, bad wind. We’ve all been there…

Marc: 7.1 Kinmen becomes only our second Taiwanese airport entry into the ‘Arch of Triumph’ competition (the other being Taipei Taoyuan, with two previous entries, but no wins). The ingredients of this FTWA appear to be bang-on, but the execution is let down by the failure to take into account wind conditions on the day (classic mistake). Still, it gets my highest score for a Taiwanese airport so far.

Paul: 7.3 The Kinmen Islands are incredibly close to mainland China – less than two kilometres — indeed it is quite possible that some of this drifting FTWA wafted across to the PRC. Nowadays, Kinmen is a popular tourist destination for Taiwanese who appreciate its less-developed quaint villages and unspoilt beaches (and, hopefully, this less-developed aircraft type). As usual I take my hat off to the airline and airport for having the courage and enterprise to start this new route; hence my generous score for this salute.

Ralph: 6.3 Ok guys, you can switch off the water now, you’re just washing the apron. Pretty good effort. Is this the first time an MD-80 series aircraft (other than those operated by Allegiant Air) has been involved in an FTWA victory? Statto says: “We’ve had MD-80 entries before, as you suggest from Allegiant, but no winners.”

Vlad: 7.0 A perfectly symmetrical FTWA, let down by the photographer who was three seconds late. Considering the airport’s location next to the South China Sea, constantly being hit by strong winds, Kinmen Airport will never be able to win the ‘Arch of Triumph’ competition. Oh wait, they’ve just done it as the only submission this week.