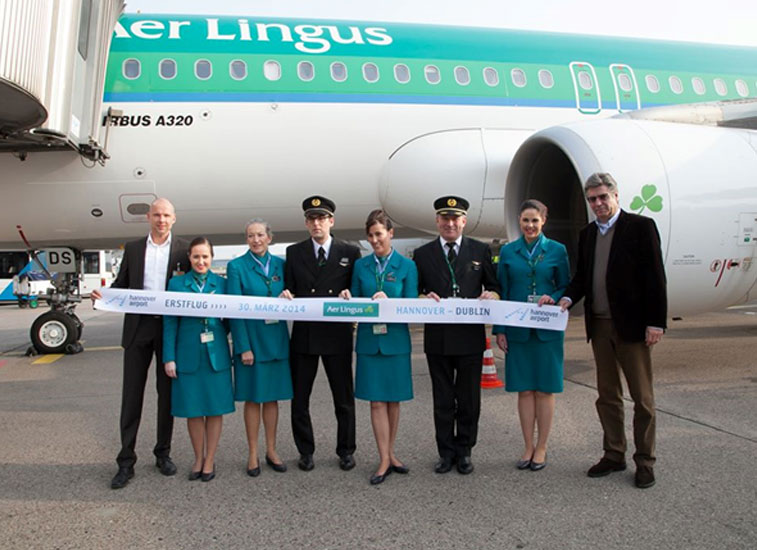 In addition on 30 March, the Irish flag carrier inaugurated the 1,075-kilometre route from Hannover to Dublin, operated four times weekly.