On 30 March, Air China resumed services from Beijing to London Gatwick with four weekly flights, utilising its A330-200s. Upon arrival the airline was greeted with a lion dance ceremony, the traditional fire truck water arch salute and a fantastic cake, especially prepared by anna.aero for this great event (LGW is our local airport after all). Celebrating the achievement are (left to right): Wu Xiaoming, UK General Manager, Air China; members of the Air China cabin crew, and (centre) anna.aero’s Ross Falconer. (The cake was made by a new anna.aero cake maker – Bashini –– as our regular chef, the anna.aero publisher’s wife, has had a baby.) 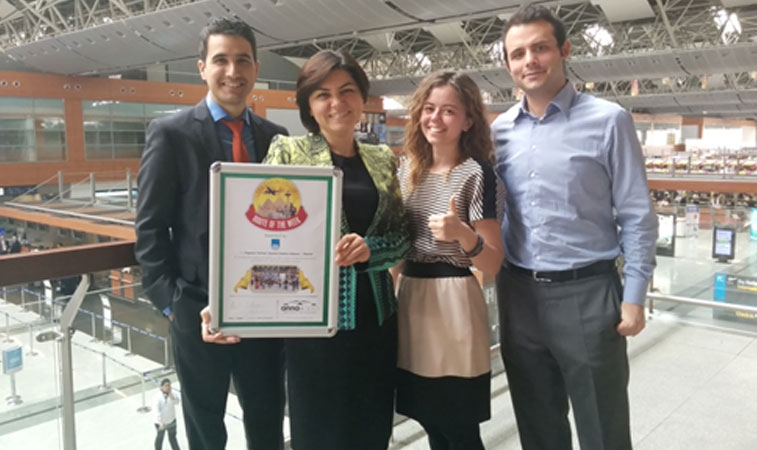 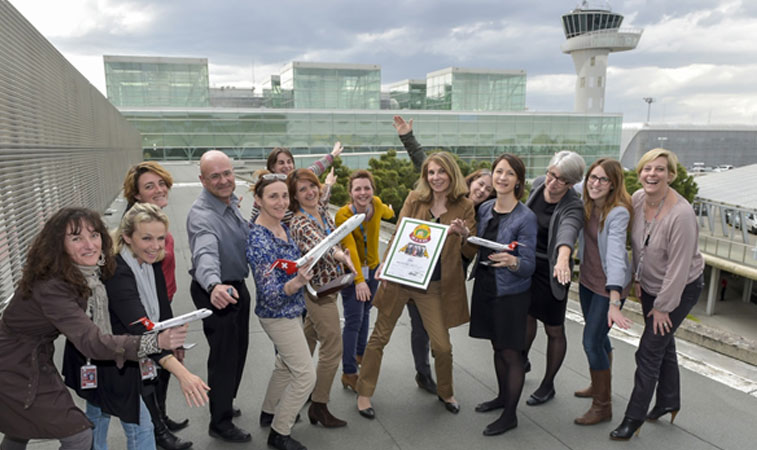 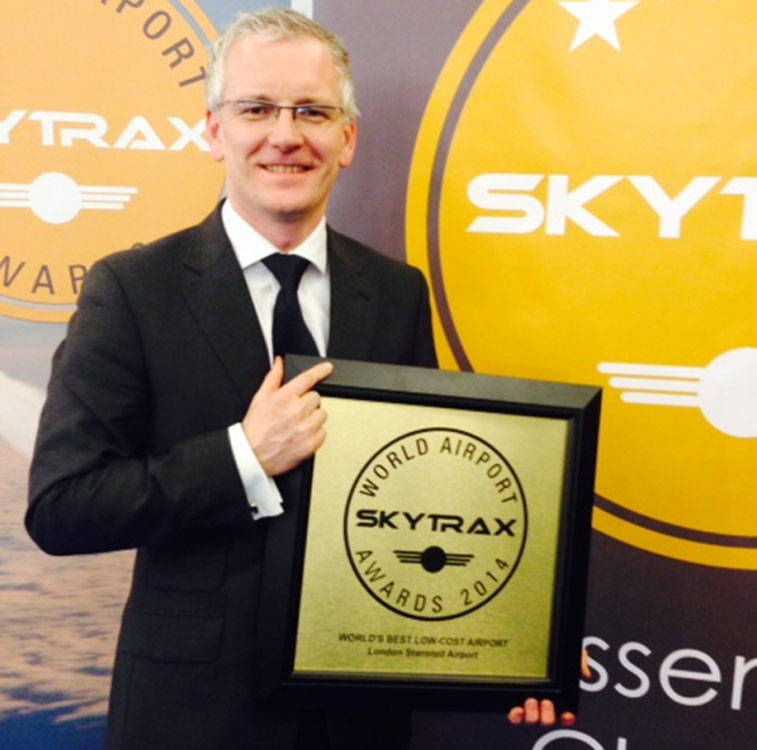 London Stansted Airport was crowned the world’s best gateway for low-cost carriers for the fourth year in a row at the World Airports Awards. The airport topped the poll of nearly 13 million passengers in the annual SKYTRAX airport customer survey. Receiving its prize is Andrew Harrison, MD, London Stansted. On 18 March, London Luton Airport organised a pre-launch ceremony for Atlasjet, the Turkish carrier which will launch a new service from Istanbul Atatürk on 2 May, utilising its 200-seat A321s. KLM increased its frequency on the Amsterdam-Bergen airport pair from thrice-daily to five times daily. The achievement was celebrated with tulips and fresh orange juice served to passengers on the first of the five daily flights on 31 March. 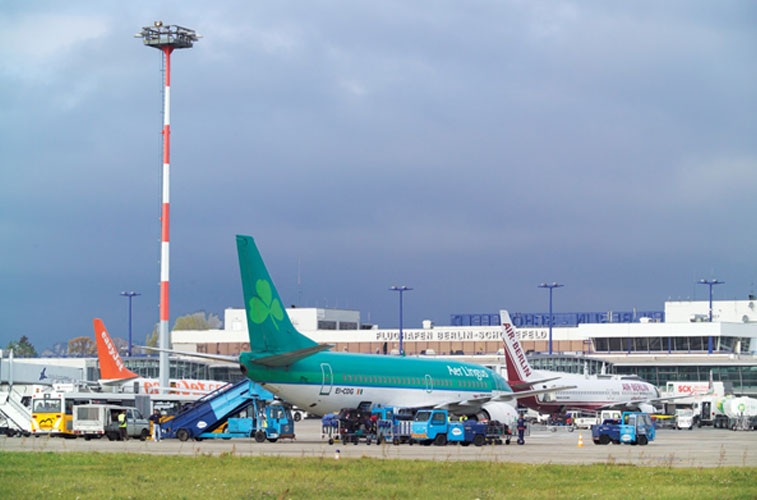 Berlin SXF ten years ago: On 30 March, Aer Lingus celebrated 10 years of operations at Berlin Schönefeld Airport. The Irish flag carrier started serving this airport pair with four weekly flights from its Dublin base. However, since 2005 the airline has been flying daily between the two capitals. On 1 April, Cork Airport announced details of its S14 schedule. A total of two million seats are available this summer to over 50 destinations across the UK and Europe with Aer Lingus, Aer Lingus Regional, Ryanair and Ireland’s leading tour operators. On 1 April, a Yorkshire cheesemonger revealed a fantastic cheese sculpture of a Jet2.com aircraft at Leeds Bradford Airport, following a trip to France for a “Grand Fromage Depart” adventure.