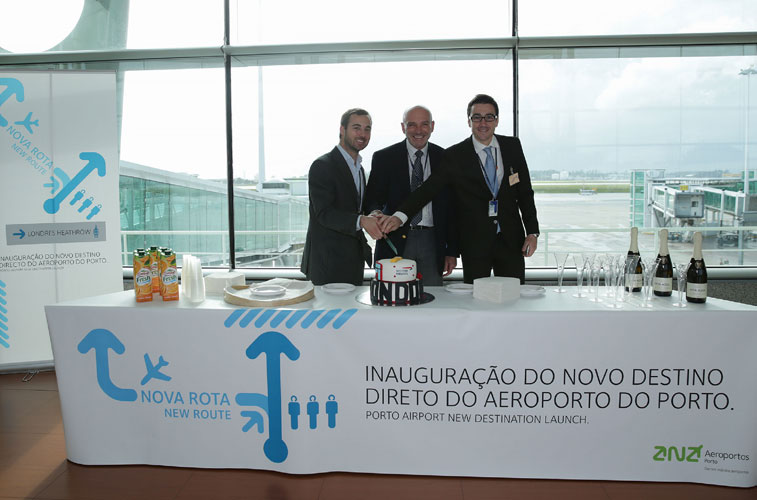 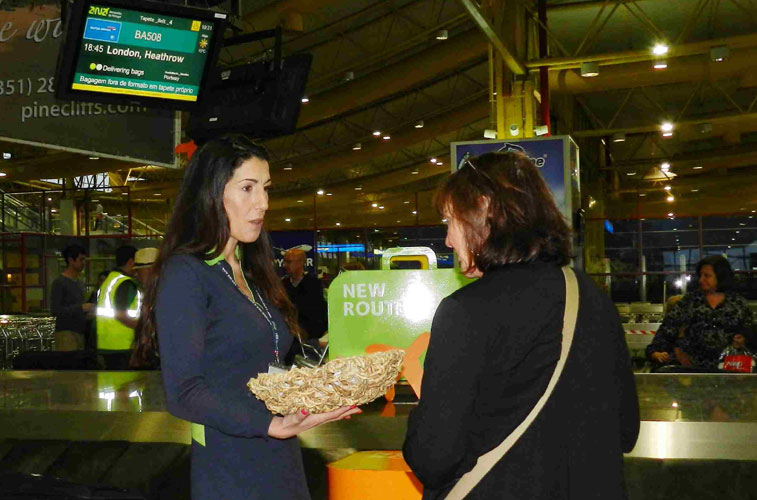 Meanwhile in Faro, the airport was handing out goodies at the baggage carousel as the first British Airways flight from London Heathrow arrived.