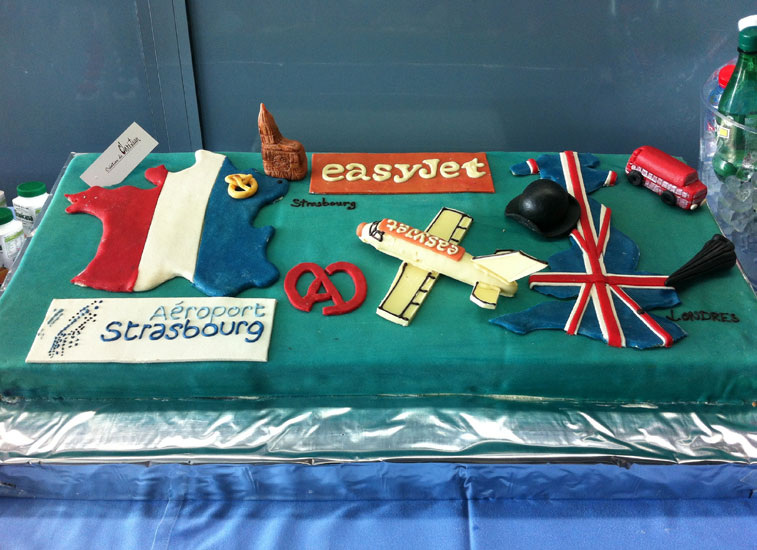 We’re not sure why France has suddenly been moved to the west of the United Kingdom, but this elaborate cake was baked to welcome the first ever easyJet flight to Strasbourg Airport. One of 21 new routes launched by the airline in the last week, is this new service to London Gatwick will operate four times weekly. Brussels Airport welcomed three new easyJet routes in the space of just two days, from London Gatwick, Bordeaux and Naples. Commemorative banners were produced for all three routes and easyJet crew were photographed with them..