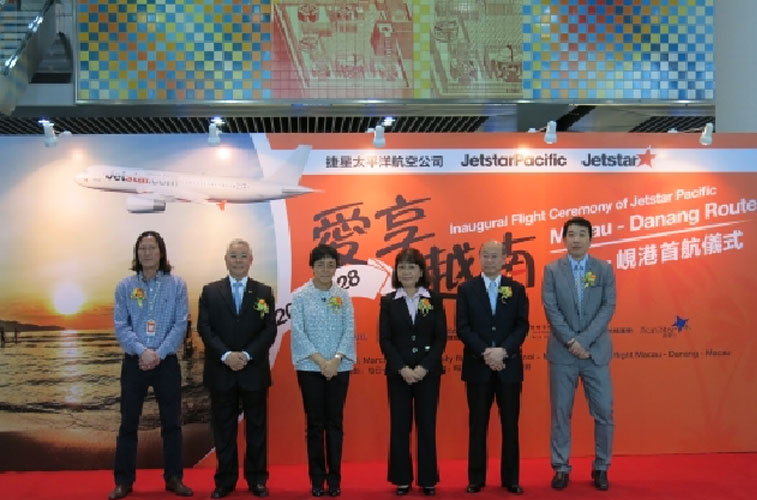 Assorted dignitaries were on hand to celebrate Jetstar Pacific Airlines’ first international services, to Macau. Da Nang flights will operate twice-daily while Hanoi flights will be daily, both using the airline’s A320s, and facing competition on both routes from local carrier Air Macau.