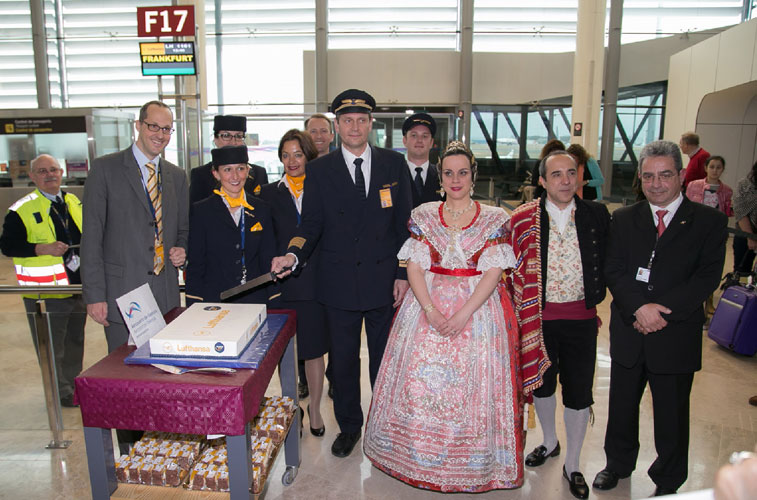 Passengers and crew on Lufthansa’s first flight between Frankfurt and Valencia were welcomed on arrival by Valencia Airport Director, Mariano Menor Muñoz, and Thomas Bussmann, Process & Quality Manager, Spain and Portugal, Lufthansa. Cocktails and cake were provided and entertainment comprised “falleras” dressed in the traditional regional costume who performed the traditional Valencia dance.