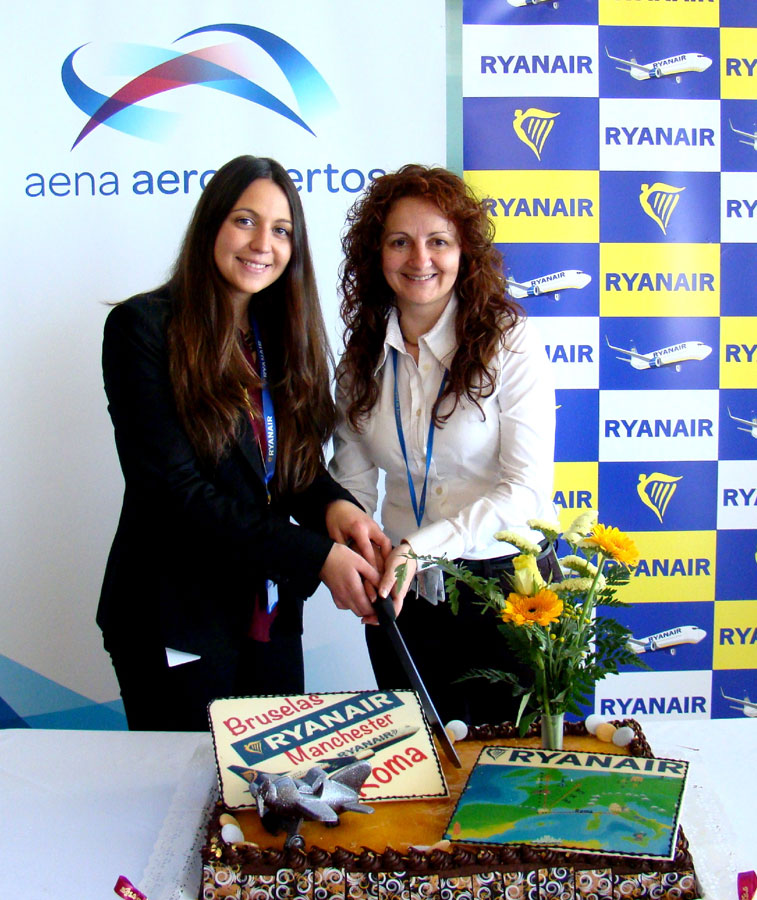 Ryanair celebrated the launch of several new international routes from Barcelona this year with a cake. Brandishing the knife last weekend were Sandra Rubio, Sales & Marketing Executive Spain & Portugal, Ryanair (left) and Vanessa Requena, Head of Airport Management Centre (CGA) and Airport Marketing (right). Of the routes listed on the cake only the Rome Fiumicino services started this weekend.