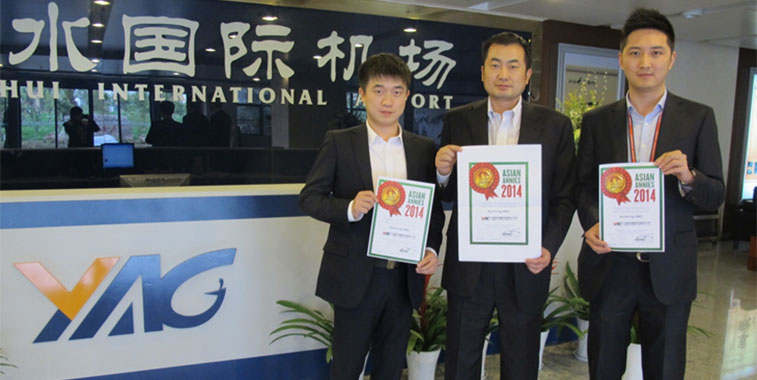 The award season continues at anna.aero and it is far from over. Probably more awaited by the world’s airport and airline industry than the Skytrax awards, are anna.aero’s Asian ANNIE prizes! The time has come for the fourth Asian ANNIEs, this year awarded to seven airports and four airlines for their notable achievements in the Asian region over the past 12 months.

Our awards are based on science, statistics and evidence rather than people’s opinions (and votes). Using Innovata schedule data for 18-24 March 2014 compared to 19-25 March 2013 across nearly 1,100 airports and over 300 carriers operating in the Asian region, our team of data elves have pored over the figures and we think we have come up with a more transparent way of rewarding airlines and airports that have achieved notable route and traffic related success in the Asian region during the last year.

Airport With The Most New Routes
Winner: Beijing; Runner-up: Ekaterinburg

The Chinese capital airport is the clear winner of this prize, having gained a net of 16 new routes, when comparing this March’s Innovata data with that of the corresponding month last year. Beijing lost three destinations, namely Moscow Domodedovo (previously operated by Transaero Airlines), London Gatwick (although this route has restarted this week) and the domestic service to Liuzhou (both served by Air China); however in return, the airport gained 19 new routes. The new routes are notably a healthy mix of both domestic and international links, including seven Chinese services and three links to Russia.

Ekaterinburg is the runner-up, having gained 19 airport pairs as well, but losing five, including four domestic points. In addition, the airport lost Lufthansa’s thrice-weekly flights to Frankfurt. 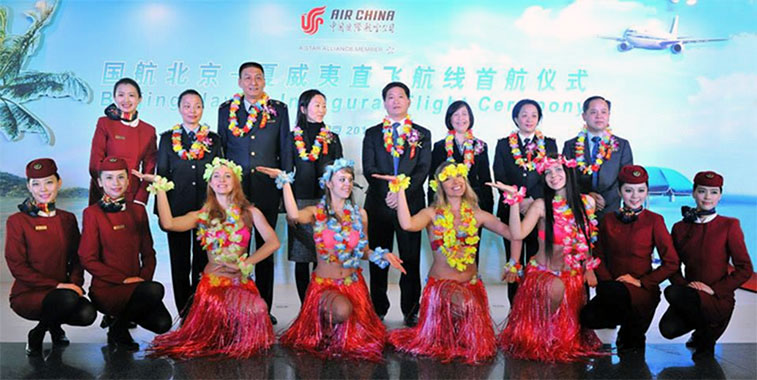 Launching its first flight to Hawaii from Beijing Airport in January this year, Air China has helped the airport to secure its two Asian ANNIEs this year.

In this situation, the definition of a long-haul route is a flight of over 4,500 kilometres originating from the Asian region. As a result, the Chinese capital airport has managed to secure another award, this time for the “Airport With The Most New Routes”. Nine of Beijing’s new routes are over 4,500 kilometres, minus the lost Moscow Domodedovo and London Gatwick services. Air China’s first route to Hawaii and Azerbaijan Airlines’ twice-weekly services to Baku are two of Beijing’s new long-haul additions over the past 12 months. Moreover there is a tie in this category, as Phuket has held onto all of its long-haul routes, meaning that its additional seven long-haul services are all net gains: Thomson Airways to Gatwick, Billund and Gothenburg; TUIfly Nordic to Copenhagen and Helsinki; Transaero to Moscow Vnukovo; as well as Jetstar Airways to Melbourne.

While both Beijing and Phuket win, Bangkok Suvarnabhumi is a runner-up in this category, with a net of five new long-haul routes launched in the past year. Suvarnabhumi is now connected to both Vnukovo and Krasnoyarsk with Transaero; to Kiev Boryspil with Ukraine International Airlines; to Astana with SCAT Airlines; and to Sendai with Thai Airways. No long-haul routes have been lost in the last 12 months. 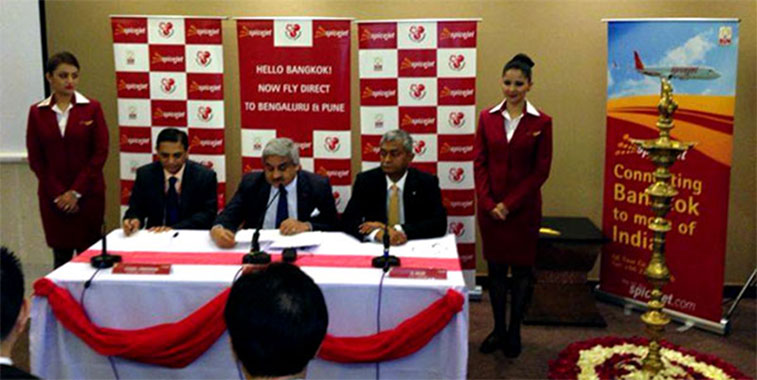 One of 13 new carriers, SpiceJet entered the Bangkok Suvarnabhumi market on 27 October with four weekly flights from both Bengaluru and Pune in India.

This year’s winner, with a net gain of eight airlines, is Bangkok Suvarnabhumi. The Thai capital’s main airport has lost five operators, but gained 13 new airlines since last March, including Condor to Frankfurt, Norwegian to Stockholm Arlanda and Oslo Gardermoen, Xiamen Airlines to Xiamen and Fuzhou, SpiceJet to Bengaluru and Pune, as well as Golden Myanmar Airlines to Yangon.

Without comprehensive passenger growth data available throughout the Asian region that accurately gives a picture of the fastest-growing airports, these awards are based on the fastest growth in scheduled seat capacity, as reported to Innovata. The airports are divided into four different categories based on the airport’s size (measured by annual passenger throughput).

In this way, Indonesia is definitely the fastest growing country market, being represented by five airports in the “Airport Traffic Growth Awards”, namely Jayapura, Balikpapan, Lombok, Yogyakarta and Surabaya. Bangkok Don Mueang’s impressive annual growth of 181% is largely caused by services being moved back over to the airport from the main Suvarnabhumi airport. As growing congestion at Suvarnabhumi started to become an issue (it was designed to handle 45 million passengers per year, but processed 48 million in 2011), the country’s government encouraged all LCCs, charter and non-connecting services to relocate back to Don Mueang.

Following both last year and 2012’s win of the ‘planespotter award’ (as it is affectionately known by anna.aero data elves), Suvarnabhumi managed to scoop this prize again in 2014. With 95 airline customers this month, the airport is still a fair bit ahead of Hong Kong (runner-up for the third time in a row) that welcomes a healthy 79 carriers to its facilities. 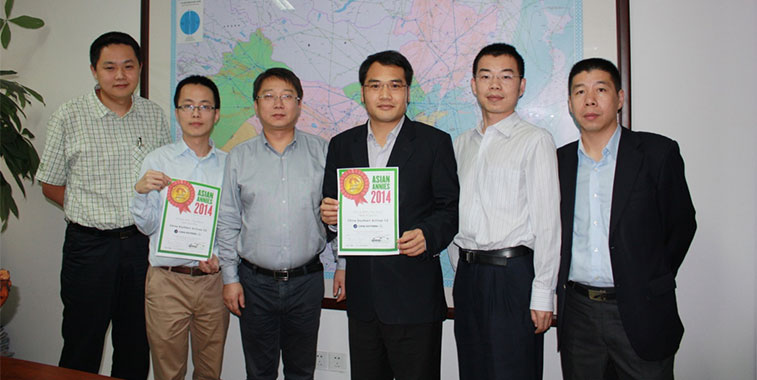 To win this award China Southern Airlines has expanded hugely with a net of 116 routes in the last 12 months, increasing its network from 1022 to 1138 airport pairs as of March 2014. In fact, the Guangzhou-headquartered carrier increased its offering with 202 routes, but lost 86. Against such strong contender, it is always going to be difficult to take the first spot in this category of the Asian ANNIEs; however, the runner-up ― Garuda Indonesia – managed an impressive 72 routes since March 2013. 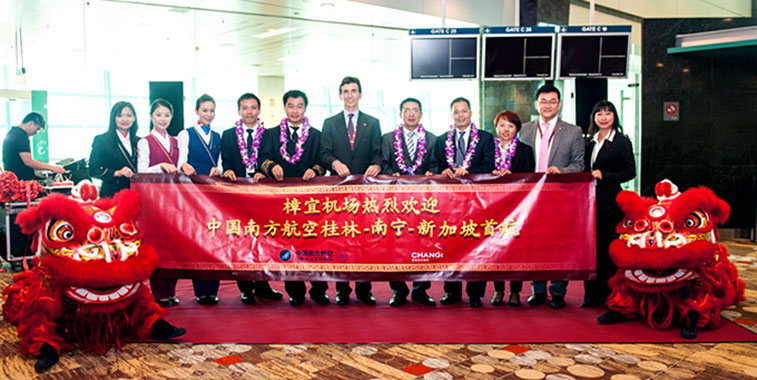 December 2013: China Southern Airlines launched two new routes from Nanning to Bangkok Suvarnabhumi and Singapore utilising its 737-800s, two of the 116 new routes the carrier has commenced over the past 12 months. 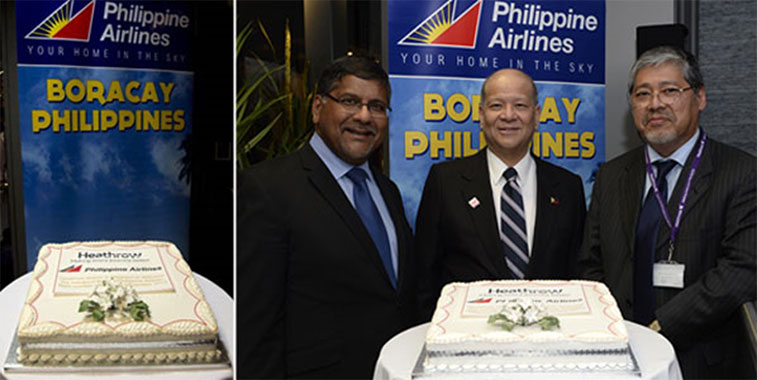 Philippine Airlines’ resumption from Manila to London Heathrow on 4 November was enough to secure its win in the “Airline With The Most New Long-Haul Routes” category.

To determine the winner in this category, scheduled data for a week in March 2014 is compared with the corresponding week in March 2013 to identify which carrier has reported the biggest net gain in long-haul routes (defined again as flights at over 4,500 kilometres) from Asian airports. Applying this approach, results in Philippine Airlines securing the award for a net gain of six new long-haul airport pairs. The Filipino flag carrier now flies to London Heathrow, Riyadh, Dammam, Doha, Abu Dhabi and Dubai with a combined 47,239 weekly seats.

AirAsia X was just one route behind, launching five new long-haul services since March 2013. Neither of the two carriers terminated any long-haul routes in the past 12 months.

Unsurprisingly considering its extensive network of 1138 airport pairs, China Southern has managed to scoop its second Asian ANNIEs award for the 16 new airports that it started serving in the past 12 months. The win is shared with Malindo Air, the Malaysian LCC based in Kuala Lumpur that has added a total of 16 airports to its Asian network as well. While Malindo did not remove any destinations since March 2013, its fellow winner added 21 airports and dropped five.

There is a tie for second spot as well, between the Chinese carrier Juneyao Airlines and the Russian Yakutia Airlines. Both airlines were just four routes behind the winners, with Juneyao starting services at 15 airports but dropping three, while Yakutia added 19 destinations to its network but lost seven.

This award goes to the airline with the most scheduled seats operating from the Asian airports in March 2014 that was not operating in, or to, the Asian region in March 2013. Therefore, this year’s prize goes to Batik Air, the Lion Air subsidiary from Indonesia, which launched its first flight in May 2013. According to Innovata schedule for 18-24 March this year, it now operates on nine airport pairs, eight from Jakarta and one from Yogyakarta. At over 33,000 weekly seats offered this month, the Indonesia carrier is slightly ahead of runner-up, Thai Lion Air – another of Lion Air’s subsidiaries launched in December last year – that offers a capacity of almost 27,000 seats this March.