Alitalia heads off to Prague, Tokyo Narita and Tunis 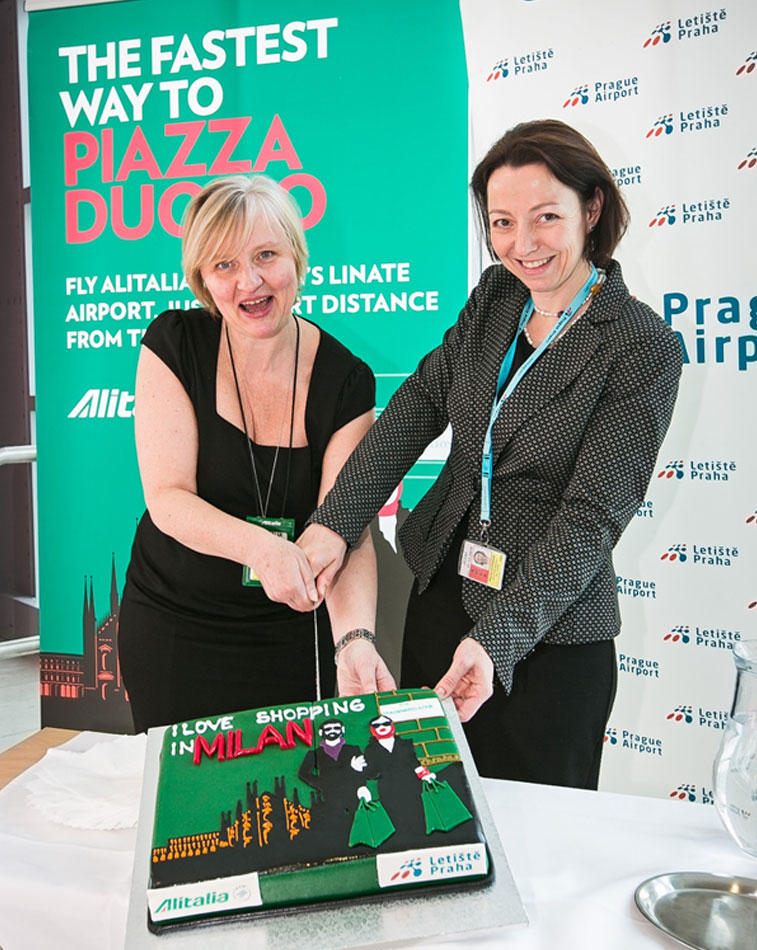 Slicing-up the cake for the re-start of services between Milan Linate and Prague (the route was previously served up until October 1998) on 1 April were: Zuzana Kostalova, Alitalia Sales Manager (left) and Marta Guthova, Vice-Chairman of the Board of Directors, Prague Airport (right).