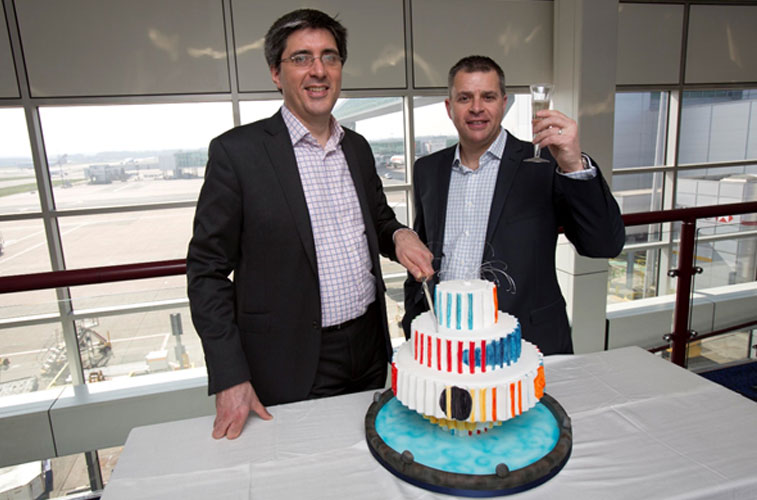 Hugh Aitken easyJet’s UK Commercial Manager and Chris Hope the LCC’s Head of Gatwick shared the specially-made cake in the shape of Tel Aviv’s famous ‘Water and Fire’ monument at the inaugural of its new London Gatwick service to the Israeli city, which launched on 1 April. Cutting the ribbon for the inaugural easyJet service from Basel to Reykjavik/Keflavik on 2 April along with the airline’s crew members was (right) Gudny Maria Jóhannsdóttir, Manager Business & Routes Development, Isavia. There was also new route cake to be had!