Flying start for “fastest airline in the world” as easyJet, Flybe, Norwegian, Ryanair etc sign up for bud:runway run 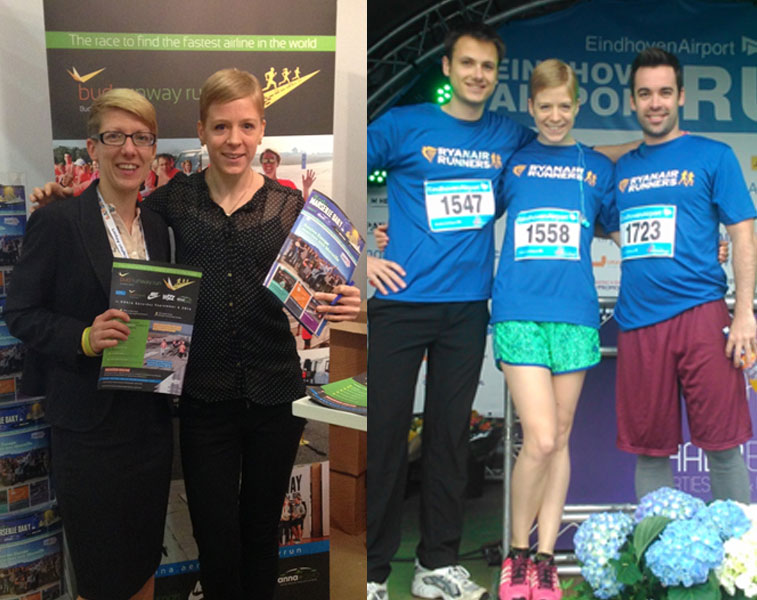 Dozens of airline and airport executives attending Routes Europe Marseille signed up to “bud:runway run,” the 12km running race which will take place on runway 13R-31L at Budapest Airport on Saturday 6 September in aid of child cancer charities and other good causes. Organised by an expert coalition of race host Budapest Airport, Nike, Wizz Air and anna.aero, the top prizes include “fastest airline in the world” and fastest airline CEO and airport CEO (male and female categories). 100% of entry fees will be donated to charity. 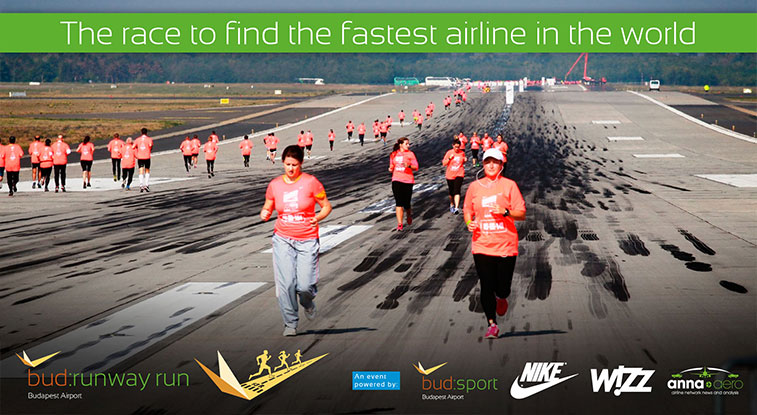 Leaders from the world’s air transport community are being invited to take part in a 12km and 6km race on Budapest’s Runway 13R-31L on 6 September in aid of child cancer charities and other good causes.

Look who signed up in Route Europe Marseille: 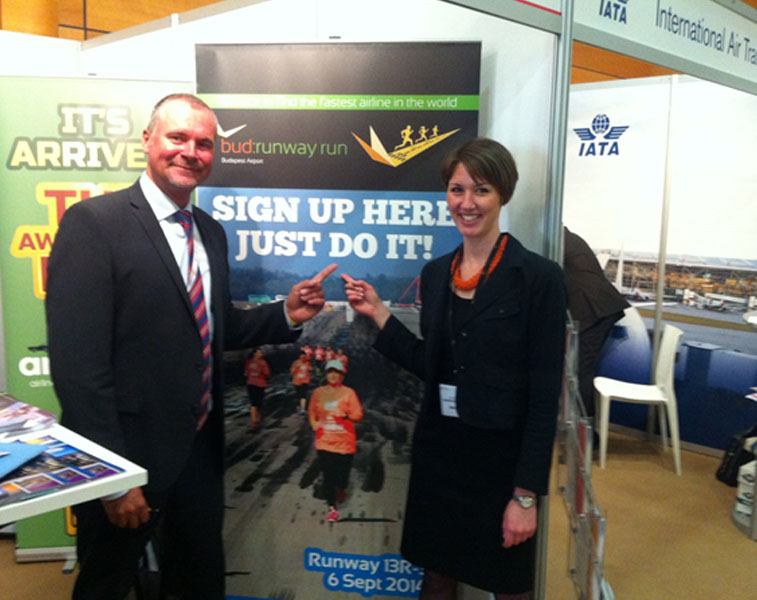 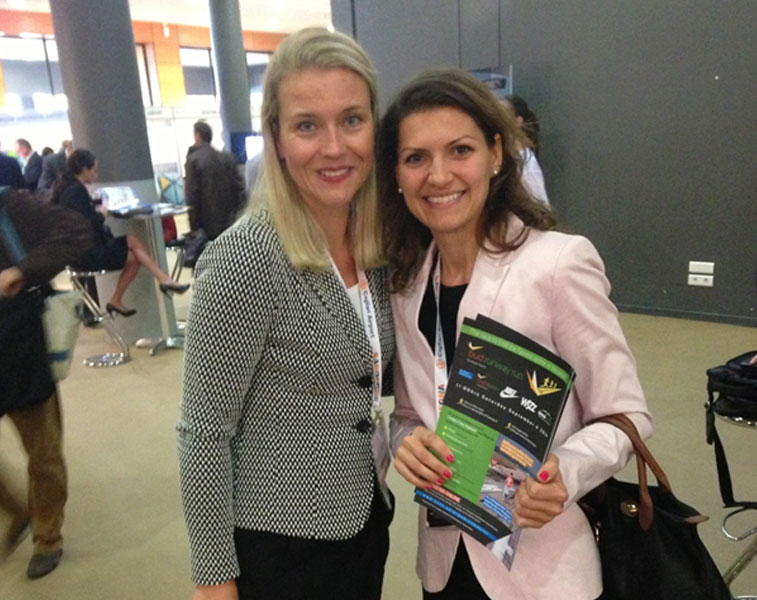 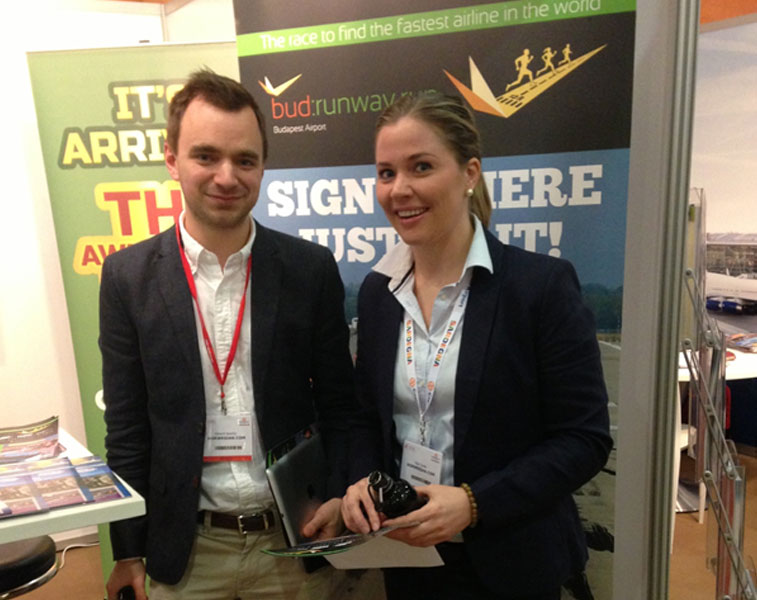 Norwegian’s Rikard Sparby, Regional Development Manager and Silje Tynes, Route Manager both hope that five months training will give them a good chance to win a “Golden Cake Trophy.” 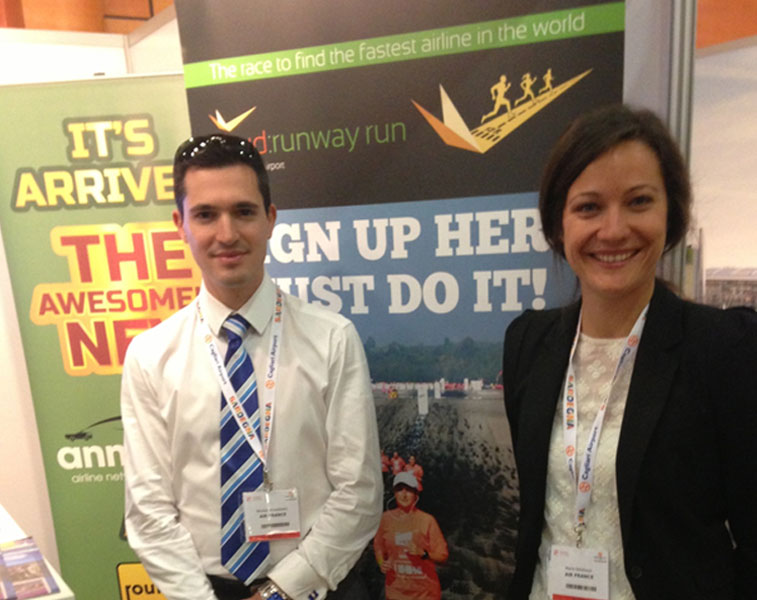 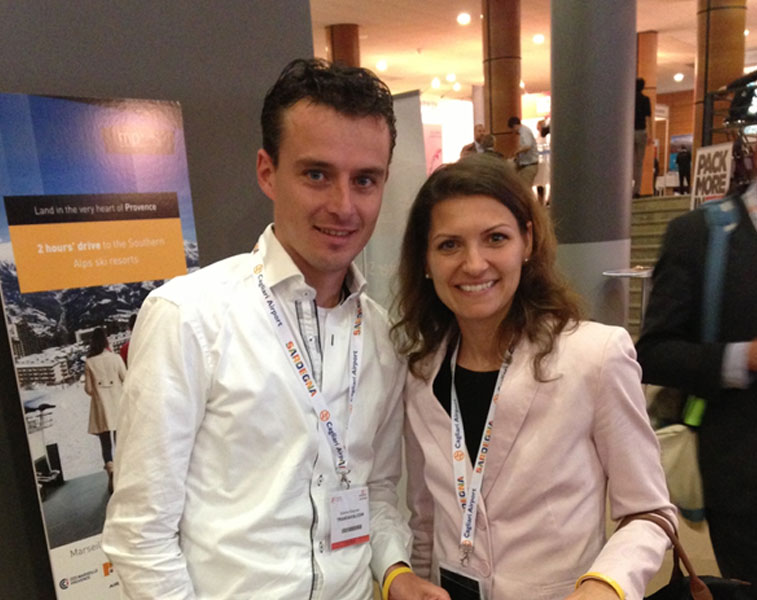 Etienne Slagman, Product Manager, transavia.com has knee trouble but qualified personal trainer, Nikolett, has a plan to avoid further injury so he can still take part. 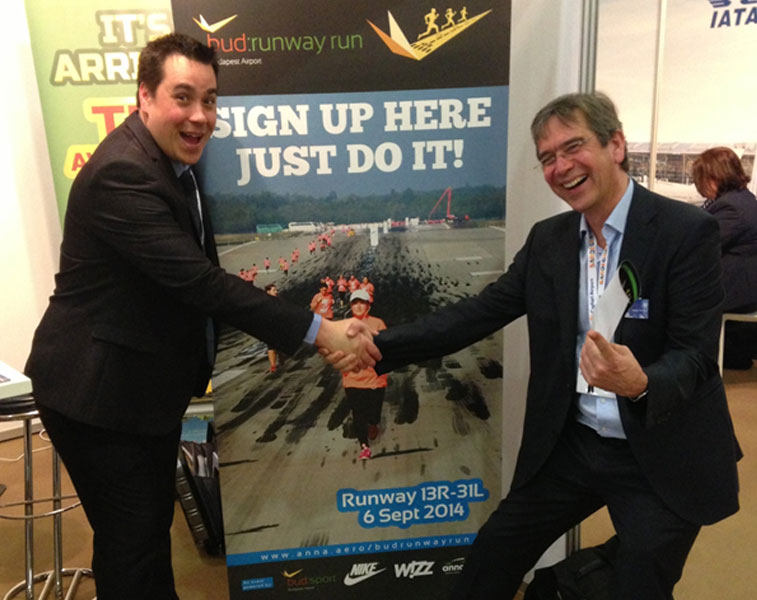 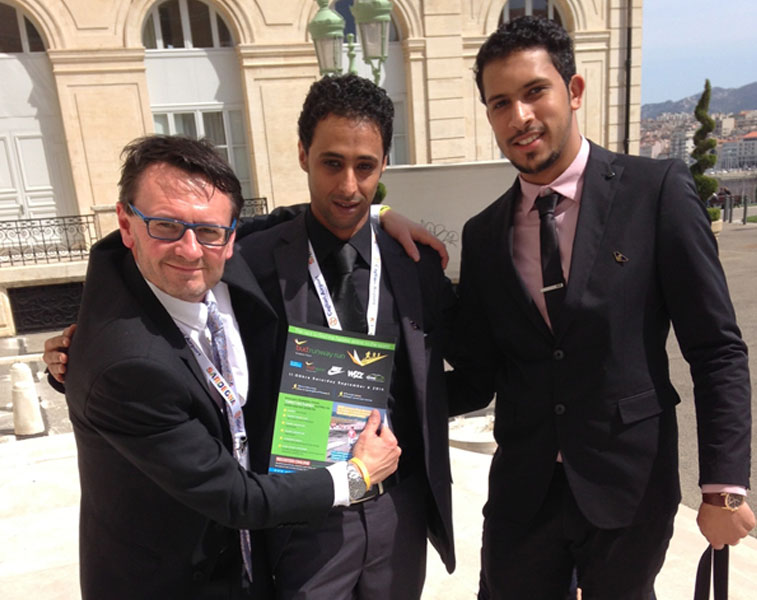 Specialist Network Managers from Saudia Cargo, Majed Alhaidari and Ahmed Jamil are both looking forward to their unconventional, but useful, introduction to Budapest’s runway. 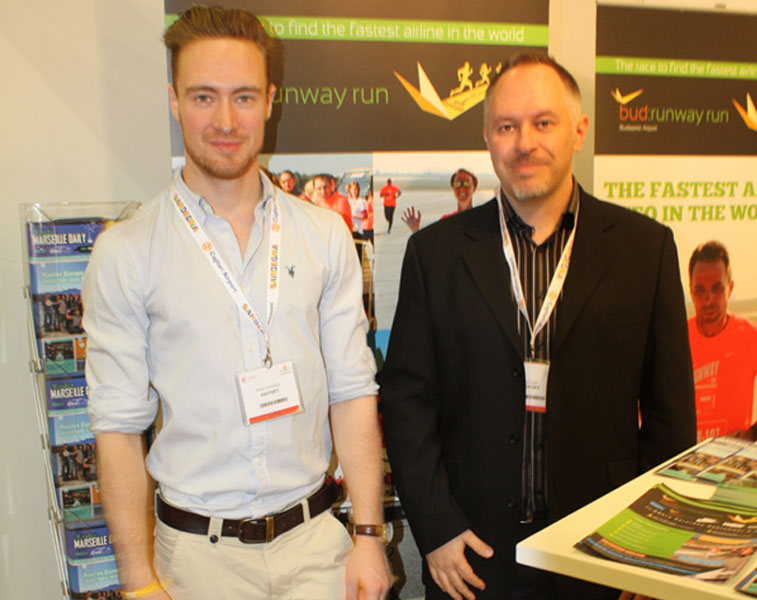 “Come on let’s run” – easyJet’s Peter Lochhead and Paul Croft, Schedule Development Manager both hope to get a team together in a bid to win “the fastest airline in the world” to add to the “big Orange’s” awards showcase. 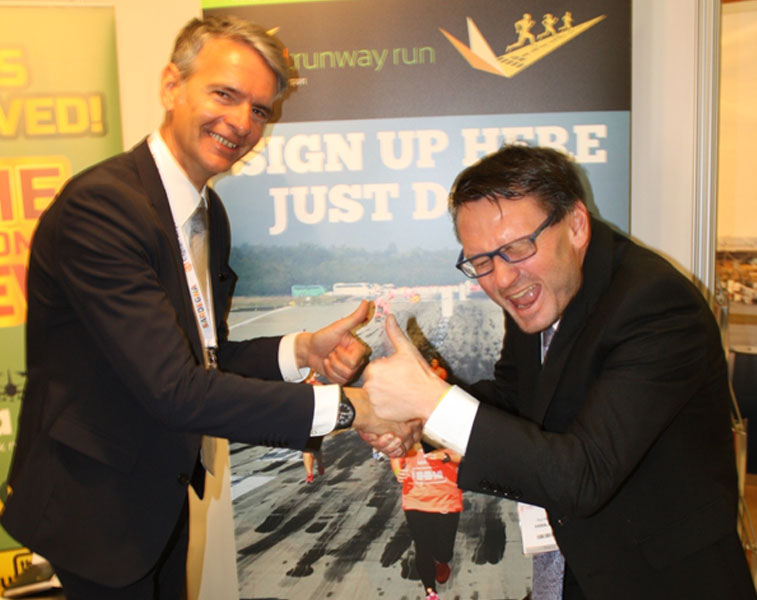 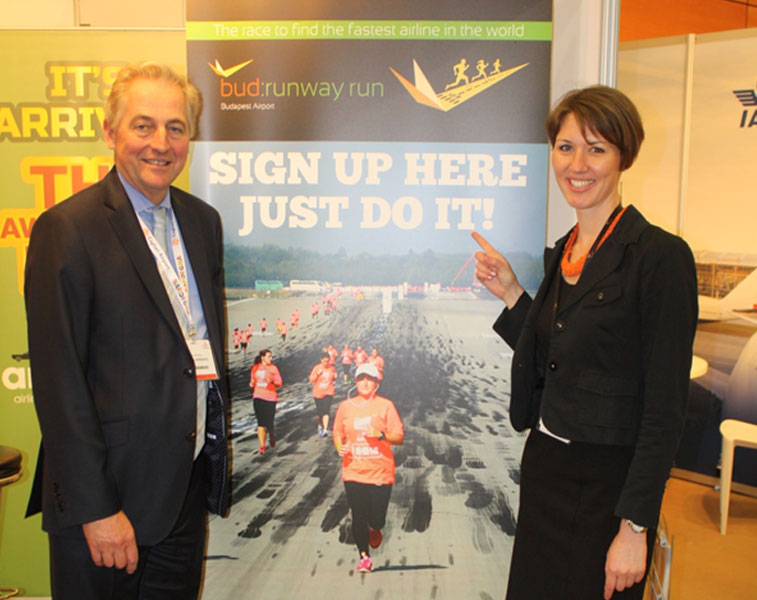 As a keen runner Paul Whelan, Consultant Business Development, Adria Airways is looking forward to the rare privilege of running on an active runway: “This is a brilliant cause.” 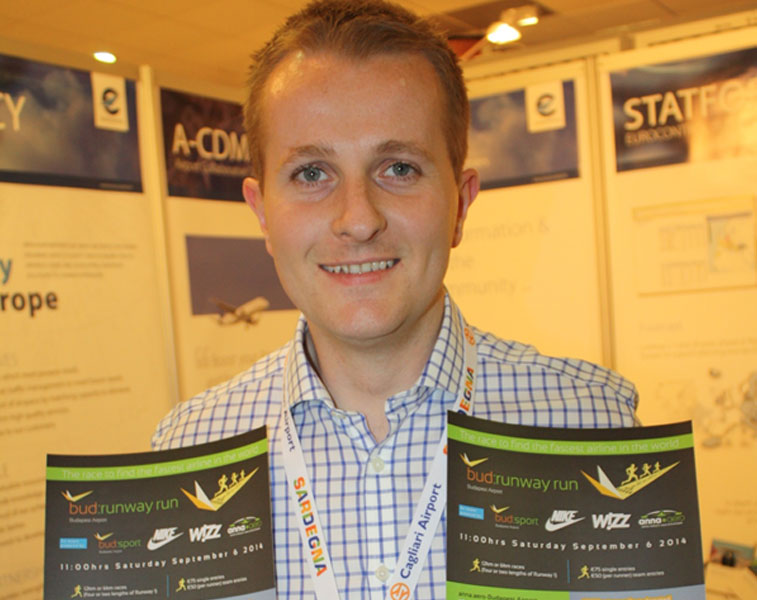 Charles Walker, Assistant CODA Analyst, EUROCONTROL was immediately ready to give away his cash to the good causes benefitting from the race. 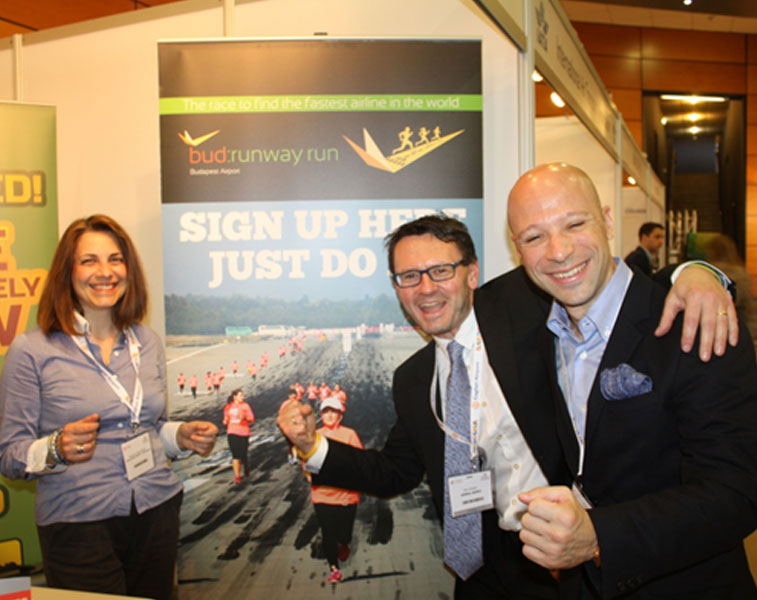 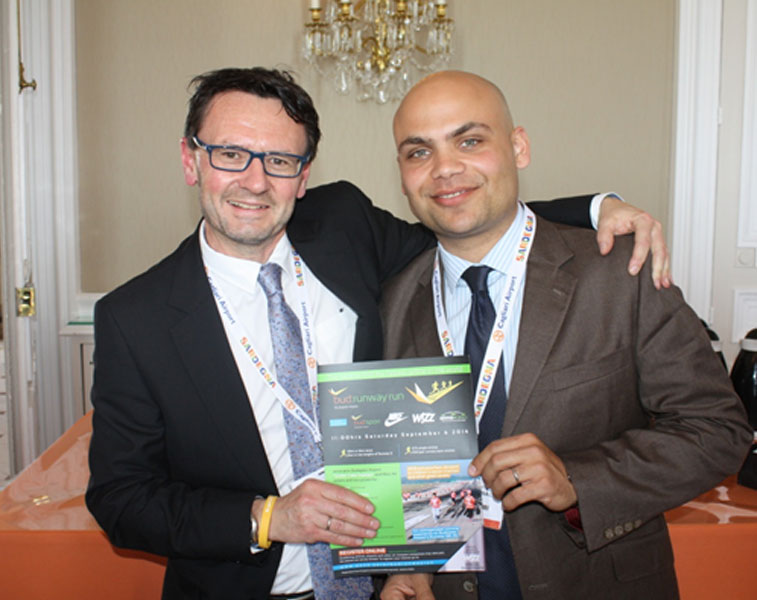