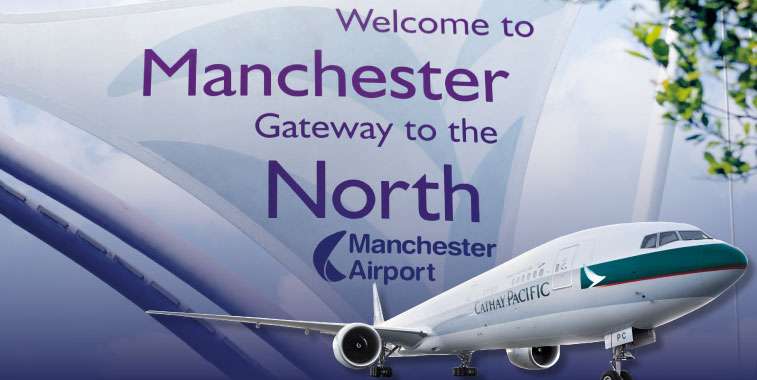 Manchester Airport, proves its gateway credentials with the launch of Cathay Pacific Airways’ eighth service into Europe, following capital cities like London, Paris and Rome. The start of the four times weekly flights represents the first route launched into the continent by the carrier in over four years.

When Kimmo Holopainen, Head of Business Development for Manchester Airports Group (MAG) said at Routes Asia in Kuching last month that “We know that Manchester is Hong Kong’s biggest unserved market,” he must have known what was around the corner, as Cathay Pacific Airways has decided to launch services between the two cities. From 8 December, the oneworld carrier will begin a four times weekly service using a 340-seat 777-300. Clearly the provision of some big numbers have worked — as the airport had an impressive market potential for Hong Kong in excess of 200,000 annual passengers — made up of 130,000 O&D and 70,000 indirect traffic leaked to other airports.

Looking at the airline’s European schedules for December this year, Manchester will become just the eighth destination that Cathay Pacific serves into Europe. According to Innovata schedule information, the carrier’s last two European route launches were in 2010, with Milan Malpensa starting in March of that year with a four times weekly 777-300 service, while Moscow Domodedovo was launched in July 2010 with a thrice-weekly A340-300 operation.

Despite the offer of five times daily services into London Heathrow, the airline clearly thinks there is still room to grow in the UK market. Italy and the UK will now become the only two European countries on Cathay Pacific’s network with more than one point served.

Once bitten, clearly not twice shy

Cathay Pacific has flown the Manchester route before. The inaugural 747-400 service from Hong Kong was launched on the 31 October 1989, operated via Frankfurt. At the peak of the Manchester-Hong Kong route between 1994 and 2001, the airline flew a daily service, with annual passenger numbers peaking in 1994 at 145,388 passengers. The previous service also operated via Paris Charles De Gaulle or Amsterdam at various times but was never flown direct, and eventually ceased operations in July 2001. For the last 13 years the route has no doubt been on the airline’s “to-do” list, and can now be finally scrubbed off. 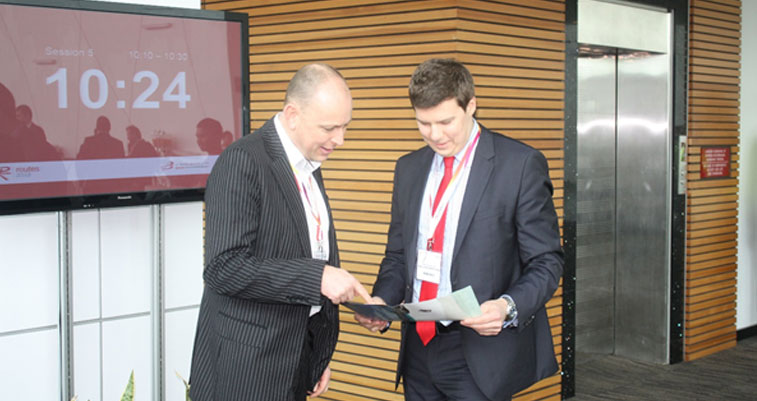 Captured in Kuching. Watkins: “So Cathay are starting on 8 December, that’s a great result”. Holopainen: “I couldn’t possibly comment,” accompanied by a knowing grin.