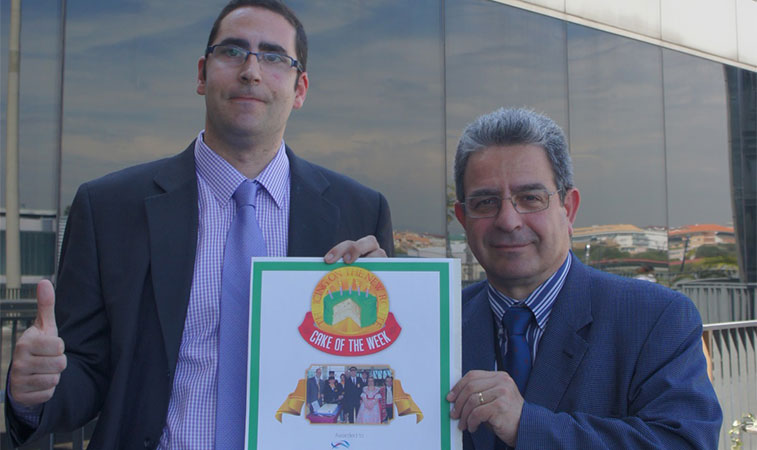 On 30 March, Sofia Airport welcomed Air Serbia’s first service from Belgrade with a cake ceremony as well as the traditional water arch salute. The new route that was last operated in June 2002 will be served daily, utilising the carrier’s ATR 72-200s. On 1 April Ryanair opened its third Greek base at Athens Airport, with two 737-800s operating services to Chania, London Stansted, Milan Bergamo, Paphos, Rhodes and Thessaloniki. The achievement was celebrated with a cake, a ribbon bonding and traditional Greek dances in the terminal, while the ULCC’s first flight was welcomed with a water arch salute. Cutting the cake’s first slice are (left to right): Ioanna Papadopoulou, Director Communications and Marketing, Athens Airport; and Peter Bellew, Head of Sales and Marketing, Ryanair. To kick off the Munich Airport summer timetable, two airlines celebrated an increase in frequencies last week. The Israeli flag carrier – El Al – added a further thrice-weekly flights to its Tel Aviv service, bringing the total to 11 weekly flights; while, Tunisair’s operations to the Tunisian capital saw a frequency increase by one weekly flight to thrice-weekly. On 10 April, Volotea celebrated its two millionth passenger (since it launched services in April 2012) with a special event at Bordeaux Airport. The lucky passenger was Soline Venard, who was awarded a year of free flights to any of Volotea’s 17 destinations from Bordeaux. Marking the achievement are: Alain Juppé, Mayor of Bordeaux; Marie Récalde, Mérignac’s local MP; Carlos Muñoz, CEO, Volotea; and Pascal Personne, Director, Bordeaux Airport. On 10 April, Emirates celebrated its 10th anniversary at Glasgow Airport, since it began operations on 10 April 2004, carrying over 2.3 million passengers across its global network. Marking a decade of transporting Scotland’s passengers to Dubai and beyond, the airline operated a one-off A380 service, the world’s largest commercial passenger aircraft. Celebrating the milestone are (left to right): Hubert Frach, Senior Divisional VP Commercial Operations, Emirates; and Amanda McMillan, MD, Glasgow Airport. 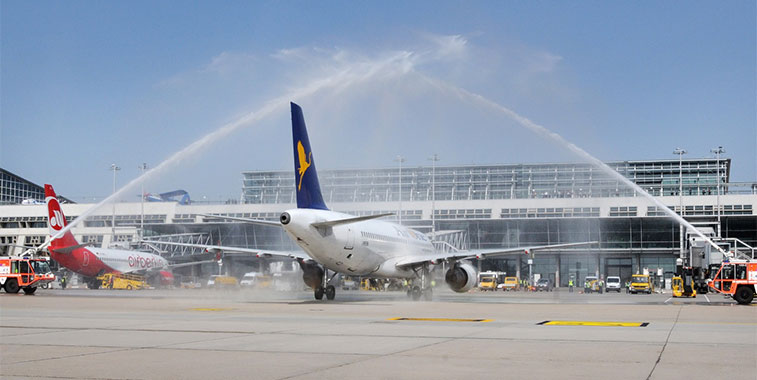 Newcastle Airport that is undergoing a £14 million departure lounge redevelopment project, celebrated the completion of the first phase on 11 April, when The Beer House, Flying Hippo and Aspire Lounge opened for passengers. The next major phase will commence in autumn this year, expecting to be completed by May 2015. Cutting the celebratory cake’s first slice are (left to right): Tommy Watt, CEO, Swissport UK and Ireland; John Harvey McDonough, Chairman, Spey Whisky; Sarah Burn, Manager, Aspire Lounge; and Dave Laws, CEO, Newcastle Airport. 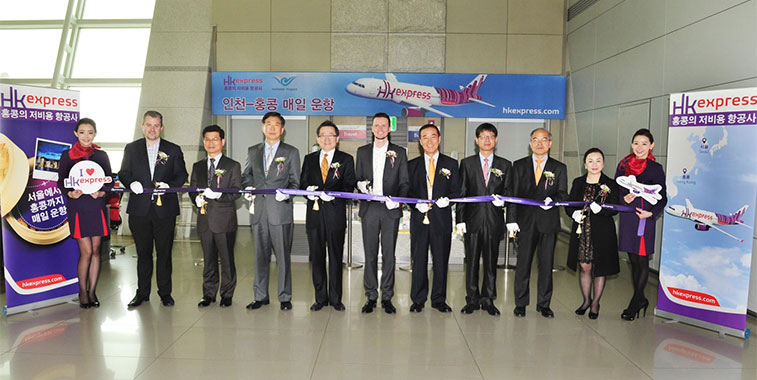 Jacksonville Airport organised a special event, including a water arch salute on 9 March, to commemorate the retirement of Charlie Husted, JAA employee and former commercial pilot as well as flight instructor.

On 11 April, Shannon Airport celebrated its 37 summer destinations, including nine new routes with a fantastic flash mob by students from the Irish World Academy of Music and Dance.