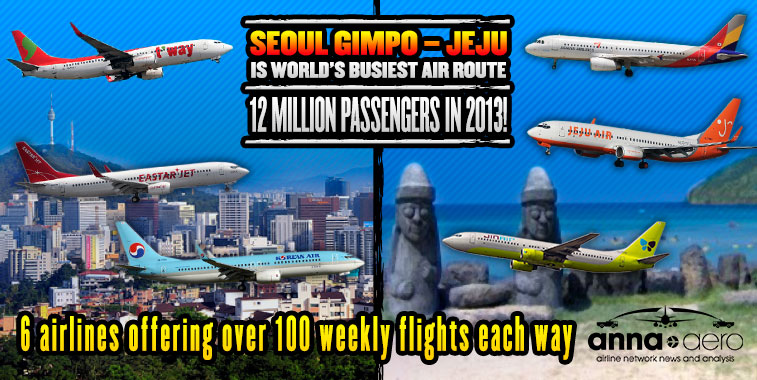 In 2013, Jeju International Airport, serving the South Korean island of Jeju, handled more than 20 million passengers for the first time in its history. Demand was up 8.7% last year, taking it past Seoul Gimpo (19.9 million), to become the country’s second busiest airport after Seoul Incheon (41.5 million). Passenger numbers have doubled in the last 11 years. Between 2000 and 2008 traffic grew by a relatively modest 36% in eight years, but in the last five years the airport has reported an increase of 61% in passenger throughput. 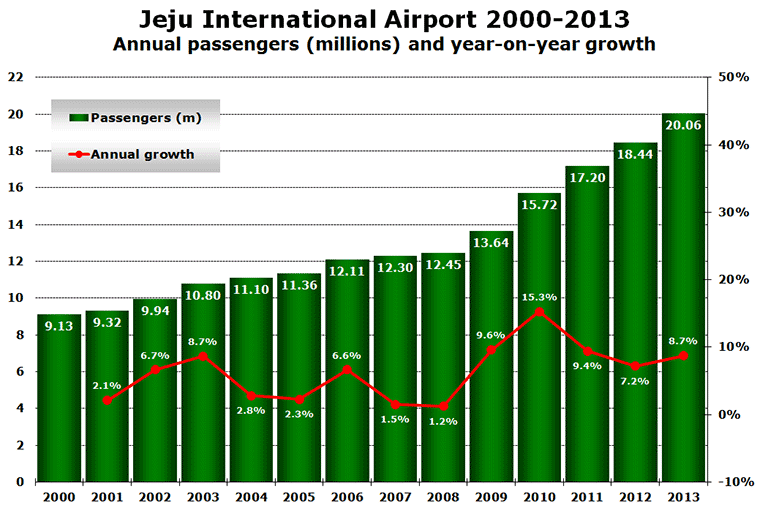 Despite leisure traffic being a significant component of the traffic mix the airport’s SVID score is a “good” 2.71. Traffic typically peaks in August, though in 2012 the busiest month was May. In the first quarter of 2014 passenger numbers are up an extremely impressive 19.1% to 4.72 million. 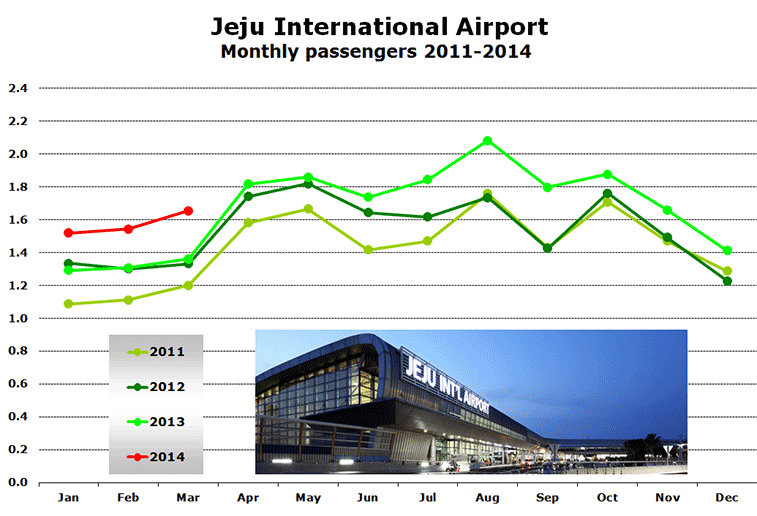 Figures from the Korean Airports Corporation reveal that over 60% of Jeju’s traffic is generated by a single airport pair, namely to Seoul Gimpo, the airport most convenient for serving the country’s capital. In 2013 a total of 12.2 million passengers travelled between these two airports, making it by some distance the world’s busiest air route. Passengers have a choice of six carriers between the two airports; Asiana Airlines, Eastar Jet, Jeju Air, Jin Air, Korean Air and t’way air, all of whom typically operate between 100 and 160 weekly departures. So not only is this route the world’s busiest, it is also one of the most competitive. The next busiest route from Jeju is to Gimhae International Airport, which serves Busan, which accounted for a further 2.84 million passengers in 2013. With such intense competition on the airport’s busiest route, no one airline dominates at the airport, with Korean Air accounting for only just over one-quarter of the airport’s traffic. 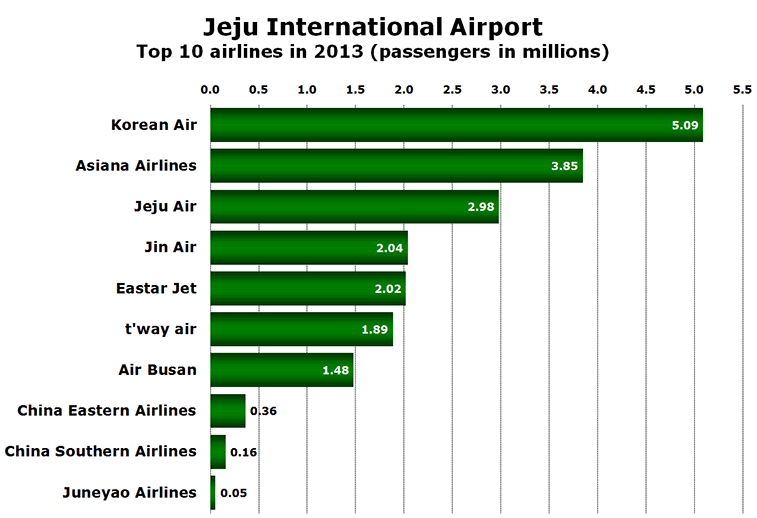 Last year international routes accounted for around 1.56 million of the airport’s 20 million passengers. The Chinese market is by far the biggest, accounting for almost 1.2 million of these passengers. Not surprisingly, Shanghai and Beijing are the airport’s busiest international routes, and of the eight new services that anna.aero has identified as starting between July 2013 and July 2014, six of them are routes to China, operated by Chinese airlines.

This growth in the Chinese market would appear to auger well for the airport’s future, as the island’s tourism appeal continues to be discovered by a wider international audience in the region.