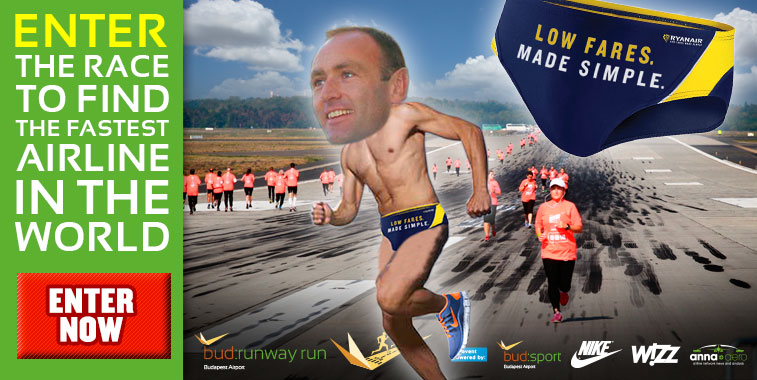 We didn’t make this up: Kenny Jacobs, the new Chief Marketing Officer of “New Ryanair” rang us, put his name down for the race, and later emailed us this image of his Speedos along with the message: “Good to talk earlier, here is my running gear for Budapest.”

anna.aero was delighted to receive a phone call from Kenny Jacobs, just-appointed in January to the brand new post of Chief Marketing Officer of Ryanair. Jacobs (40) the ex-marketing/comms supremo of Moneysupermarket.com and Tesco, is the man carrying the brief to re-invent “New Ryanair” as the family-orientated, customer-friendly, cuddly airline portrayed in the catchy peak-time TV adverts and “no hassle website”. The new CMO was calling to inform us that he will personally lead Ryanair’s entry in “The Race To Find The Fastest Airline in the World” – the 12km running race taking place on Budapest Airport’s Runway 13R-31L on Saturday 6 September, a charity event organised by an expert coalition of race host Budapest Airport, Nike, Wizz Air and anna.aero, in aid of child cancer charities, and other good causes.

When told that Jacobs was on the line, we didn’t know what to expect – would the new whizz-kid be very politically-correct, on-message, and totally IBM-corporate??? We were in for a surprise. 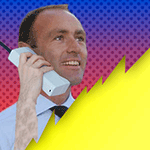 Jacobs: “Put me down for the race. I’m gonna run it in my Ryanair Speedos.”

Jacobs: “I never joke about these things. I can send you a picture of the Speedos if you like. I might get some chaffing over this distance and may need my legs rubbed in with Vaseline.”

anna.aero: “O-K, I’ll see what the line maintenance people can do for you in BUD. So you sound like a very serious runner.”

Jacobs: “Not really. I basically run to keep fit and relax at weekends, but I’m not a fanatic.” 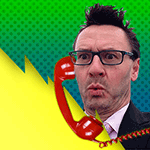 anna.aero: “So you haven’t really done anything competitive before?”

anna.aero: “Whaaaat??? 10 marathons! For a marketing man you really don’t sell your running expertise too well.”

anna.aero: “Don’t be silly, that’s a great result, and only eight minutes slower than me. So you’re definitely expecting to do quite well in this race?”

Jacobs: “No, we don’t aim as low as ‘quite well’ at Ryanair. As you would expect from Europe’s most competitive airline Ryanair Runners are in-it-to-win-it. We’re also Europe’s most cheerful airline which is why I’m running the race in my Ryanair Speedos. Do you want to ask me any more questions about them?”

anna.aero: “No, I think we’re good. Er…so Kate Sherry, Deputy Director of Route Development, is a legendary runner and also joins Ryanair Runners’ on the front row. When you arrived at Ryanair about 100 days ago, did you also find an equally strong marketing team?”

Jacobs: “It’s really coming together here. There has always been a great sales team and, frankly, a great customer service team – but while we’re communicating that much better, well over 80 million people will also experience real material improvements on New Ryanair this year, including the second bag and other customer-friendly enhancements. Ryanair has changed and is being viewed very differently by millions of European consumers – over 100 million of those will be our customers within five years. But change is not a single destination or target – it’s about constantly listening and continuous improvement. Now, shall I email you the picture of the Speedos?”

anna.aero: “Thanks. That would be lovely. The world really needs to see these.” 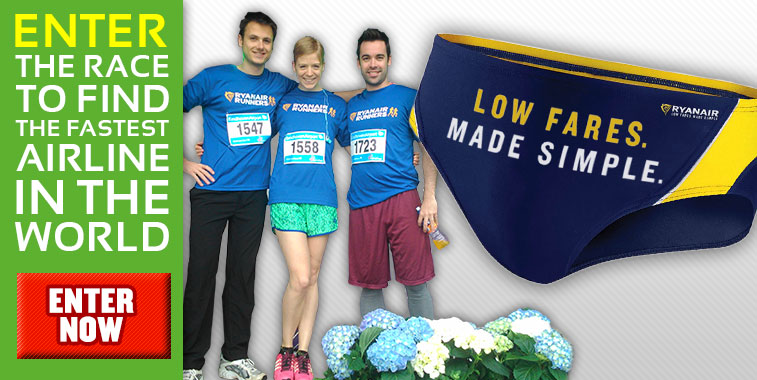