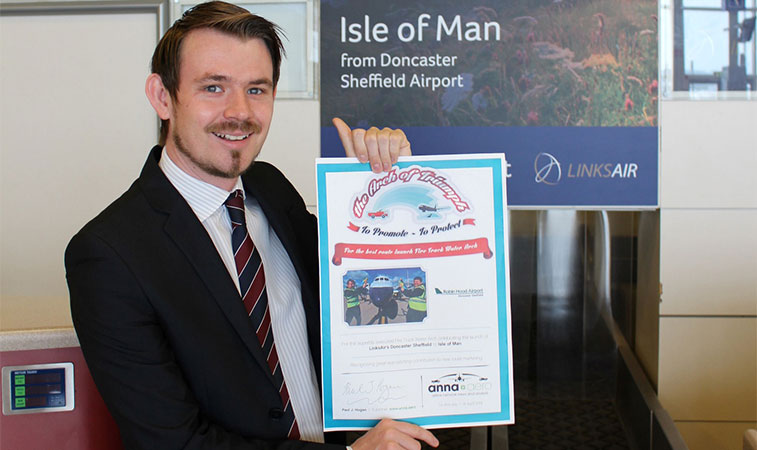 Last night at the Allianz Arena, Real Madrid dished out a footballing lesson away to FC Bayern Munich in the semi-final of the Champions League. In a slightly more important global competition, Munich Airport’s firefighters have delivered a master class in the revered ‘Arch of Triumph’, and now top the 2014 leader board (see below), unseating Dubai Al Maktoum Airport, which had held top spot for nearly three months. One judge, even scored the FTWA with a perfect 10, although he is at an excitable age, and is the most generous of the four experts, awarding on average a score of 6.5 per FTWA so far in the 2014 competition (versus the next highest judge of 6.1). With Munich’s win this week, and Doncaster Sheffield’s last week, Europe has further stretched its lead in terms of the inter-regional competition, being three wins clear of Asia in second place. 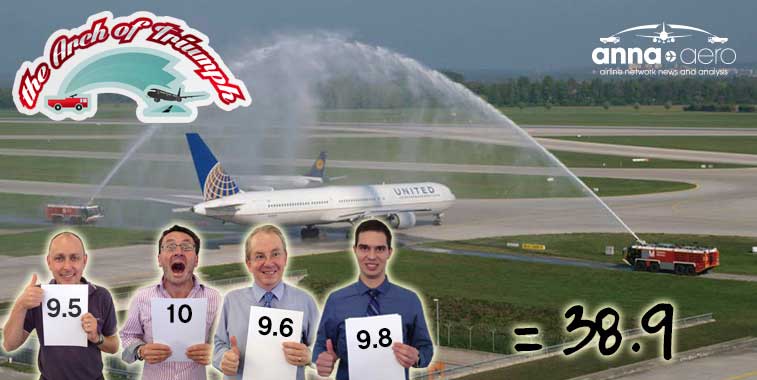 Wunderbar. We’re loving the elevated angle of this shot!

Judge’s comments: What you are witnessing here is a piece of fine German engineering, and it just so happens that the result is an FTWA and not a car for a change. Munich has been a previous winner in the ‘Arch of Triumph’ and finished in fourth spot in the 2013 competition, but this FTWA could well seal victory in the 2014 competition with a score like that. Maybe the airport’s firefighters need to give some ideas to the city’s football team, who were far from world beaters last night. Ouch! 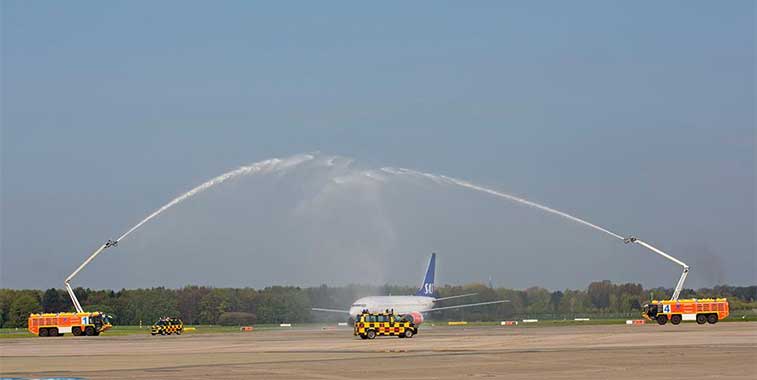 Follow me and get in the way of the picture!

Judge’s comments: This is a very professional job from our friends at Hamburg — we would expect nothing less!! But what was the follow-me vehicle doing? The aircraft made it all the way from Stockholm without you buddy, so I’m sure it can get to its stand without you photo-bombing what would have been a fine FTWA score!! 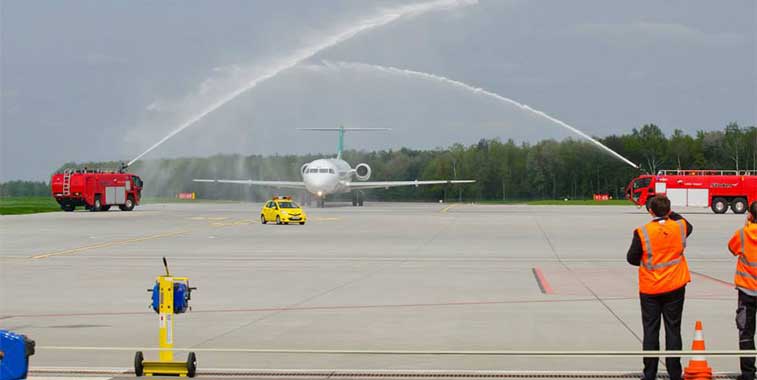 Linear alignment of tenders is essential for a good FTWA.

Judge’s comments: Aren’t these tenders designed to drive on grass? Maybe they had just cleaned the left-hand tender and didn’t want to get it dirty. Either way, the only casualty was the standard of this FTWA at Lublin. The Polish airport has until 3 July to get it right, when Lufthansa starts its seasonal twice-weekly service to Frankfurt. 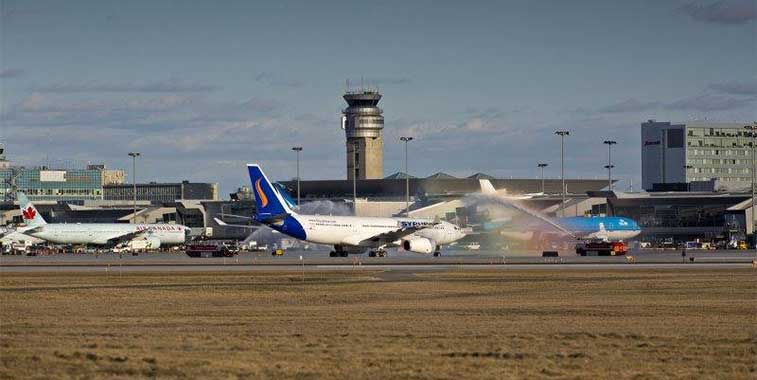 The FTWA doesn’t get much better when you watch it on YouTube either.

Judge’s comments: If you watch the video above you will see that Montreal’s fire fighters fell woefully short on delivering an FTWA for their new route from Tunis. The water barely even made it to A330’s wings, let alone meeting with a pair of perfect ‘Leaping Dolphins’. Better get practising for the Copa Airlines launch in June. 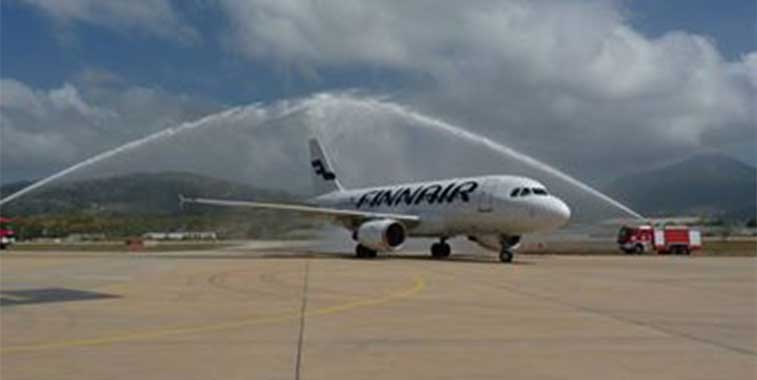 Judge’s comments: In a less competitive week, this effort from Gazipasa would have had no problem winning the weekly competition. In fact, with a total of 32.9 it would have secured #4 spot on the overall leader board for 2014. However, being ultra-picky, the judges were not keen on the lack of a visible left hand tender and the poor curvature of the arch (<37 degrees), seeing this FTWA lose points. But still a fine effort.