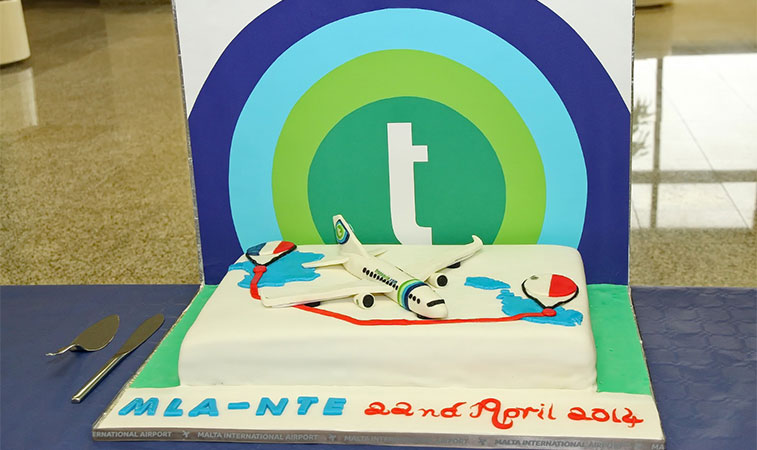 Malta Airport also offered a new route cake for the LCC, which began weekly services from Nantes on 22 April.