On 30 April, a Qatar Airways A320 flight hosting local dignitaries became the first aircraft to officially land at the newly-opened Hamad International Airport, the new airport serving Doha, which has been built next to the existing airport, but on land that was 60% reclaimed from the sea. The first scheduled flight to arrive at the airport was flydubai’s service from nearby Dubai, which arrived just before noon. flydubai is one of 10 carriers that have moved their services from Doha International Airport to Hamad International Airport with immediate effect. The other carriers are Air Arabia, Air India Express, Biman Bangladesh Airlines, Iran Air, Nepal Airlines, Pakistan International Airlines, Pegasus Airlines, Syrian Airlines and Yemenia. Qatar Airways, as well as all remaining carriers, plan to move their services over to the new airport from the end of May.

Last year Doha International Airport handled 23.3 million passengers, an increase of 9.9% on the figures for 2012. This makes it similar in size to Oslo (23.0 million) and Fort Lauderdale (23.6 million). Using anna.aero’s SVID calculator, the airport’s seasonality profile scores an “excellent” 0.45. In the first quarter of 2014 the airport’s traffic has grown year-on-year by 13.8% 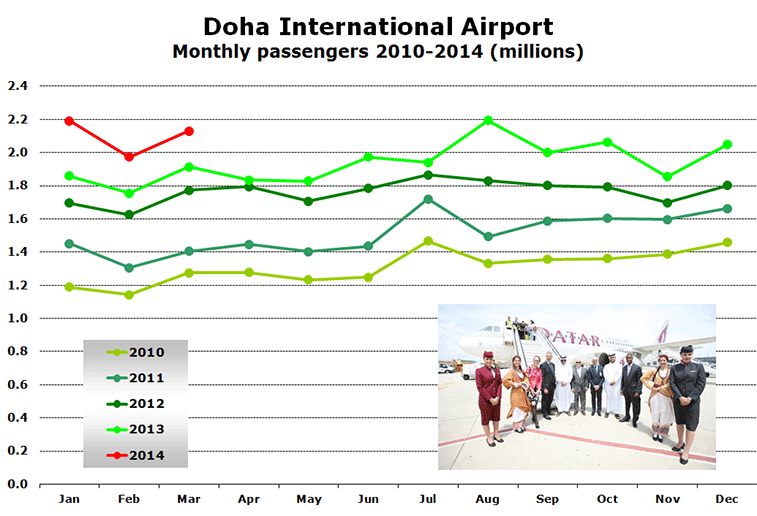 The new airport will initially be able to cope with up to 30 million passengers, rising to 50 million upon full completion. Since the beginning of 2013 the following new services have been added at Doha International Airport.

Of the 16 new routes launched by Qatar Airways from Doha in the last 16 months, 10 have been operated, at least initially, with narrowbody aircraft. Apart from Qatar Airways, only Cathay Pacific Airways and Pegasus Airlines have launched flights to the airport. Since Qatar Airways joined the oneworld alliance on 30 October 2013, the Cathay Pacific service helps add additional capacity between two major oneworld hubs.

A further seven new routes have so far been announced as starting between now and the end of July, two each in the US and Europe, and one each in Africa, Asia and the Middle East. Two of the routes will be launched by the airline’s growing fleet of 787-8s, while a further three will be started using narrowbody A320-series aircraft. 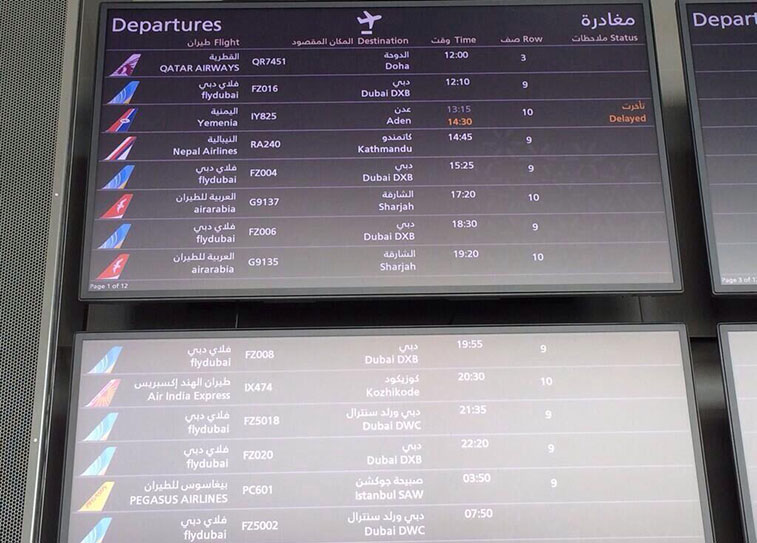 A total of 11 commercial services (plus the return ‘next door’ of Qatar Airways’ VIP flight) were scheduled to depart Hamad International Airport on its first day of operation. Already putting a dent in the airport’s punctuality statistics was the delay of Yemenia’s first flight.