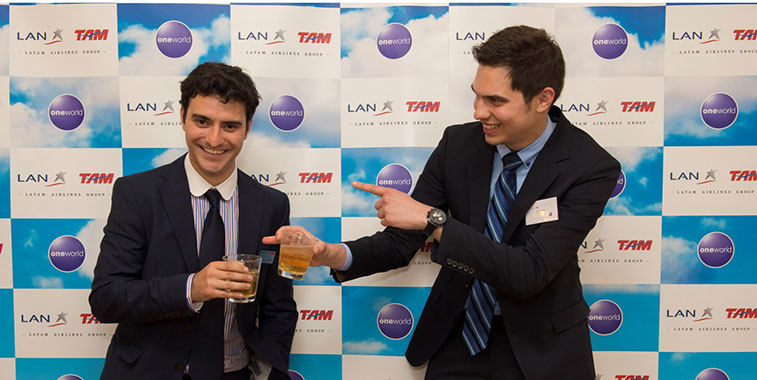 LATAM Airlines Group, the parent company of Brazil’s TAM Airlines and Chile’s LAN Airlines, which when combined account for almost 40% of weekly seat capacity in South America (according to Innovata schedule data for this May), has recently chosen membership of oneworld over Star Alliance. This comes as a result of the Chilean anti-trust authorities forcing LATAM to leave one of the alliances as part of their merger agreement, as LAN was already a member of oneworld since 2000, while TAM belonged to Star. On 31 March, its Brazilian arm officially joined oneworld, giving anna.aero’s Vlad Cristescu a chance to catch up with LATAM Airlines Group’s Commercial Director for UK and Nordic Countries, Martin Modarelli, during a special drinks reception organised in London last week.

anna.aero: What are your major commercial plans for 2014?

Martin Modarelli: Our major aim this year is to increase the awareness of LATAM’s long-haul flights to South America, with a strong emphasis on the London Heathrow-Sao Paulo Guarulhos daily operations. We believe there are great opportunities to develop South America as a niche destination from Europe; therefore my aspirations are to increase the leisure passenger numbers this year. This said we have not only started working with Tourism Boards to reach our final consumers, but we are also offering competitive packages of £999 for seven nights to Brazil.

aa: Why did you choose membership in oneworld over Star Alliance?

MM: We evaluated all the existing possibilities and chose the alliance that offers the greatest network and distribution benefits in both North America and Europe, which in this case is oneworld — the biggest and most successful global alliance over the recent years.

aa: What is LATAM’s network planning focus? What new routes would you like to develop as part of your ongoing strategy in the next months?

MM: LATAM’s ongoing strategy is to consolidate its presence in the European markets that are currently served — London Heathrow, Paris CDG, Frankfurt, Milan Malpensa and Madrid. In the short-term we don’t have any plans to opening any new routes, however, we will start evaluating a number of potential new services once our future aircraft orders arrive.

aa: How many aircraft is LATAM going to incorporate into its fleet as part of the future order?

MM: We are expecting a total of 32 more 787-8s/787-9s, along with 22 A350-900s to join LATAM’s fleet in the next few years, with the latter being our main choice for operating future long-haul flights. In addition, the A350s will replace the existing long-haul fleet, including our A330s and A340s, providing passengers with a more efficient and enhanced product.

aa: What is the directionality like from your European destinations to South America?

MM: Currently, it can be defined as an 80-20 split between passengers originating from Europe, heading mainly to Guarulhos in Brazil, which gives us an idea about the huge opportunity we have to continue growing. In fact, our target for this year is to achieve a 70-30 split.

aa: According to LATAM’s preliminary monthly results for March 2014, international passenger traffic decreased by 2.2%, while capacity went down by 8.1%, when compared to the corresponding month of 2013. What has caused this decline?

MM: This decline came as a result of the cancellation of TAM’s operations from Frankfurt and CDG to Rio de Janeiro Galeao due to the operational rationalisation of our long-haul network. Following the withdrawal of these services last summer, LATAM’s revenue with regard to international flights decreased less than the downsized capacity. Furthermore, the international load factor went up 5% to 84.4% when compared to the corresponding month last year.

aa: Could you tell us how the bookings for FIFA World Cup are going?

MM: Our Brazilian destinations have received an extremely large interest during the FIFA World Cup, with the UK bookings being four times higher when compared to last June’s. In order to accommodate this massive demand, on 4 June we are going to re-launch the thrice-weekly flights from Heathrow to Galeao that will be operated until 18 July. Moreover, examination of June’s bookings indicates that around 27,000 English football fans are likely to be part of the legendary competition this year. 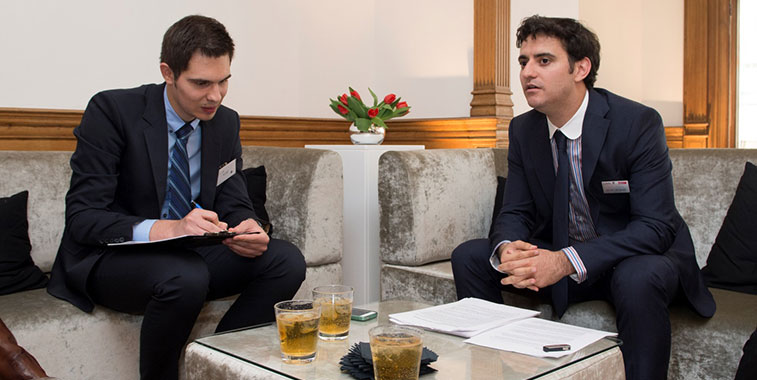 “For 2014 we’ll be looking to consolidate our presence in the European markets that are currently served by LATAM,” says Modarelli.