InterSky’s inaugural flight to Zurich was celebrated with a special cake ceremony by the airline’s crew at Dresden Airport on 5 May. This airport pair will be operated using the carrier’s Q300s. 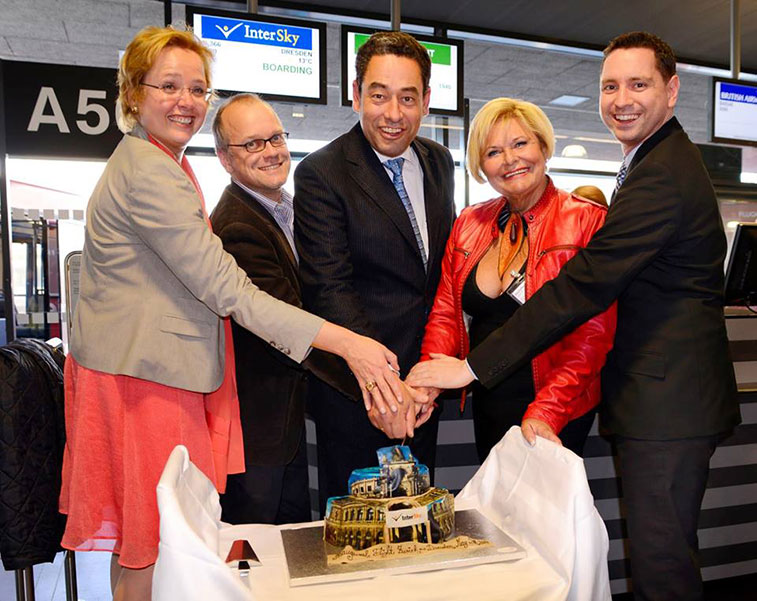