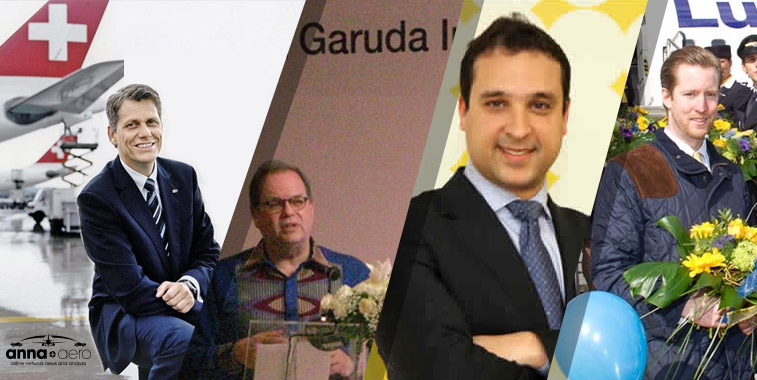 Airports which want to get noticed by Europe’s largest airline group can chat with Lufthansa board member, and SWISS CEO, Harry Hohmeister at this year’s ACI EUROPE General Assembly, Congress & Exhibition, June 16-18, which is hosted by Fraport in the city’s downtown Messe Frankfurt – the famous location of the annual Book Fair (does anyone really read wooden books anymore???)

Hohmeister will give a keynote speech telling the airports what SWISS, and the many other Lufthansa airlines, expect to get from their airport partners. Later on anna.aero’s friend, Peter Harbison, Executive Chairman of CAPA, will lead an “Airline Conversation” which will engage a range of senior airline executives on this year’s congress theme of Connectivity – a very hot topic in Germany where Munich Airport has even re-branded to embrace this concept with it’s new “Living Ideas – Connecting Lives” corporate image.

Indeed, Munich Airport President and CEO, Michael Kerhloh, will be one of many airport C-listers, to deliver case studies on whether their connectivity campaigns have had any success. Others include London Heathrow’s outgoing CEO, Colin Matthews – both Heathrow and Munich have made substantial use of their very public connectivity promotions in support of their third runway campaigns.

The CEOs of Aéroports de Paris, Vienna, Copenhagen, Ekaterinburg, Brussels, Venice Marco Polo, Cologne Bonn, Fraport (of course) and Berlin will all be on stage – talking and available for questions  – inevitably providing a chance to ask the German capital airport’s boss, Hartmut Mehdorn, when his shiny new airport might open!

Click here to register for the ACI EUROPE General Assembly, Congress and Exhibition 2013