Cologne Bonn welcomes Flybe and Aegean Airlines as traffic grows once more; Ryanair base to open in October The quickest way from CGN to BHX … is with Flybe. On 10 April the UK regional airline began daily flights using a Q400. Both cities are home to a variety of automotive industries, hence the decision to use a car on the cake celebrating the new route.

The arrival of new carriers, and expanding services from existing carriers, means that Cologne Bonn Airport can once again look forward to reporting traffic growth in 2014. Passenger numbers at the airport peaked at over 10.4 million in 2007, but since then traffic has declined in five of the last six years to reach just over nine million in 2013. However, this is still 70% up on the traffic reported in 2002, before the development of Germany’s low-cost airline sector gave the airport a major boost between 2003 and 2007. 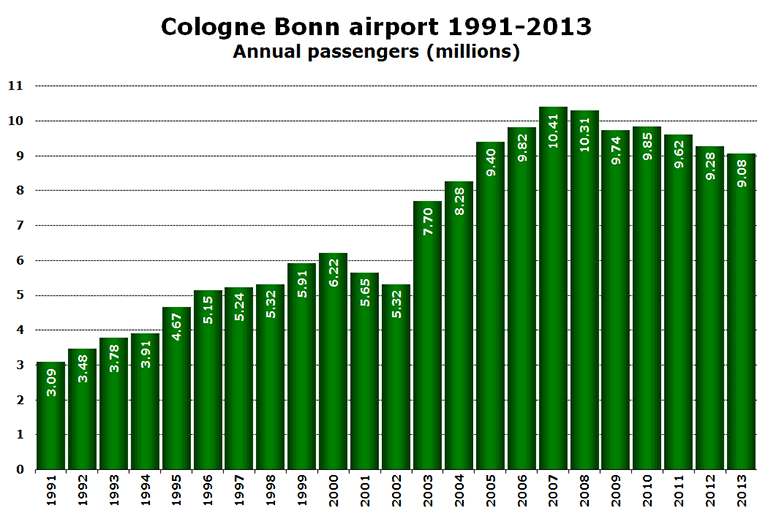 Aegean Airlines and Flybe new for 2014; the return of Blue Air

This summer has already seen the arrival of one new airline, Flybe, which launched services to Birmingham in the UK on 10 April. Another new carrier for the airport, Aegean Airlines, will commence flights to Thessaloniki in early June. Romanian LCC Blue Air is planning a return to the airport from mid-June with flights to Bucharest, while another Central European LCC, Wizz Air, recently extended its network from the airport by adding a twice-weekly service to Skopje in Macedonia. 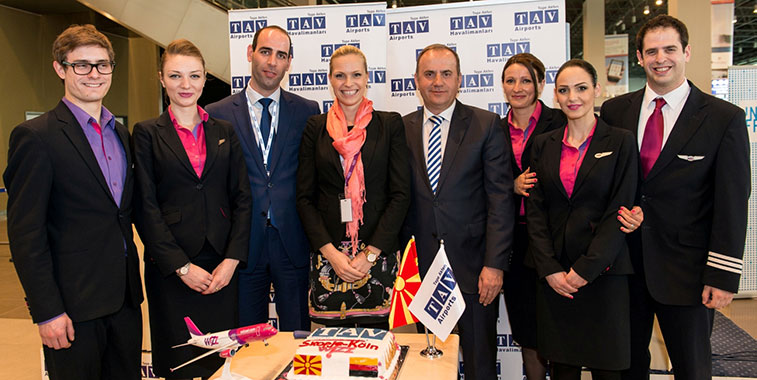 The launch on 4 April of twice-weekly Wizz Air flights from Skopje in Macedonia to Cologne Bonn meant that the Central European ULCC now offers four destinations from the German airport, the others being Gdansk, Katowice and Kiev Zhulyany.

Germanwings network up to 75 routes 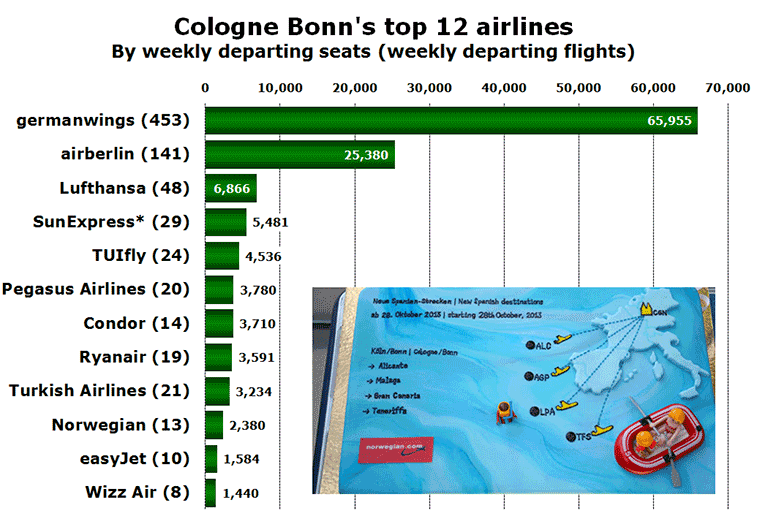 Ryanair began serving Cologne Bonn in May 2012 with routes to Girona and Palma de Mallorca. Since then routes to Faro and Malaga (both March 2013) and Tenerife South (October 2013) have been added. However, from the end of October, Cologne Bonn will become Ryanair’s 68th base, with a single 737-800 to be located at the airport, and new services to Dublin, London Stansted, Madrid, Riga and Rome Ciampino being added, to bring the airline’s network to eight year-round routes and 10 in all.