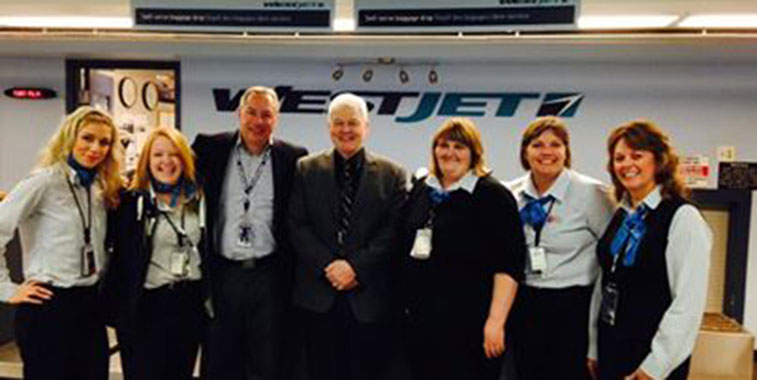 The inaugural flight was celebrated at Fort McMurray Airport as well. The new airport pair will be operated by WestJet Encore’s Q400s.