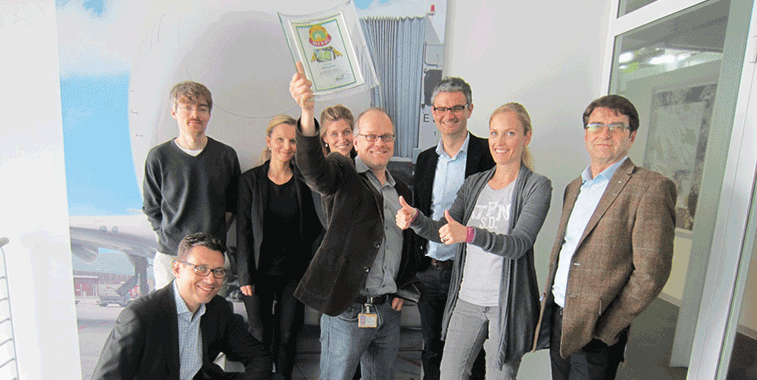 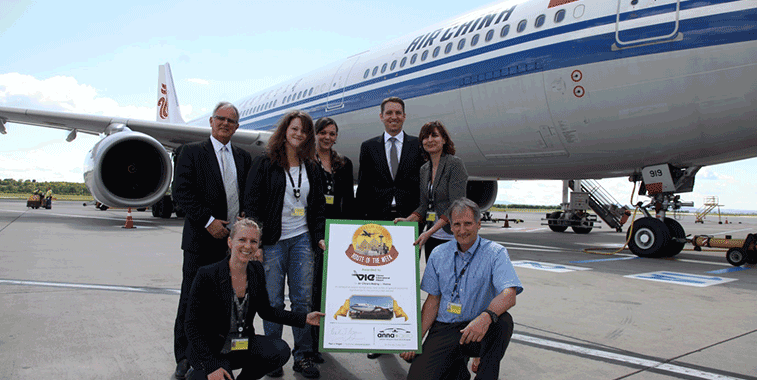 Northeast Florida Airport celebrated on 2 May the inaugural flight of Frontier Airlines’ thrice-weekly flights from Trenton with a fabulous cake in the shape of a Frontier aircraft surrounded by post cards. See above a full video-coverage of the carrier’s first arrival at the airport. On 5 May, SunExpress stationed one of its 737-800s at Hannover Airport. The arrival of the Turkish leisure airline’s aircraft was greeted with a water arch salute by the German airport’s fire brigade. Furthermore, on 8 May, SunExpress opened another German base, this time at Nuremberg, with one 737-800 based at the airport. The carrier’s summer schedule from the German gateway will include a total of 10 destinations in Turkey, Egypt and the Canary Islands. The crew of the first service to Heraklion got a warm welcome with big pillows (as a little help during an overnight stop) delivered by the marketing team of Nuremberg. 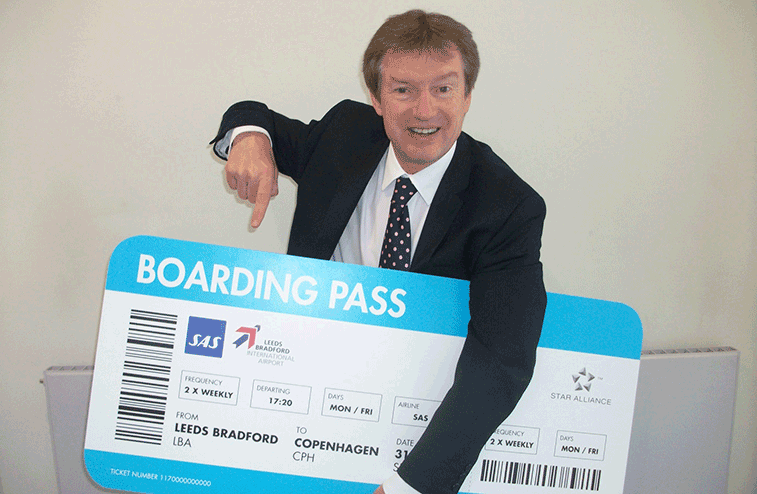 The Eurovision Song Contest was held in Copenhagen last weekend. Leeds Bradford Airport celebrated its link to the chart-topping Danish capital on 9 May. Marking the event is Tony Hallwood, Aviation Development and Marketing Director, Leeds Bradford. SAS is operating this airport pair since the end of March with twice-weekly flights (Mondays and Fridays), using its CRJ 900s. Next year’s event will likely take place in Vienna after Austria’s Conchita Wurst won with her song “Rise like a phoenix”. Leeds Bradford does not (yet) have direct services to the Austrian capital … 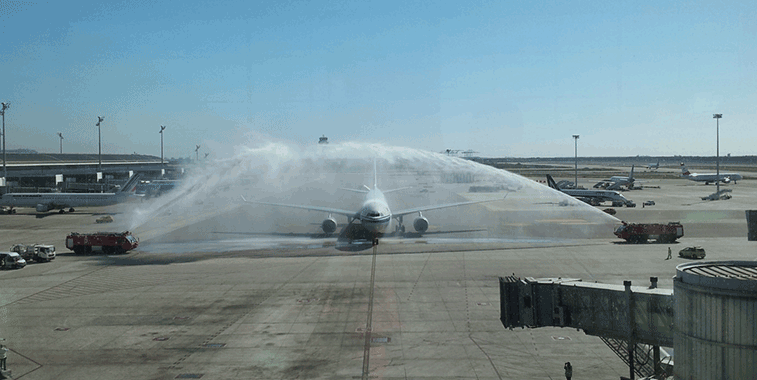 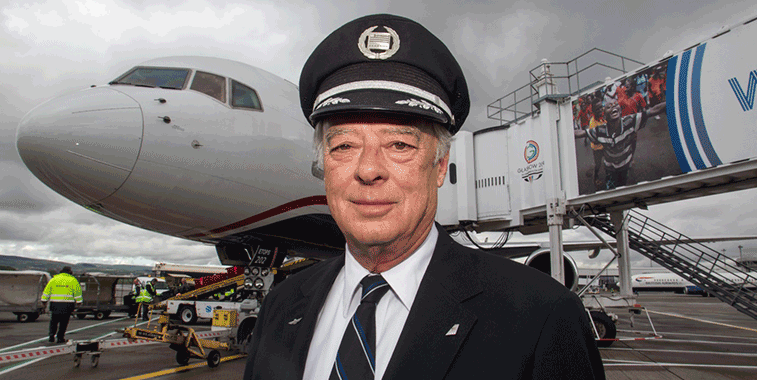 On 8 May, Glasgow Airport held a double celebration for US Airways’ 10th anniversary at the international gateway as well as for Captain David Gray of Gloucester, Massachusetts, who, after 36 years of service, took the controls of what was his final flight with the airline. The US operator, which is now part of American Airlines, launched operations from the Scottish airport on 11 May 2004 with Philadelphia services.