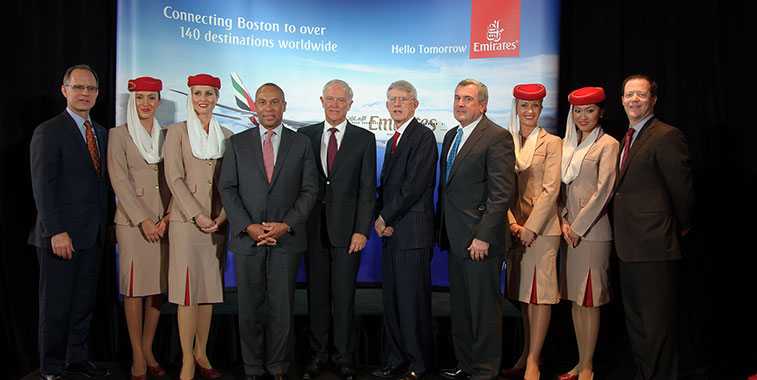 On 10 March Emirates launched its first flight to Boston, making the Massachusetts airport its eighth US destination. Seat capacity between the UAE and US has grown by over 40% in the period June 2013 to June 2014, thanks to a couple of new routes (Etihad Airways starts Los Angeles flights on 1 June) but also an increase in average aircraft size.

Based on last year’s passenger numbers and growth rates, the airports of the United Arab Emirates might reasonably have been expected to handle over 100 million passenger movements this year. Unfortunately, the rapid growth of Dubai Airport has necessitated that that airport undertake runway maintenance work during an 80-day period from 1 May to 20 July. Some capacity will be shifted to the new Dubai Al Maktoum airport, but Emirates and flydubai will also be cutting capacity during this period. As a result, it seems likely that it will be 2015 before the UAE’s airports pass the 100-million mark.

In 2013, all three main airports serving the UAE reported double-digit growth; Dubai grew 15%, Sharjah 13% and Abu Dhabi by 12%. Dubai’s 66.4 million passengers in 2013 means that the airport now ranks 7th globally (up from 10th in 2012), and despite the runway closures it could easily still jump to fourth place, passing Los Angeles, Chicago O’Hare and Tokyo Haneda, by the end of the year. 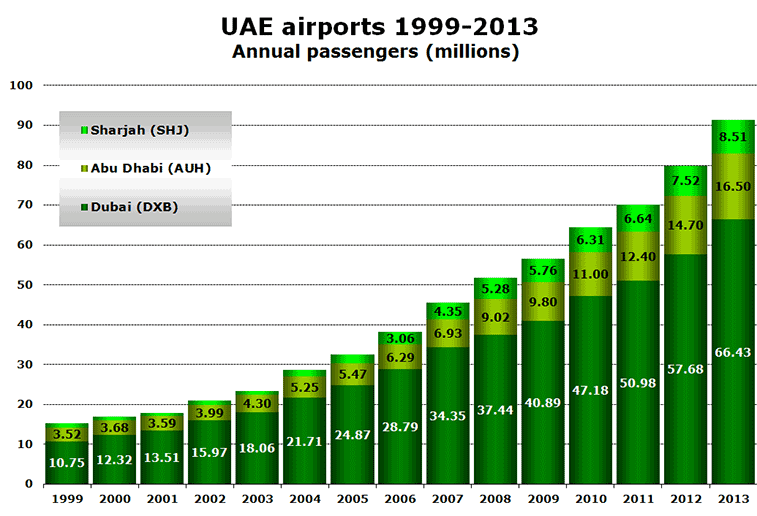 Apart from these three major airports, Air Arabia recently set up a two aircraft base at Ras Al Khaimah Airport, just 50 kilometres from Sharjah, while last October, Dubai Al Maktoum welcomed its first scheduled passenger flights with the arrival of Wizz Air and Jazeera Airways. Since then, Gulf Air and Qatar Airways have also started serving the airport on a regular basis.

Over 30 new destinations added from Dubai in last 18 months

Etihad Airways has grown the number of non-stop destinations served from Abu Dhabi in the last 18 months by nine, with new routes to Ahmedabad, Amsterdam, Belgrade, Ho Chi Minh City, Jaipur, Madinah, Sana’a, Sao Paulo and Washington. It is also launching Los Angeles and Zurich flights at the beginning of June, as well as Perth, Rome and Yerevan flights in July. 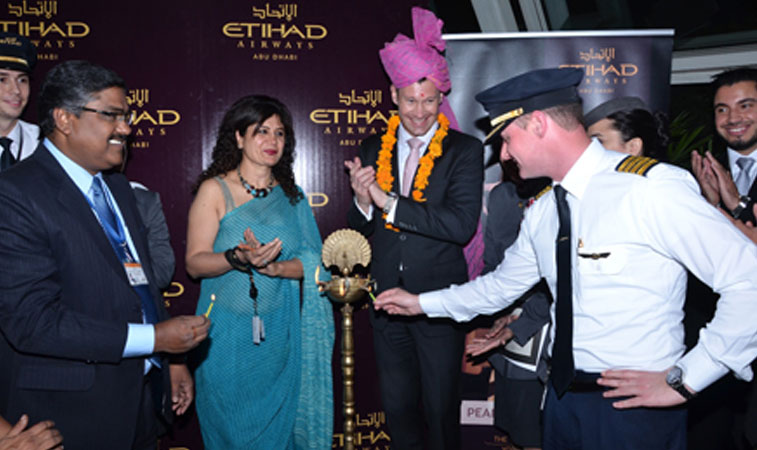 Combining flight data across all of the UAE’s main airports reveals that the Indian market is currently almost 80% bigger than the next biggest country market Saudi Arabia, and twice as big as the third ranked UK market. The fastest-growing major market in the last 12 months in terms of non-stop seat capacity has been the USA (+41%), followed by China (+23%). Growth rates would probably be higher if the period being examined did not include the runway restrictions in place at Dubai Airport. 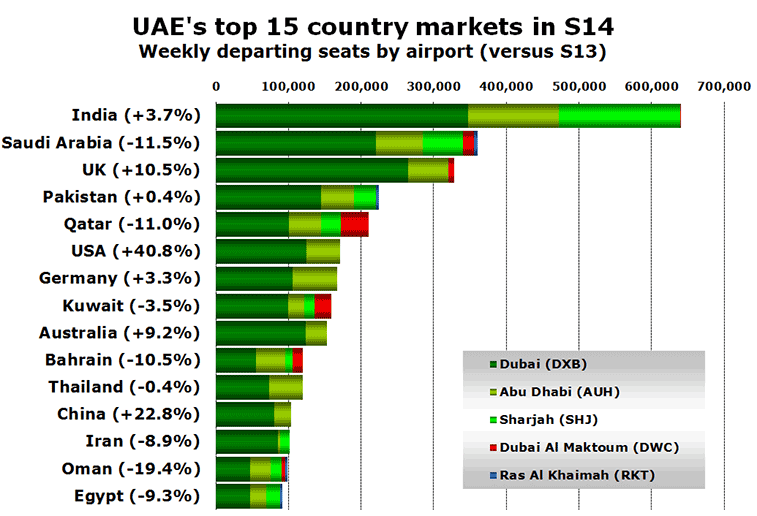 The bi-annual IATA Slot Conference takes place in Abu Dhabi from 10-12 June, and anna.aero will be there producing our on-site magazines, covering all the action at the event and the social programme. If you are attending and have a good story you would like to share then come and find us and let us know.