Getting on, getting off. Passengers preparing to board Fly Romania’s inaugural flight from Timisoara to Verona, and passengers disembarking from the airline’s first domestic flight between Bucharest and Tulcea.

On 15 May, Fly Romania began commercial operations from, not surprisingly, Romania. The new carrier will initially serve primarily the Romania-Italy market with a couple of MD-80 series aircraft, operated on its behalf by Romanian operator Ten Airways. So far a total of 11 routes have been announced on the airline’s website, www.flyromania.com.

Two (and a bit) aircraft needed to operate the schedule

By studying the airline’s on-line booking tool for the week commencing 16 June 2014, anna.aero has come up with the following aircraft rotation plans.

However, this leaves the twice-weekly service from Bucharest to Palermo unaccounted for, suggesting the use of a third aircraft on Tuesdays and Thursdays. Both aircraft start and finish each day in Bucharest, with flights from other Romanian airports operated as “W”s. 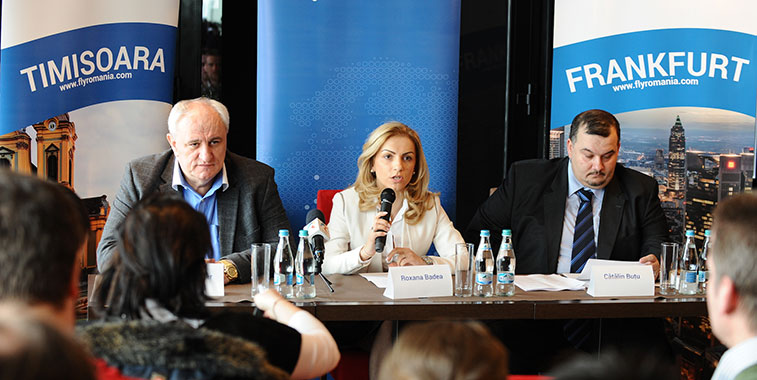