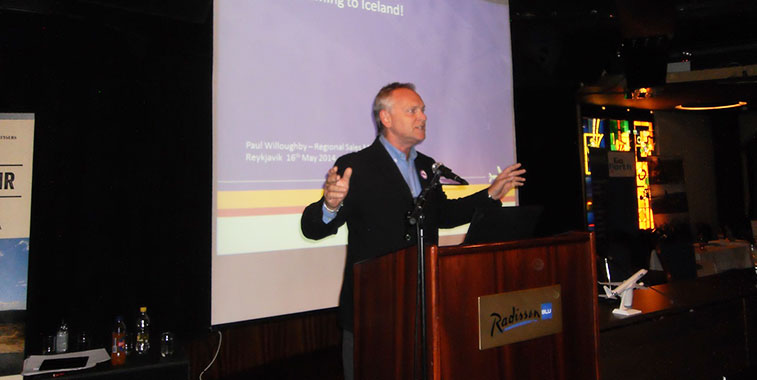 During ITW 2014 Iceland travel tradeshow, Paul Willoughby, Regional Sales Manager, Flybe, announced that the UK regional carrier will commence thrice-weekly flights from its Birmingham base to Reykjavik/Keflavik on 29 June, utilising its 88-seat E175s. In fact this service was previously planned to be operated until 7 September, but Willoughby confessed that it will be extended until March next year. The first ever scheduled Icelandic operations from Birmingham are part of Flybe’s three summer twilight routes, the other two being to Ibiza and Palma de Mallorca. In addition, the carrier has recently launched a rebranding of its fleet with a new purple look that reflects its reinvigorated product and service offering.

anna.aero was delighted to be invited to Iceland Travel Workshop (ITW) 2014 held in Reykjavik between 15 and 16 May, the first Icelandic conference that aims to connect and introduce the country’s tourism industry to potential partners. The workshop, the first of its kind in Iceland, was organised by a newly founded travel consultancy company, IcelandREPS along with its partners, Islandsbanki, Reykjavik/Keflavik Airport, Radisson Blu Hotel Saga and Reykjavik University. Around 200 delegates attended this year’s conference, giving anna.aero’s Vlad Cristescu a chance to catch-up with a mixture of airports, airlines and tourism bodies, to discuss the challenges and opportunities of flying to Björk’s land. Read also our Reykjavik/Keflavik Airport profile, Icelandair airline analysis and the 30-second interview with Skúli Mogensen, CEO, WOW air. 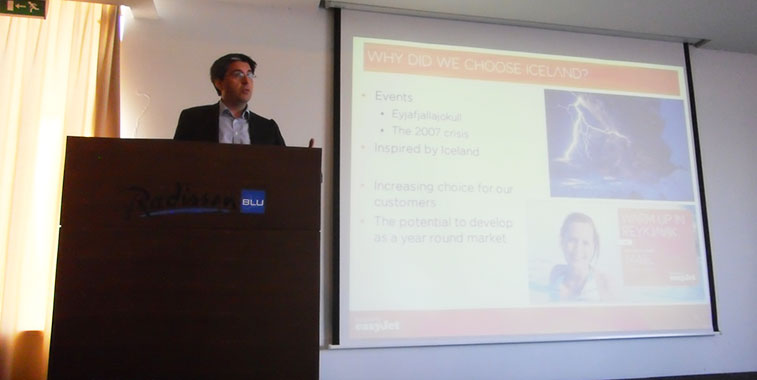 Hugh Aitken, UK Commercial Manager, easyJet kicked-off the formal proceedings of ITW 2014 at Radisson Blue Hotel, Reykjavik. With the first flight to Reykjavik/Keflavik having been launched on 27 March 2012, the low-cost carrier is currently serving the Icelandic capital with a combined total of 15 weekly flights from Bristol, Basel, Edinburgh, London Luton and Manchester. Aitken confessed that following the 2007-08 banking crisis along with the eruption of the Eyjafjallajökull volcano, they were inspired to commence scheduled services to Iceland. “We are proud of being the third largest operator at Keflavik and we believe that Iceland offers all the ingredients to be developed as a year-round market,” he added. 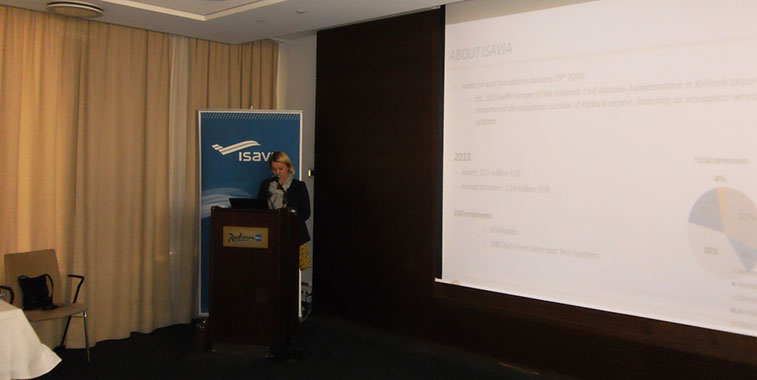 Elín Árnadóttir, Deputy Managing Director, Isavia spoke about the current role of the Icelandic airport authority and what are the main challenges of promoting Iceland. Founded on 29 January 2010, after the merger of the Icelandic Civil Aviation Administration in Reykjavik/Keflavik Airport with the other airports, Isavia currently handles the operations and developments of all 15 Icelandic gateways, and manages the air navigation traffic within the country’s control area. Commenting on Iceland’s marketing campaign, Árnadóttir mentioned: “We are mainly focussing on markets that are served with non-stop flights year-round, with strong emphasis on Germany, Netherlands, Belgium, France, the UK, the US and the Nordic countries.” Between presentations, anna.aero’s Cristescu (left) seized the opportunity to talk to Hörður Guðmundsson, CEO, Eagle Air. The oldest carrier still operating in Iceland (as it was founded by Guðmundsson himself in the 1970s), it currently offers scheduled services from its Reykjavik base to five domestic destinations − Westman Islands, Höfn in Hornafjörður, Húsavík, Bíldudalur and Gjögur, utilising its Jetstream 31s. Commenting on the carrier’s future expansion, Guðmundsson stated: “Taking into consideration our summer operations, which are nearly overbooked, we are evaluating adding more aircraft to our fleet, either Saab 340s or ATR 42s.” 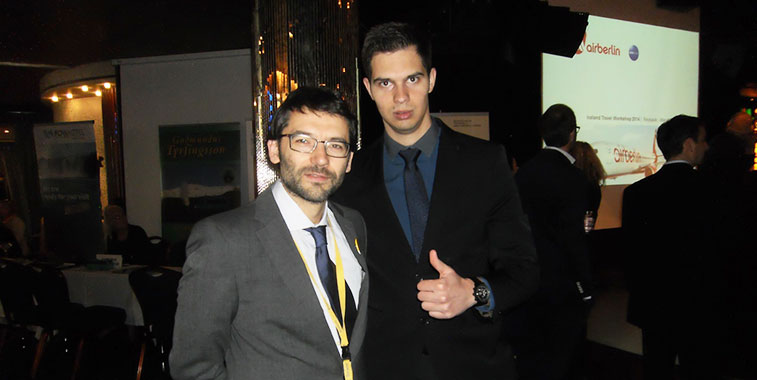 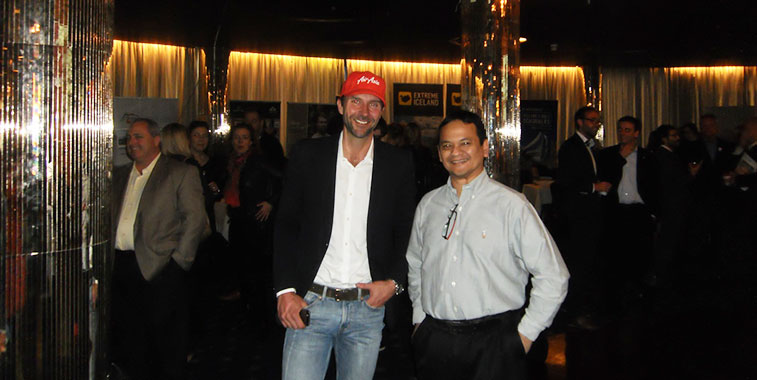 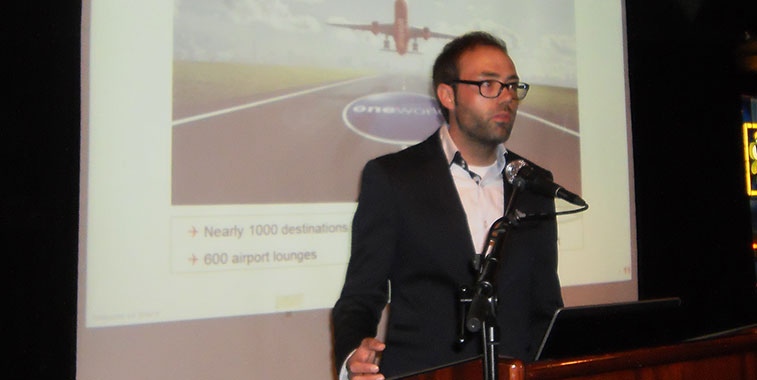 Erik Bergmüller, Manager Touristic Business Development, airberlin discussed the development of capacity to Iceland for S14. The seventh largest carrier in Europe with almost 32 million passengers handled last year, airberlin will experience a growth of 33% (+21,340 seats) in capacity to the country’s main gateway this summer, when compared to the corresponding period last year. Bergmüller mentioned: “airberlin will be serving Reykjavik/Keflavik with a combined total of 452 flights from Berlin Tegel, Munich, Hamburg, Vienna and Düsseldorf.” 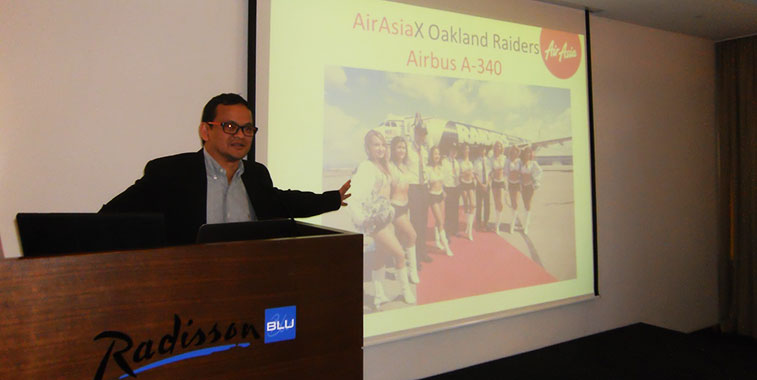 AirAsia was represented at ITW 2014 by Imron Siregar, Director of Flight Operations, AirAsia Indonesia, who spoke about the possibility of offering charter services to Iceland following the launch of AirAsia Indonesia X before year-end. “Indonesians are keen to explore other European destinations than London and Paris, hence, Reykjavik could be one option for the fourth largest country by population in the world,” commented Siregar, who will be appointed as CEO of AirAsia Indonesia X this year.