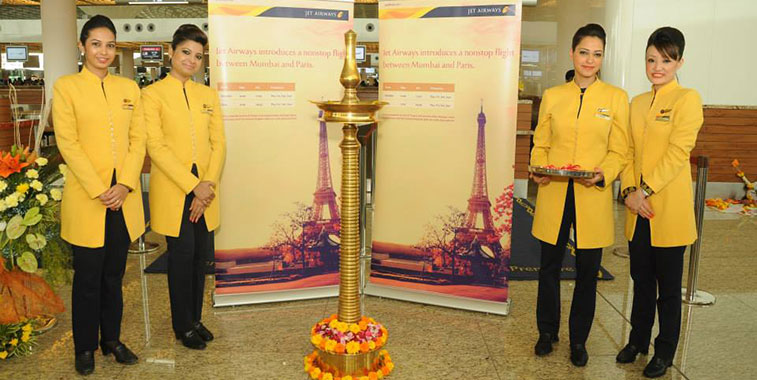 Latest traffic data from the Airports Authority of India (AAI) shows that passenger numbers in the year to March 2014 reached 169 million, an increase of 6.0% on the previous 12 month period. This makes the Indian air travel market slightly bigger than France, whose airports handled just over 161 million passengers during 2013 (but grew by just 2.4%). International traffic has grown by 8.3%, while domestic traffic is up 5.2%.

All of India’s top 15 airports reported growth, though this varied from Lucknow’s healthy 14.3% to Kolkata’s very modest 0.3%. India’s two largest airports in Delhi and Mumbai both grew by around 7%, with Delhi handling almost 37 million passengers. Chennai’s third position is now under threat from Bangalore, though the launch of AirAsia India services from Chennai in the coming months may help the airport to maintain its position. In terms of ranking, Lucknow has now moved ahead of Guwahati into 13th place 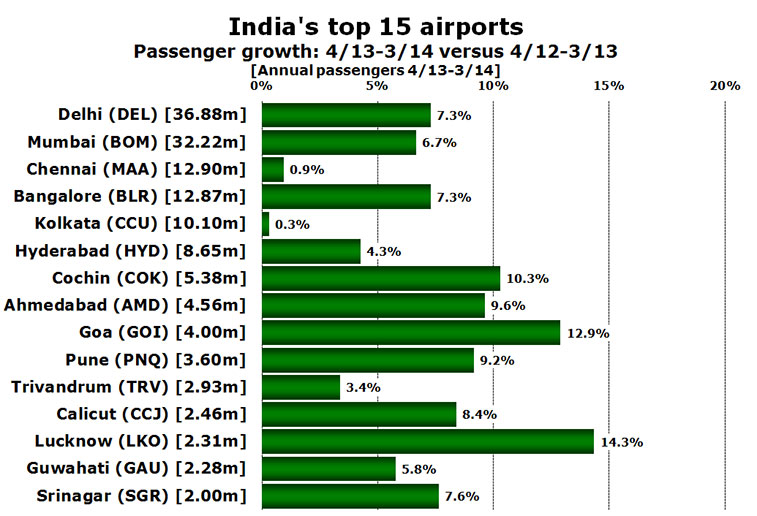 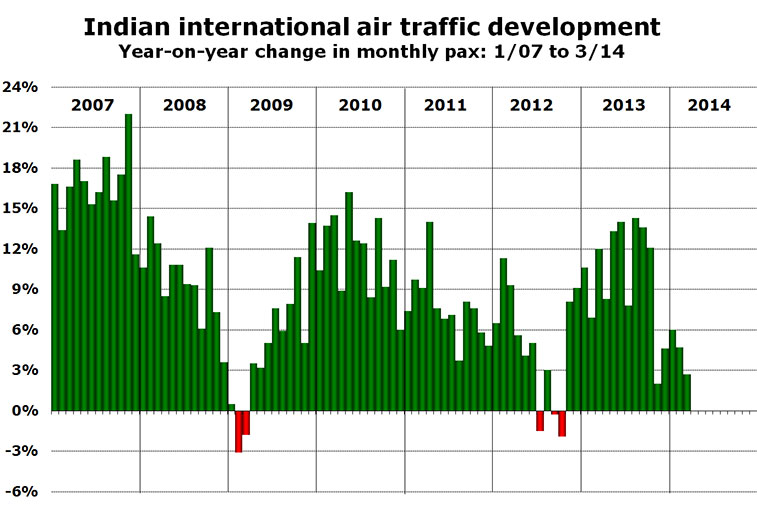 Analysis of Innovata / Diio Mi schedule data for June 2014 and June 2013 reveals that Jet Airways is the leading airline across all Indian airports for international seat capacity, edging Air India into second place. However, if Air India and Air India Express are combined, then the Air India family of airlines would come top. The only other Indian carrier (shown in light green) in the top 15 is IndiGo which has actually reduced its international seat capacity in the last 12 months, not by dropping any routes, but by reducing frequencies on three of its Dubai services. 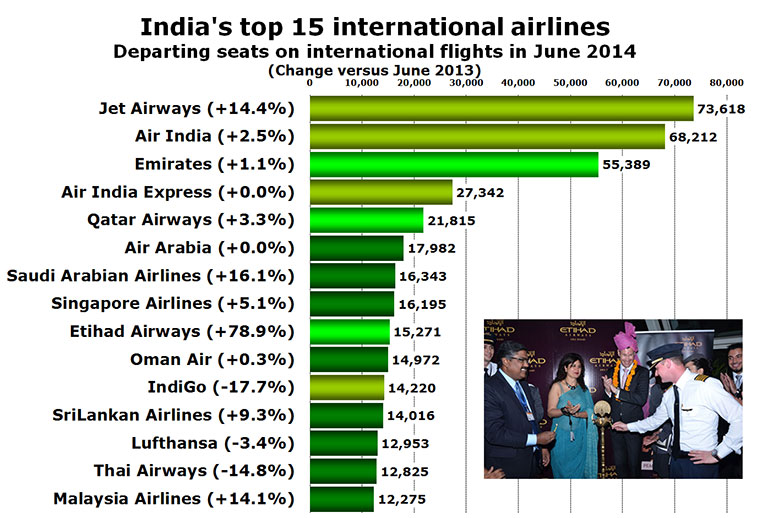 All of the MEB3 carriers (in bright green) are present with Etihad Airways the fastest-growing of all the leading airlines serving India. Its seat capacity is up almost 80% thanks to increased frequencies, the use of larger aircraft, and a new route from its Abu Dhabi base to Jaipur.

Domestic traffic has grown by just over 5% in the last 12 months (to March 2014) to just over 122.4 million, after falling by 4.3% in the previous 12-month period. India’s three busiest airports for domestic traffic all grew faster than the average; Delhi (+6.1%), Mumbai (+7.9%) and Bangalore (+7.8%). Kolkata slipped to fifth in the domestic rankings, experiencing a 2.1% drop in passenger numbers. 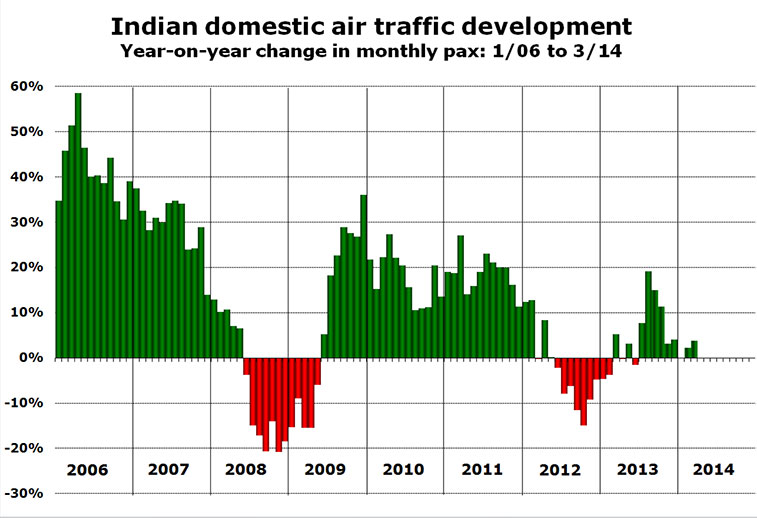 According to latest DGCA statistics for April 2014 IndiGo now has a 31.6% share of the domestic market, followed by Jet Airways (including JetLite) with 21.8%, Air India (18.3%), SpiceJet (17.9%), GoAir (9.5%) and relative newcomer Air Costa (0.8%). The next 12 months will see the launch of two new airlines in the domestic market, AirAsia India and the joint venture carrier involving Singapore Airlines. Whether these carriers will grow the market or take passengers from rival airlines (or both) remains to be seen.