On 29 May, Oakland Airport celebrated with a special event in the terminal the arrival of Norwegian’s thrice-weekly flights from Oslo Gardermoen, a route that was launched the previous day from the Norwegian gateway. Cutting the celebratory cake’s first slice are (left to right): Hilde Janne Skorpen, Consul General, Norwegian; and Deborah Ale Flint, Director of Aviation, Port of Oakland. 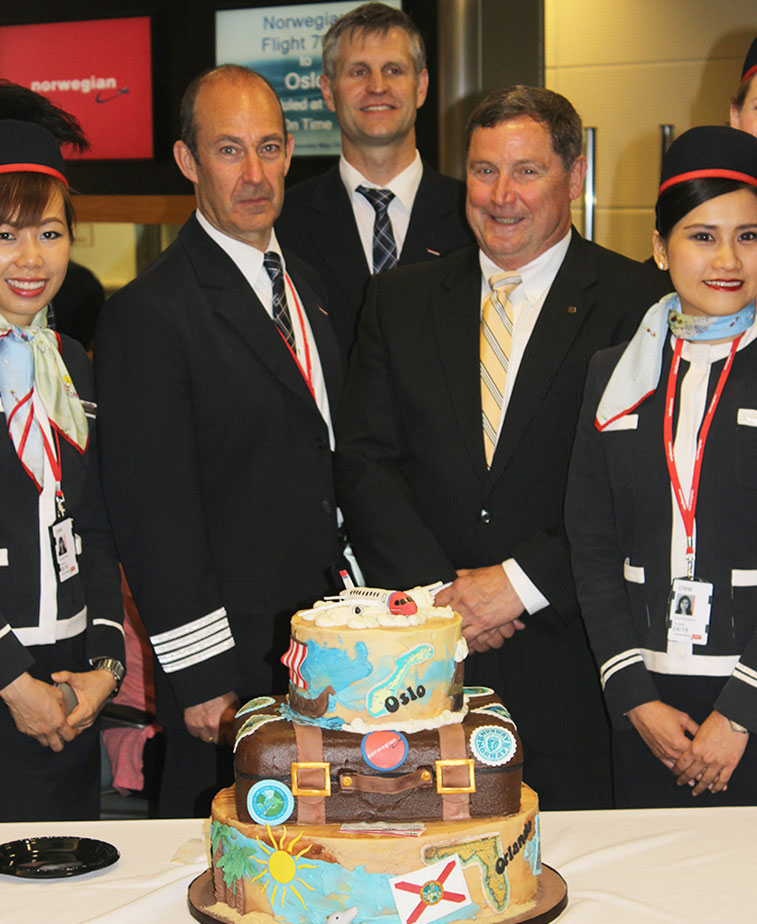 The same day, Norwegian’s twice-weekly flights from Oslo Gardermoen were welcomed with an impressive suitcase-shaped cake at Orlando Airport.

See how Orlando Airport’s FTWA compares to other airports in this week’s Arch of Triumph competition.