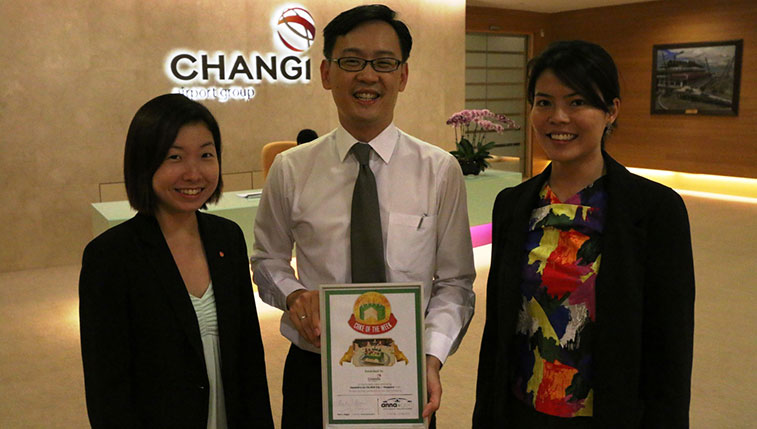 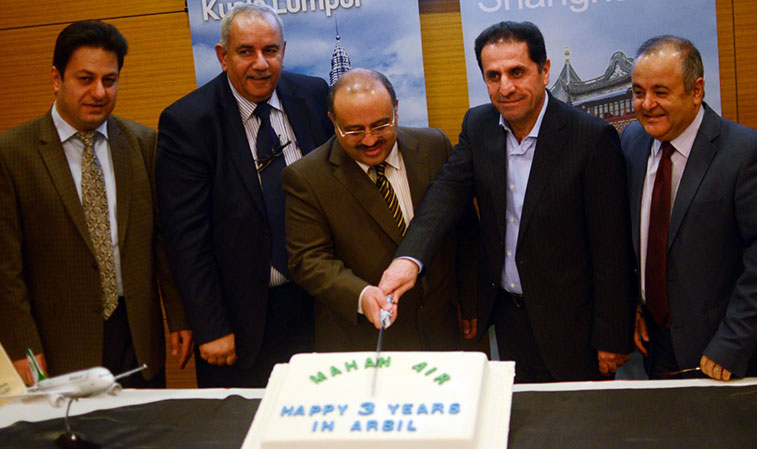 On 22 May, Mahan Air celebrated its third anniversary at Erbil Airport. The airline serves the Iraqi gateway with four weekly flights from its Tehran hub. On hand to cut the celebratory cake’s first slice are (left to right): Mr. Ebrahimi, VP Commercial, Mahan Air; and Mr. Faisal, CEO, Zuzik Aviation. 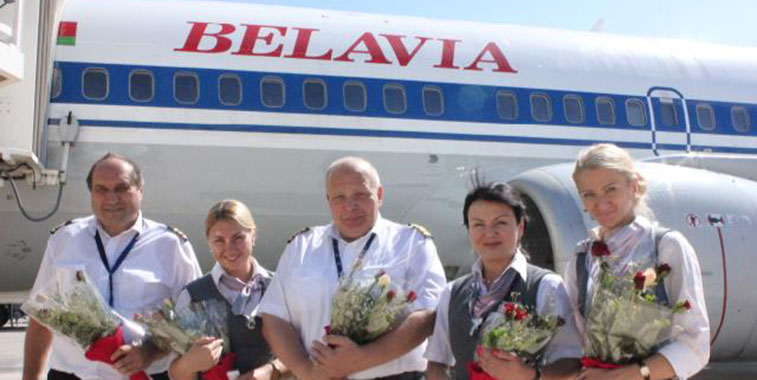 On 30 May, Enfidha Airport, operated by TAV Airports, welcomed Belavia’s first charter flight from Minsk. To celebrate this achievement the airport handed over flowers to both the crew and passengers, and organised a special cocktail reception. Belavia will operate a total of 23 flights between the two cities until September. 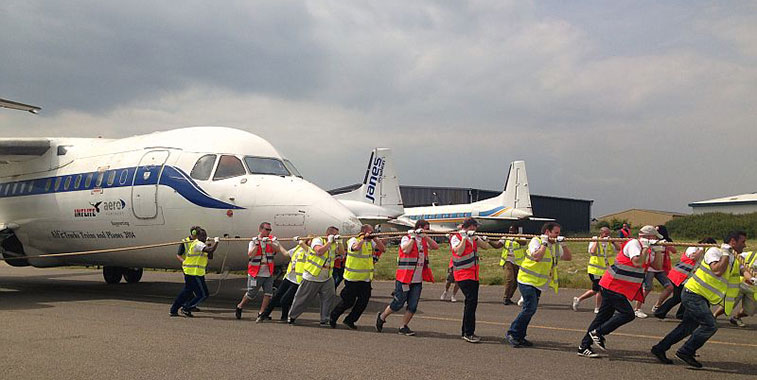 Moved by the sad loss of little Alfi Mjeshtri to a rare brain tumour, 20 kind-hearted colleagues of the four year old’s father, hauled on giant ropes to pull an Avro RJ85 at London Southend Airport on 29 May. Further challenges will take place on 28 June and 5 July, which include pulling a train at Coalville, Leicestershire and a Stobart truck at Bardon, Leicestershire respectively.