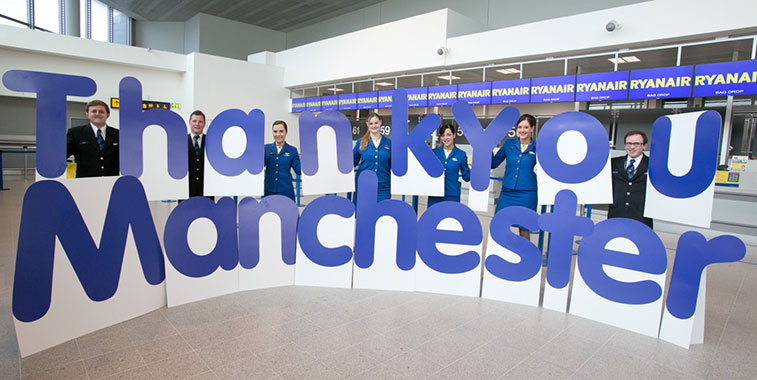 On 5 June, Ryanair celebrated 11 million passengers at Manchester Airport. The ULCC celebrated this milestone by releasing 100,000 seats for sale across its European network, at prices from £19.99 for travel in July, August, September and October. Commenting on the achievement, Lisa Cashin, Sales and Marketing Executive UK & Ireland, Ryanair, said: “We are delighted to celebrate 11 million passengers at Manchester airport. Ryanair began operating at Manchester 20 years ago with a route to Dublin and today it offers passengers in the North West a choice of 36 exciting destinations.” 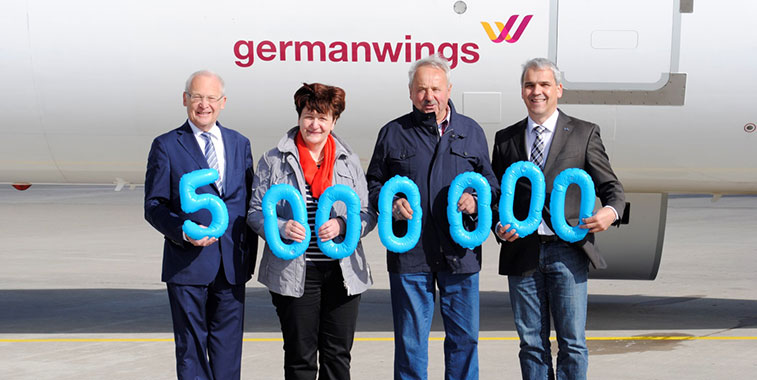 On 5 June, Memmingen Airport passed the magical five million passenger figure, since TUIfly launched the first commercial service from the German gateway on 28 June 2007. The lucky passenger was William Greulich (third from left), who was travelling with germanwings to Berlin Tegel. He was awarded a pair of return flights from Memmingen and one-year free parking at the airport.