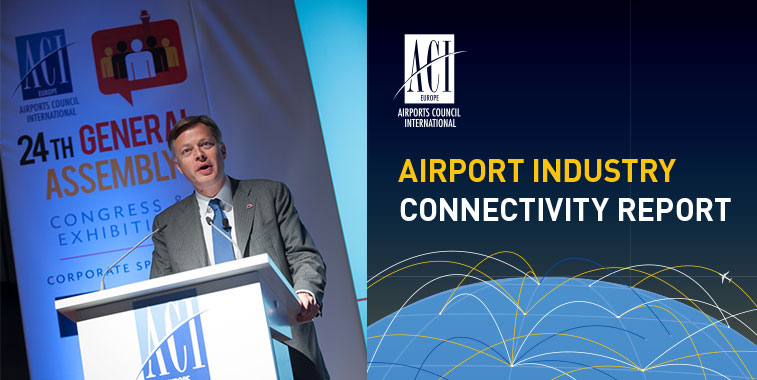 An “alarmed” Arnaud Feist, President of ACI EUROPE and CEO of Brussels Airport, said direct connectivity at EU airports has fallen by -7%, while the biggest EU hubs have lost 10% of their market share on indirect connections out of Europe, mainly to the MEB3 Gulf hubs. Check out the ACI EUROPE Airport Industry Connectivity Report.

Messe Frankfurt this week: ACI EUROPE’s Airport Industry Connectivity Report was launched at its Annual Congress and Exhibition, hosted by Fraport, providing eye-watering evidence of just how much the Gulf hubs of the MEB3 (anna.aero’s Middle East Big Three) have eroded the competitiveness of the European hubs in the past 10 years.

“These findings are alarming and they should serve as a wake-up call to our governments and the EU institutions,” said Arnaud Feist, President of ACI EUROPE and CEO of Brussels Airport. Feist demanded that airports be allowed to build the runways they need and curb taxation. Feist also said: “We are not talking about a defensive agenda of limiting traffic rights for some airlines – we want to open up market access with our main BRIC, ASEAN and MINT trading partners as a priority.” 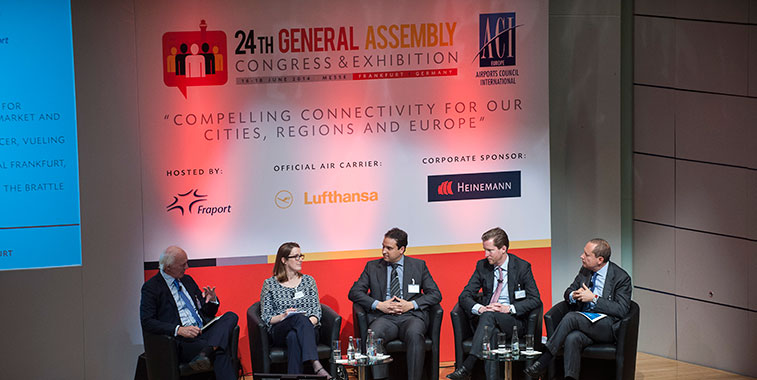 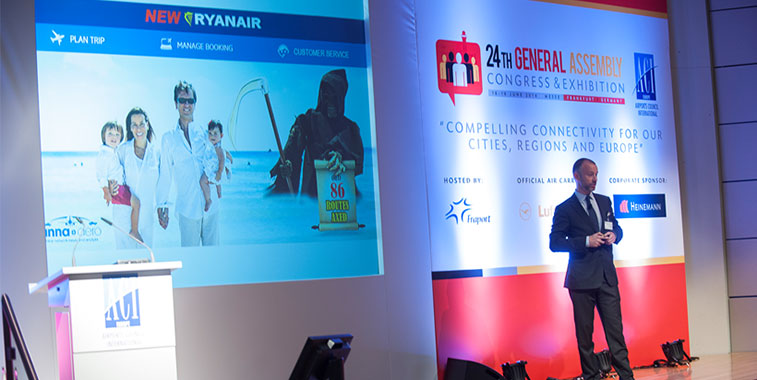 ACI EUROPE Director General Olivier Jankovec illustrates “The State of the Industry” – with a little help from anna.aero analysis.

And now the good news…

The ACI EUROPE Best Airport Awards 2014 were also presented at the Frankfurt Congress, judged on a raft of business and operational disciplines ranging from retail to community and environmental prowess and, of course, the ability to attract new airline routes. 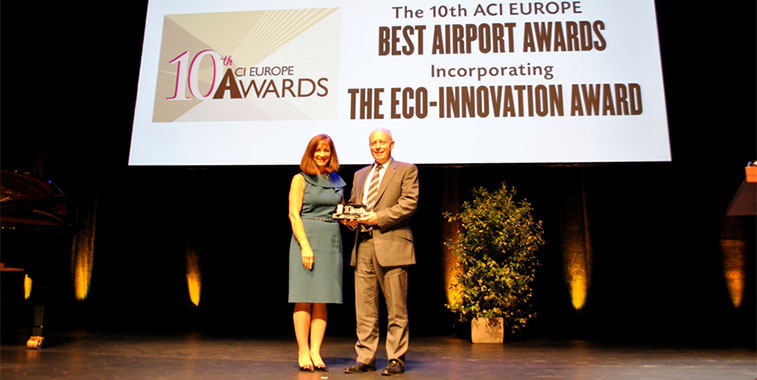 London City Airport: Now three-times-a-winner in the ACI EUROPE Best Airport in the Under 5 million passenger category “for great achievements in quality of service, for its strategic role in the economy of the city it serves, and for demonstrating an eagerness to innovate alongside active sustainability and community agendas”. Catherine Mayer, Vice President, SITA, presents the award to Patrick Burrows, LCY Chief Financial Officer. 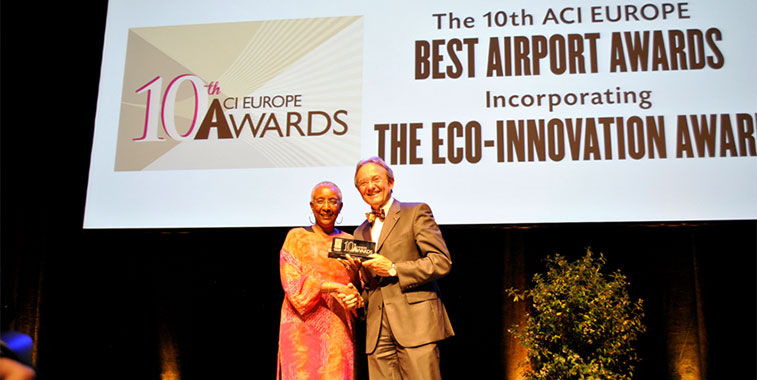 ACI World Director General Angela Gittens presents Georg Fundel, Managing Director of Flughafen Stuttgart, with Best Airport Award 5-10 million passengers. “A city where they make some of the world’s most prestigious brands, such as Porsche and Mercedes, needs a great airport to sell products like these in every corner of the world.” 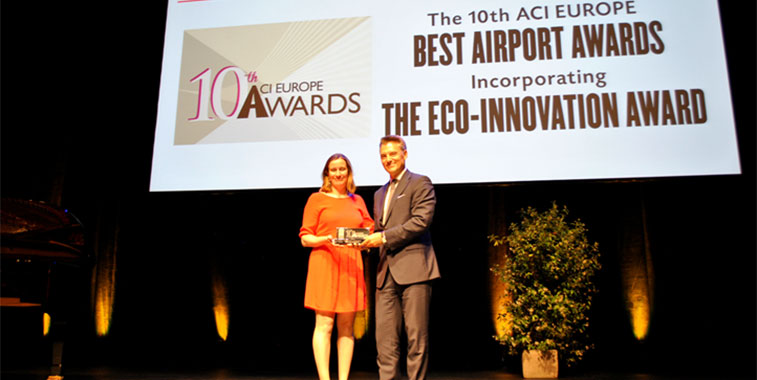 Yiannis Paraschis, CEO of Athens International Airport, accepts the award for Best Airport 10-25 million passengers “for overcoming the downturn and entering the recovery – a good sign for the industry in these difficult times”. The presentation is made by Emmanuelle Maire, Head of Unit, Internal Aviation Market and Airports, DG Transport. 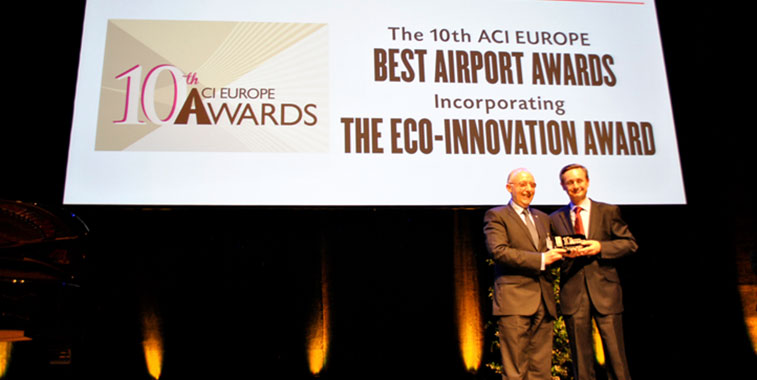 Barcelona Airport is Best ACI EUROPE airport in the over 25 million passenger category “for being number #1 in the world last year for the most new routes with more than 50 launches.” Salvatore Sciacchitano, Executive Secretary of ECAC (one of the award judges) presents the trophy to Aena’s Head of International Relations and Airline Marekting, Ignacio Biosca.