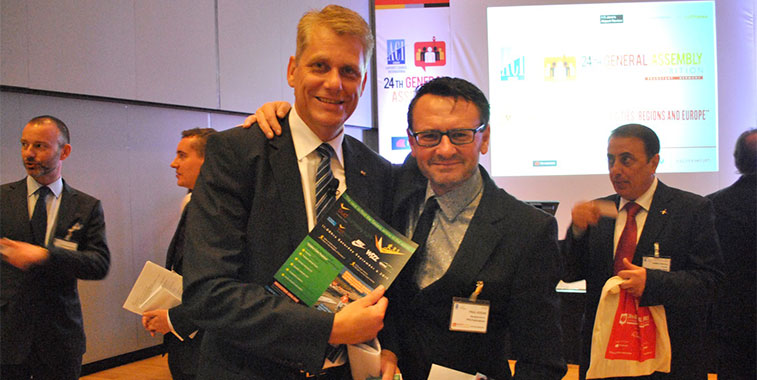 Harry Hohmeister, CEO, SWISS International Airlines, the keynote speaker at ACI EUROPE’s Annual Congress, is pressed to compete for “The Fastest Airline CEO” medal in the race on Budapest’s runway. Hohmeister would also use the sporting analogy of “a level playing field” to promote airline consolidation after hearing about the “alarming” degradation to connectivity in ACI EUROPE’s “Airport Industry Connectivity Report”. You’ll find the Budapest runway is very level Harry!!!

After last week’s recruitment drive at the IATA Slot Conference in Abu Dhabi, the “bud:runway run” Roadshow rolled into the ACI EUROPE Annual Congress & Exhibition hosted by Fraport at the Messe Frankfurt this week.

“bud:runway run” is a running race which will take place on Runway 13R-31L at Budapest Airport on Saturday 6 September in aid of child cancer charities and other good causes. There are two races (6km = two runway lengths and 12km = four runway lengths) which has been organised by an expert coalition of race host Budapest Airport, Nike, Wizz Air and anna.aero. Wizz Air serves as both the race’s Platinum Sponsor and Official Carrier, Nike Sport will provide marathon-grade race organisation, while anna.aero is using its reach to 100,000 unique visitors to its specialist route news and analysis to broadcast the event to the world’s air transport community.

EVERYONE in air transport welcome

People from airlines, airports and enterprises across the aviation community are being invited to compete for a series of anna.aero-Budapest Airport “Golden Cake Trophies” including the key team prize of the “The Fastest Airline in the World” and the top individual categories of “Fastest Airline CEO” and “Fastest Airport CEO” (with separate prizes for male and female winners). There are many other prize categories ranging from airport retail to ground handling – absolutely everyone in air transport is welcome. 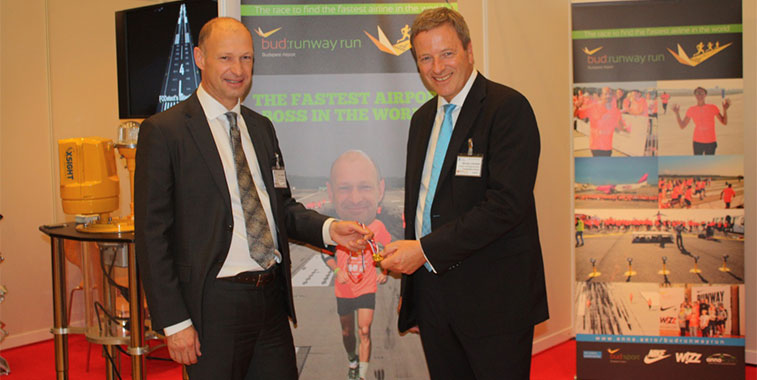 “But I am the fastest airport CEO!!!” bud:runway run host Jost Lammers, CEO Budapest Airport, makes a pitch at recruiting a Cologne Bonn Airport team – and the Chairman of Management Board Michael Garvens. 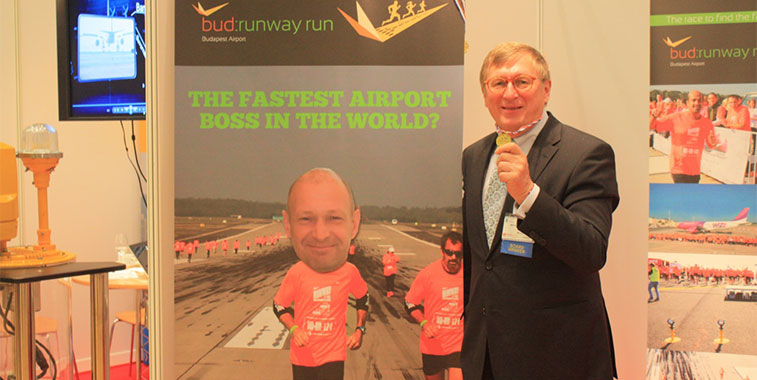 I want one of these: Michael Kerkloh, President & CEO, Munich Airport, regularly runs 10-12km. “I can run so much faster than Lammers.” 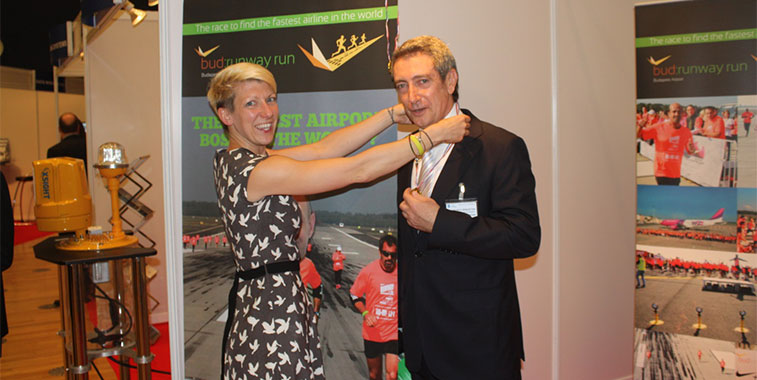 Could this be mine??? Francisco Sebastian, Director, ANA Aeroportos de Portugal, is not normally a runner, but dreams of putting on a “bud:runway run” finishers’ medal for real (everyone taking part will get one). 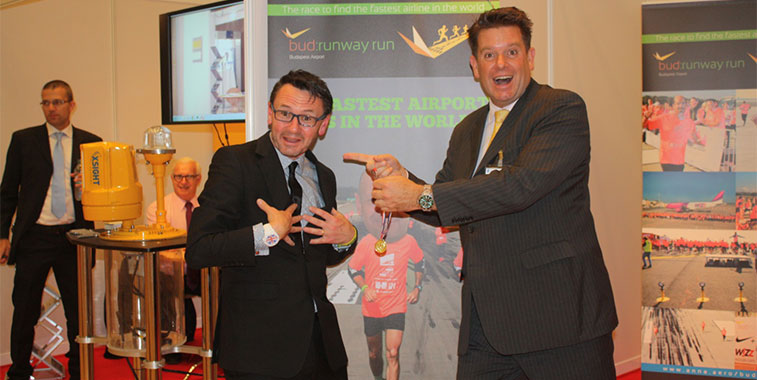 anna.aero’s publisher, Paul Hogan unexpectedly has a medal forced on him by Daniel Burkard, Director Strategy, External & International Relations, Moscow Domodedovo Airport. (anna.aero says: Don’t give the gong to Hogan – get a chest-full of medals for DME Daniel!!!) 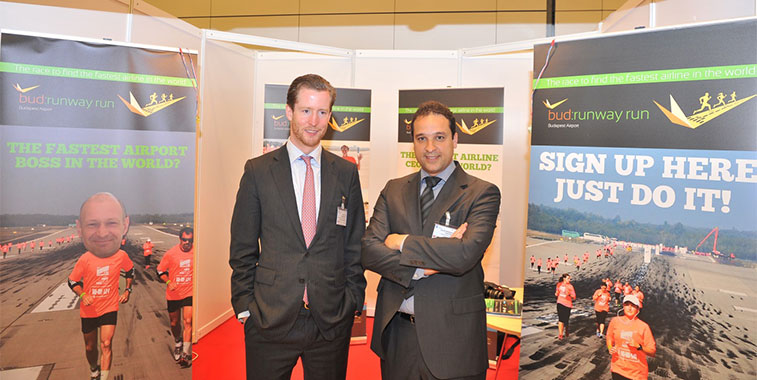 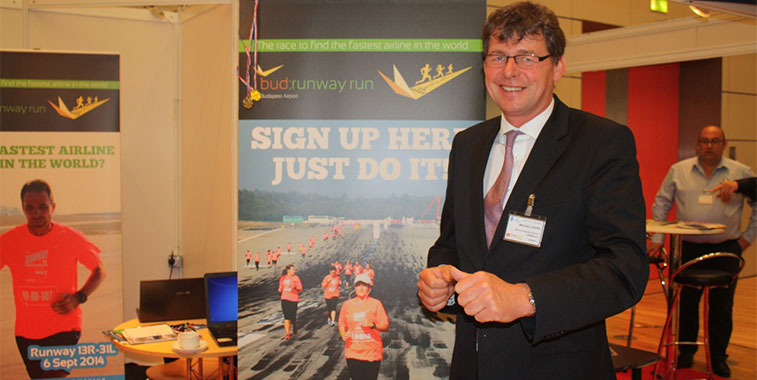 Just Doing It: Michael Hoppe, Executive Director, BARIG (Board of Airline Representatives in Germany), is also a regular 10km competitor so he’ll be verrrrrry comfortable with running 12km on Budapest’s runway (four lengths). 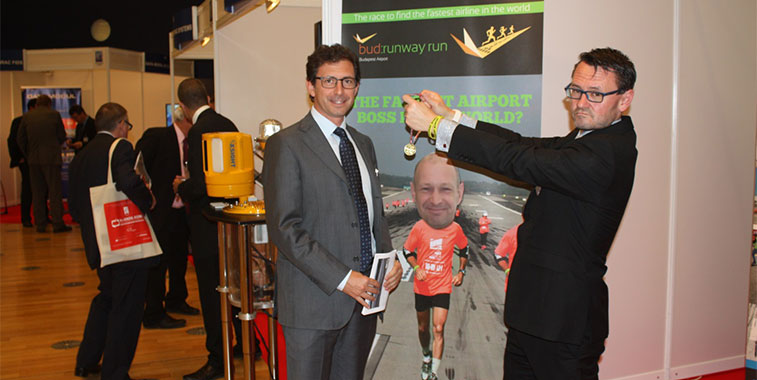 Alessandro Fidato, Infrastructure & Operations Director, GESAC SpA (Naples Airport), used to be runner, but now plays tennis. (anna.aero says get rid of the racket Alessandro, and start getting ready to take on a much bigger hard court!) 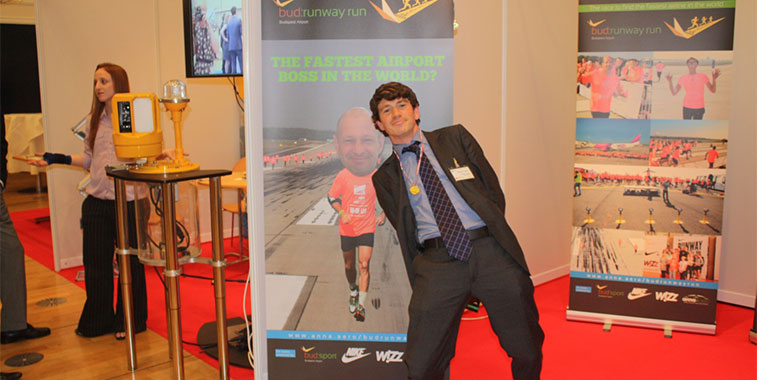 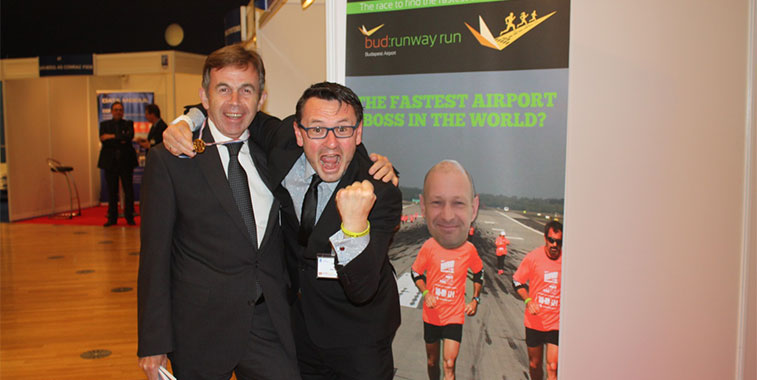 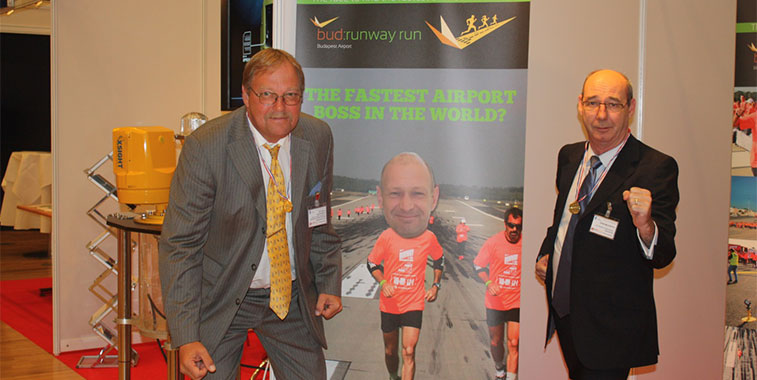 ServiceTec’s Ton Oosterwijk, Director, and John McCarthy, VP Cyber Security, will take part in the run if it means Ton can get a meeting with Budapest Airport to talk cyber security. Come along on 6 September Ton – networking is a big part of this whole event… 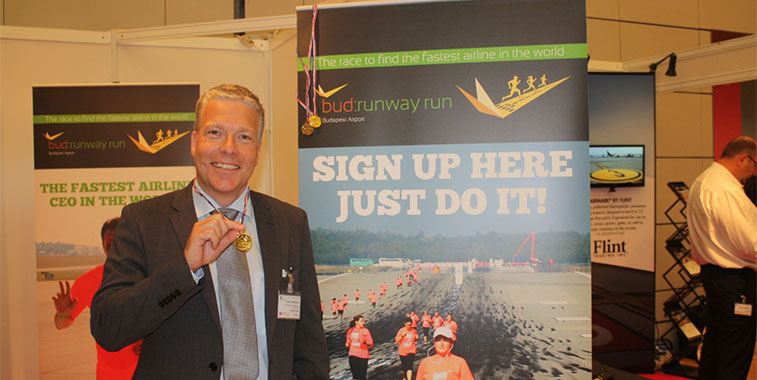 …because as you can see, this man is already a winner: Kent Espersen, EMEA Sales & Operations Manager, Brüel & Kjaer A/S. Already a BUD supplier – and half marathon runner.