Data for 2014 shows that demand is up just over 4% in the first quarter of 2014 with Vancouver, Calgary, Victoria and Kelowna all reporting growth in each month so far of between 5% and 10%. Again, Ottawa and Halifax have seen small declines in demand on a year-to-date basis. 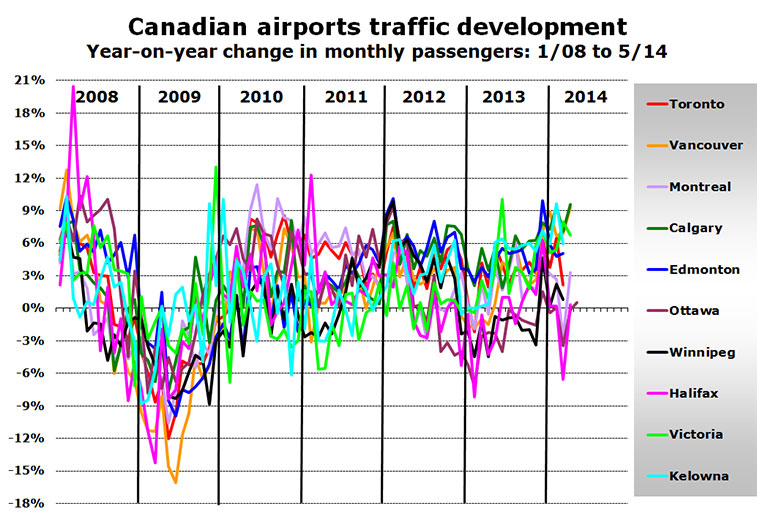 International traffic up 10% in Vancouver

The eight busiest Canadian airports all break down their traffic figures into domestic, transborder (US) and international (non-US). A graph of 2014 year-to-date ‘growth’ for each airport by region reveals that domestic traffic is up at all eight airports, although at half of them the increase is less than 2%. In the transborder market five of the eight airports are reporting growth, led by Calgary (+9.0%), Edmonton (+8.4%) and Vancouver (+8.1%). 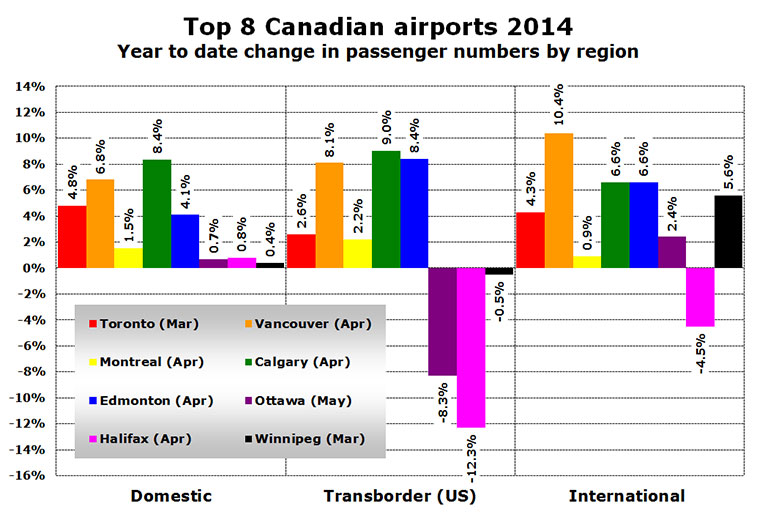 International (non-US) traffic is up at seven of the eight airports, with Vancouver even reporting double-digit growth in the first four months of 2014. The top five airports are reporting growth in all three market segments so far in 2014.

The following new international (including US) services have already started in 2014 from Canada’s main airports:

This week saw a significant milestone with the launch on 15 June of WestJet’s first ever transatlantic flights from St. John’s in Newfoundland to Dublin in Ireland. The daily service, which will operate until the end of October will originate in Toronto Pearson, enabling one-stop, same plane operations between Canada’s busiest airport and Dublin.