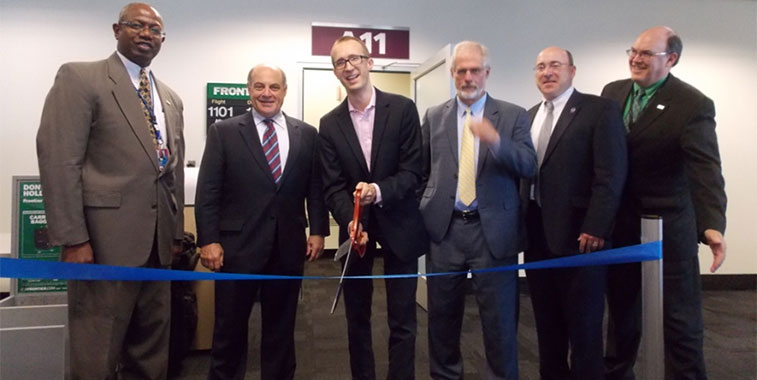 According to a recent analysis by Airline Weekly, the airport with the biggest reduction in seat capacity (in absolute seats as opposed to percentage change) for 2014 Q3 compared with 2013 Q3 is Cleveland Hopkins International Airport. The explanation for this is relatively simple. Since last September, United Airlines has terminated over 30 destinations from the airport. However, despite this 40% reduction in seat capacity, United remains the biggest carrier at the airport, serving 26 destinations non-stop this August. Sensing an opportunity, Frontier Airlines has stepped in and is rapidly increasing its presence at the airport from a single route to Denver, to some 17 destinations by the end of the year. This week alone saw the Denver-based LCC start eight new routes at the airport. 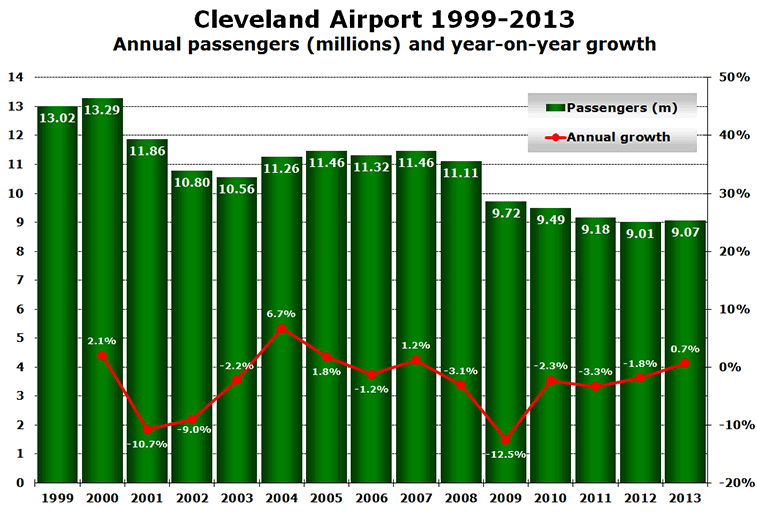 From a peak of 13.3 million in 2000, Cleveland’s annual passenger numbers have been between nine and 10 million for each of the last five years. Last year’s small increase in demand (up 0.7%) ended a run of five successive years of declining passenger numbers.

Analysis of weekly schedule data for August 2014 and August 2013 reveals that while seat capacity is down just under 20%, the number of weekly flights has fallen by over 35%, as many of United’s suspended routes were operated with smaller regional aircraft. 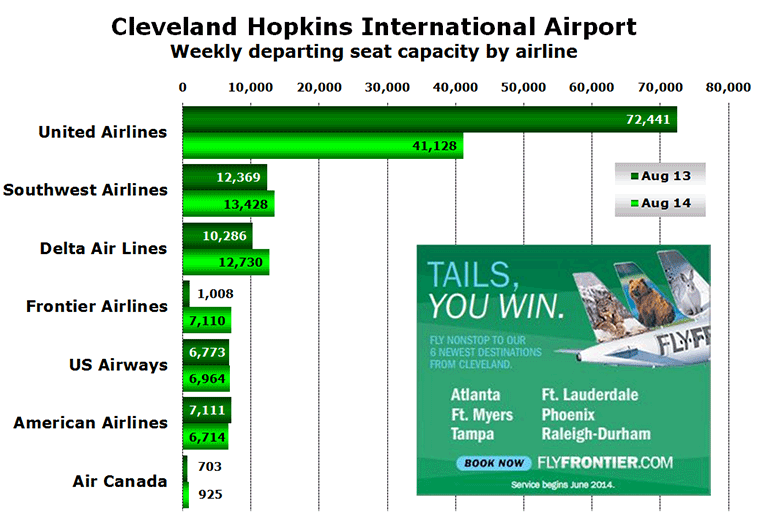 Frontier began service to Trenton in February, launched eight new routes during the last week (to Atlanta, Fort Lauderdale, Fort Myers, Orlando, Phoenix, Raleigh-Durham, Seattle-Tacoma and Tampa), and is adding routes to Dallas/Fort Worth in August and Las Vegas in September. Earlier this week it revealed plans to start serving Chicago O’Hare, New York LaGuardia and Washington Dulles in October. In addition, Frontier will also offer international services to Cancun in Mexico and Punta Cana in the Dominican Republic, in partnership with Apple Vacations. This will bring the number of destinations served by the airline from Cleveland to 17. 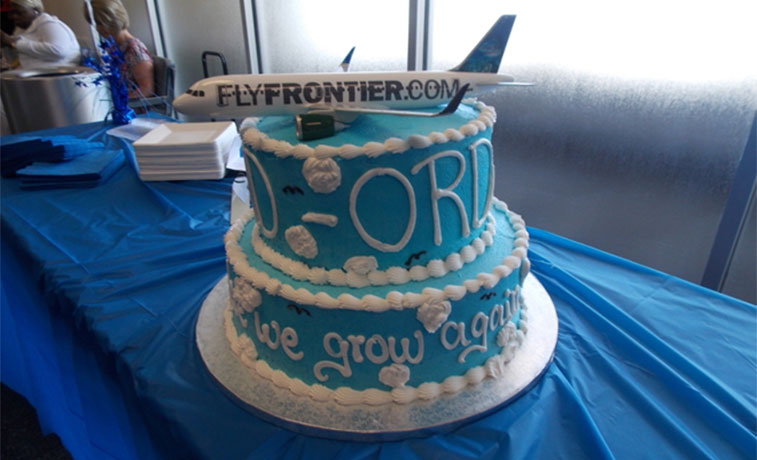 While Frontier is growing its network rapidly at the airport, Delta Air Lines also started new routes on 5 June from Cleveland to Hartford, Indianapolis and Raleigh-Durham. This raises to eight the number of destinations served non-stop by Delta, the other five being routes to its hubs in Atlanta, Detroit, New York (JFK and LaGuardia) and Minneapolis-St. Paul.