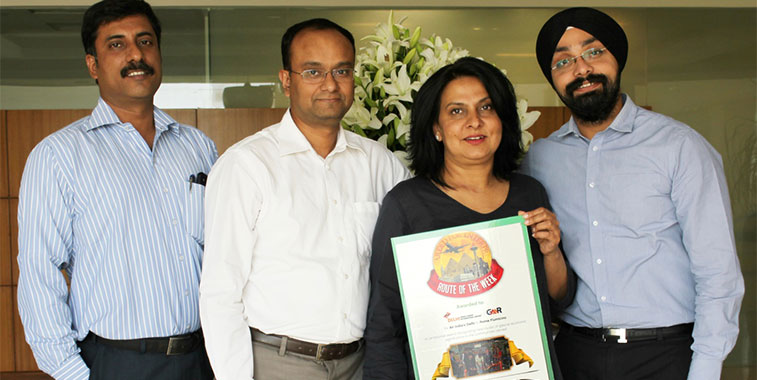 Despite the crisis in Ukraine, Odessa was hardly affected, with the local gateway having recently welcomed a new carrier on 4 June, namely Ellinair. The Greek operator inaugurated the 911-kilometre sector from Thessaloniki with weekly flights operated on Tuesdays until 1 October, utilising its Avro RJ85. To celebrate this achievement, Odessa Airport organised a special ceremony, including the traditional water arch salute, a ribbon cutting and a special cake on 4 June. This inaugural flight comes just in time, as Odessa is gearing up to host The International Film Festival in less than a month. After less than nine months of operations at Kosice Airport, Wizz Air celebrated its 50,000th passenger on 9 June. The lucky passenger — Timothy Cook, who was travelling from London Luton, received a return ticket and a welcome present from Kosice. Commenting on the achievement, Karl Dandler, CEO, Kosice, said: “The first ever Wizz Air flight landed at Kosice on 17 September 2013, and less than one year later the airline already offers 10 weekly flights to London Luton on one of their new Airbus A320s.” Brussels Airport greeted US Airways’ inaugural flight from Charlotte on 5 June with the traditional water arch salute. See above for an unusual view of this welcoming ceremony, which was filmed with a camera mounted on one of the tenders. On 7 June, Batumi Airport, which is operated by TAV Airports, celebrated the first flight of Enter Air’s charter services from Warsaw Chopin. Passengers were greeted with flowers and dancers at Batumi. The Polish operator will perform operations to the Georgian gateway twice-daily on Saturdays. 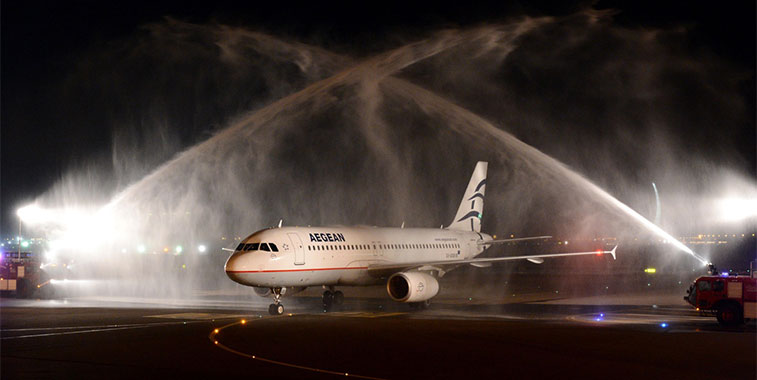 On 15 June, Abu Dhabi Airport welcomed with the traditional water arch salute Aegean Airlines’ 168-seat A320 that was being operated from Athens. The 3,265-kilometre sector route between the two capitals was inaugurated on 28 May and is currently served four times weekly. On 2 June, Milan/Bergamo Airport re-opened its runway after closure for a major maintenance project. The works have taken place in three stages, with the first one beginning around 8 March. The work initially started in part and did not result in any flight restrictions as it was focused on the west side and in the area north of the aircraft apron. From 26 April, while ensuring that the airport continued to be operational, the second phase was started which affected the east end of the runway. The third stage, which was carried out for 20 days from 13 May to 1 June, has resulted in the total closure of the runway. The overall project involved: laying out over 220,000 tonnes of new asphalt, 56,000 square metres of runway markings, 295 kilometres of power cables; installing more than 2,000 new lights with LED technology; and ground surfacing of 550,000 square metres (the equivalent of 80 football pitches).