Wizz Air’s inaugural flight to London Luton was celebrated with a cake ceremony at Sibiu Airport in Romania on 14 June. Commenting on the launch, Ioan Gardea, GM, Sibiu, said: “I trust that this step is the first in a series that will be the basis of a strong and long lasting partnership which will ensure the connection of the airport with a large number of destinations in Europe and beyond.” 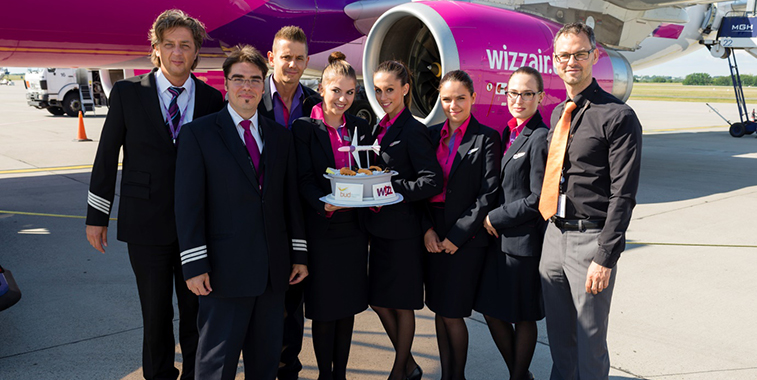 Celebrations continued over the other side of the Romanian border, with another cake at Budapest, to commemorate Wizz Air’s first flight to Alicante. Marking the achievement is: Balázs Bogás, Head of Airline Development, Budapest (left); along with Wizz Air’s crew of the inaugural flight to Alicante.