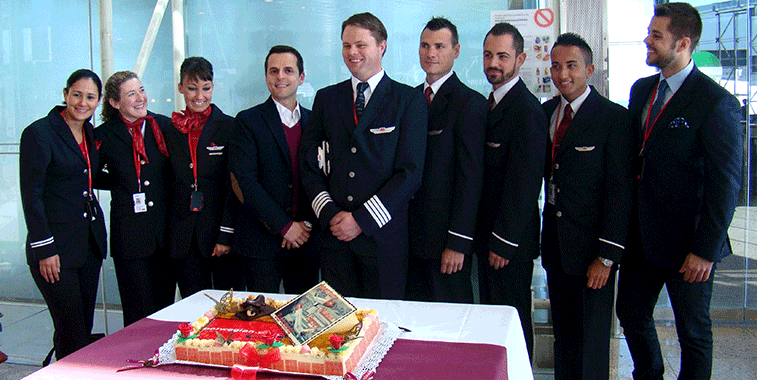 Norwegian has opened new bases in Barcelona (April) and Madrid (June), helping it to become the fastest-growing airline in Spain in the first half of 2014. Norwegian’s passenger numbers at Spanish airports were up 50% in the first five months of 2014, making the airline the ninth biggest in the country.

Data for the first five months of 2014 from Spanish airport operator Aena, shows that passenger numbers at Spanish airports are growing once again, with passenger numbers up 4%. In 2013, passenger numbers had fallen by 3.5% to 187.4 million, while the number of aircraft movements fell by 7%. Of the eight biggest airports on the Spanish mainland, nearly all reported traffic growth in April and May, with the exception of Girona (where Ryanair has cut capacity) and Valencia (down 1% in May). After reporting year-on-year traffic declines (for all Spanish airports combined) for every month between January 2012 and October 2013, demand has been growing every month since November 2013, even in March 2014, which did not have the benefit of Easter. 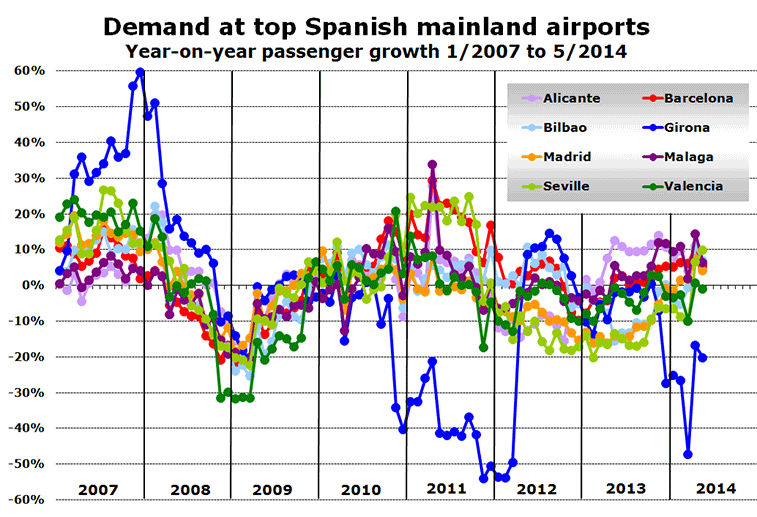 Looking at the top 15 Spanish airports for the first five months of the year, the best performing airports have all been in the Canary Islands, with Lanzarote beating Fuerteventura and Gran Canaria for the title of fastest-growing airport. Apart from Girona, other airports with significant drops in traffic have been Santander (-26.5%) and Reus (-26.0%). On the positive side, A Coruña has seen passenger numbers grow by 38.3%, primarily thanks to the launch last June of Air Europa’s multiple daily flights to Madrid. 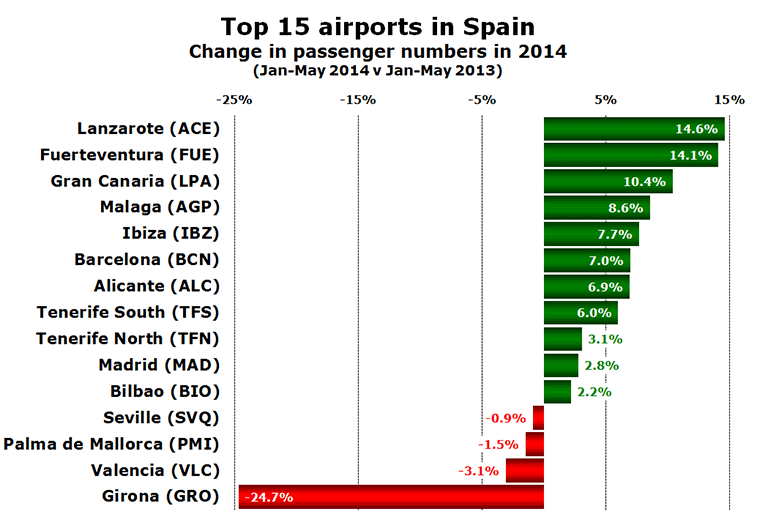 Norwegian fastest-growing Top 15 airline in May 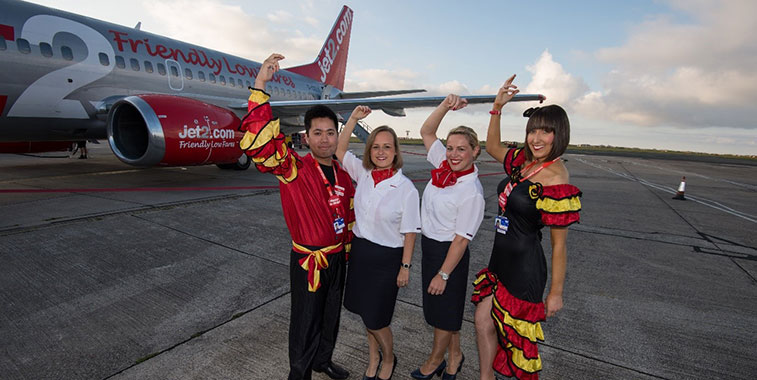 A new weekly service from Blackpool to Menorca was one of several new Spanish routes which has helped Jet2.com become the second fastest-growing major airline in Spain, based on Aena traffic statistics for May this year. 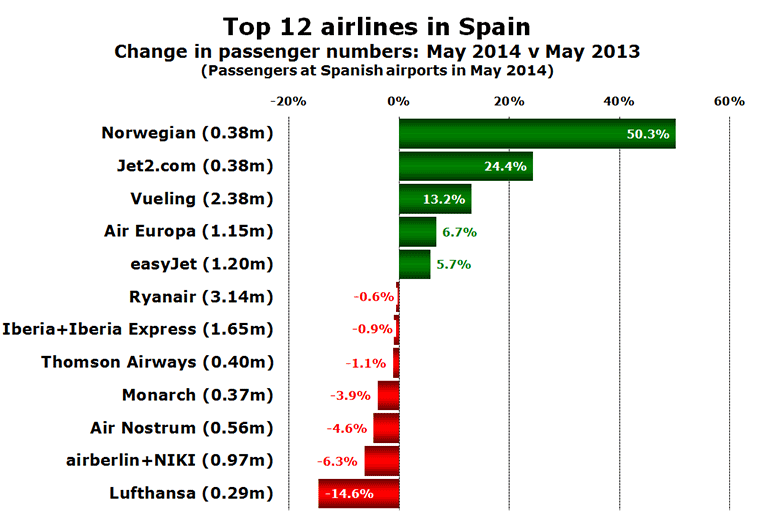 Ryanair’s passenger numbers are almost unchanged from last year, while easyJet has seen an almost 6% growth in its demand, as it battles with Air Europa for the position of Spain’s fourth biggest airline. Lufthansa’s traffic decline can be explained by the airline’s transfer of Spanish routes from Düsseldorf and Berlin to its lower cost subsidiary germanwings.